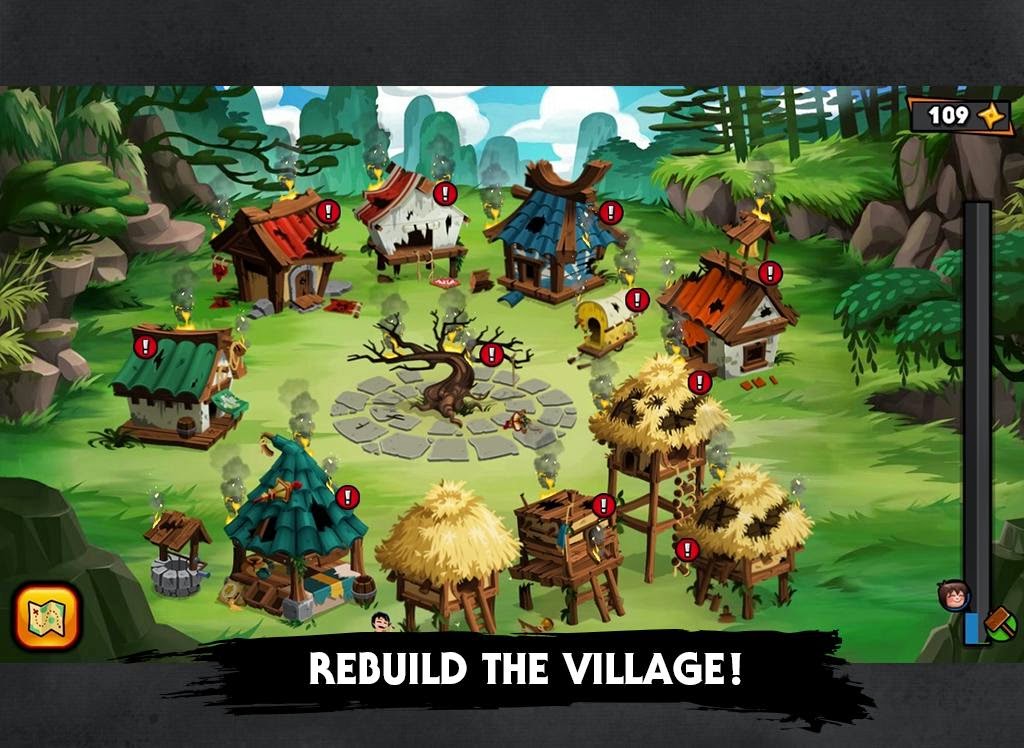 What makes a mobile game insanely addictive? Sitting down to play Nun Attack Origins: Yuki’s Silent Quest. Playing this for the first time, I instantly had the same feelings I had when I was lost in an Angry Birds black hole a few years back; I got so addicted to that game that I tried to get three stars in every level (almost achieved it too!). Yuki’s Silent Quest mixes stealth, strategy and speed to offer a game that is fun at first but might not be interesting enough to retain interest as long as other addictive mobile games.

You play as Yuki, a nun aiming to rebuild a village of orphans by taking out their attackers. Those attackers vary in difficulty from sleeping guards and seemingly coked-up guards to ultra-fit guards who can only be killed when they take a break from their guarding duties to get in a few quick push ups or sit ups. It’s a fairly bizarre world but one that I found myself getting drawn into initially. 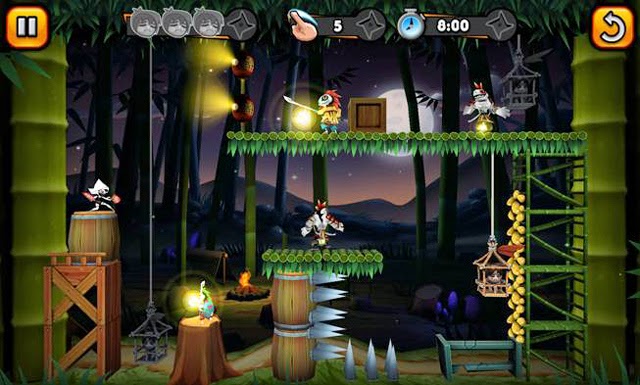 Each level requires you to fulfil three objectives – save three orphans from cages, do it in under a set number of moves and within a short period of time. And the plus is that you can progressively achieve the three objectives. There are also extra bonus games at the end of every four levels where the game throws all the pretences of originality out the window and becomes Fruit Ninja; you’ll have to slice bread that flies up from the bottom of the screen without hitting the bombs. Having the village to rebuild as well with the ninja stars you gain from each level gives you an extra objective and should hold you in the game.

The art style of the game is stunning and it is clear that Frima love this franchise. It’s dripping with polish from the cartoon opening to the fluidity of the movements and the ease of play, which isn’t generally as spot-on as this on mobile devices. It’s clear a lot of love has gone into this game as a kind of prequel to Nun Attack and Nun Attack: Run and Gun. It’s strange with all this stuff going for it that it’s just not as addictive as the Angry Birds and Fruit Ninja’s of the world. It’s just a theory but it might just be the lack of complete simplicity that means Yuki’s Silent Quest isn’t as successful as games it resembles. With all the objectives and relatively complex gameplay systems, it’s like the developers sat down and tried to add in as many aspects of other successful games they could think of and as a result the game feels like it is trying to come up with too many reasons for you to stick around.

When I sat down to play the game at first, I did get drawn in and was left with the impression that I would be in with this game for the long haul. Since then, I have less inclination to dive back into the world. It’s not to say it’s a bad game; it just has the feeling that something isn’t right.

Some people won’t like Yuki’s Silent Quest because of the need to replay levels constantly to complete objectives. It does get tiring but feels like you have achieved something when you finish a level. In terms of gameplay, it’s a solid game. It looks great and plays great. Downloading it will not be a mistake. It’s just disappointing that it feels like fallen ever so short of being a classic mobile game.

America isn’t the biggest market for games… so why are all the big budget games still made for Americans?