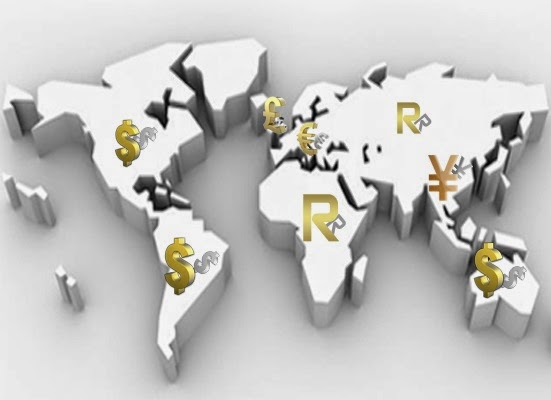 Here’s a fascinating little fact I’ve come across; according to data from Newzoo, North America is no longer the biggest market for games.

The USA is still the largest single market for games, reporting $20.5 billion in revenue from games, but looking at game revenue from a regional perspective, the North American market, worth $22.2 billion, is now smaller than the Asia Pacific market, which is worth $36.8 billion.

In Asia Pacific, China is now the largest market for games, with $17.9 billion in revenue, followed closely by Japan, at $12.2 billion. China, Japan and the US are an order of magnitude larger than than any other individual games market, with Germany being a distant fourth at $3.5 billion, but Asia Pacific has a couple of other significant games markets, including Korea ($3.4 billion), Australia ($1.1 billion, with is huge for a tiny population), Taiwan ($643 million, and another tiny population), and India ($583 million with massive growth potential given that the nation is rapidly modernising).

You can see the list of top 100 nations by game revenue here.

This interests me so much because the games industry, especially in terms of the big budget AAA-games, is still heavily (heavily) focused on America and selling to the American culture and interests. Franchises such as Call of Duty, Battlefield, and the Tom Clancy games are all franchises which are either outright patriotic, or at the very least told from a heavily “Western” perspective, which when it comes to military matters does mean “America.”

Meanwhile, over in Japan, developers and publishers are also falling over themselves to try to appeal to “the West.” So many Japanese franchises, from Silent Hill to Ninja Gaiden and Castlevania have been farmed out to Western developers to try to better appeal to the American market. Some of them work (Retro’s work with Metroid being the perfect example), but often these “Western” attempts at Japanese franchises lose the cultural flavour that made them so appealing in the first place. Things get even worse when publishers such as Capcom (Resident Evil), Square Enix (Mindjack) and Tecmo Koei (Quantum Theory) decide to try and make “Western” games from within Japan. These games are almost universally panned for missing the point on what makes these kinds of games popular for Americans, and with good reason. Japan is a very different culture to America, and it has a very different view on the world.

Ask anyone in the industry which market they want to be successful in, and the answer is going to be “America” nine times out of ten. America dictates the kind of sports games that the likes of EA produce (it’s not a coincidence that Football, Grid Iron, Ice Hockey, UFC and Basketball are on the EA sports label and cricket, or Rugby Union are not, for instance). America determines the narrative of our shooters and so on and so forth.

I have, for a very long time now, argued that this is harmful to the development of the games industry. As an art form, games have the capacity to represent a wealth of different ideas and cultures, and it’s that variety that would ultimately be to everyone’s benefit. For a comparison, the global film industry is such a powerful artistic medium because it’s possible to create a film about a local culture, and have it succeed on the world stage. As a recent example, the uniquely Japanese story Battle Royale was a film that spoke to Japanese culture and society, and America’s film industry is able to take the concept and localise to its own population (The Hunger Games). But the Japanese film makers understand that they’re able to make films for their own culture and they will find commercial success. An even more extreme example is Bollywood in India – a massive film industry worth billions that holds almost no interest to anyone outside of India.

The point here is that the games industry has now matured to the point where, as a commercial opportunity, it is ready to start sharing ideas beyond “what would work in America.” And with a greater diversity of ideas we will also have a greater range of gameplay experiences and a more rounded industry for everyone to enjoy. This has been something that we’ve observed happen in the indie space in recent years, but now the big budget developers can look at and say “you know what? We can make a game that speaks to the Asian cultures and it can be a big-budget blockbuster, and it won’t sell well in America, and that’s OK.”

Just like John Woo is at his best when producing films such as Red Cliff; a film with almost no relevance to the American audience, rather than nonsense such as Windtalkers, a film he did make for America, so too can game developers point to this Newzoo data as proof that there is more than one game market in the world worth targeting.

Do you like writing about games? Come join us!