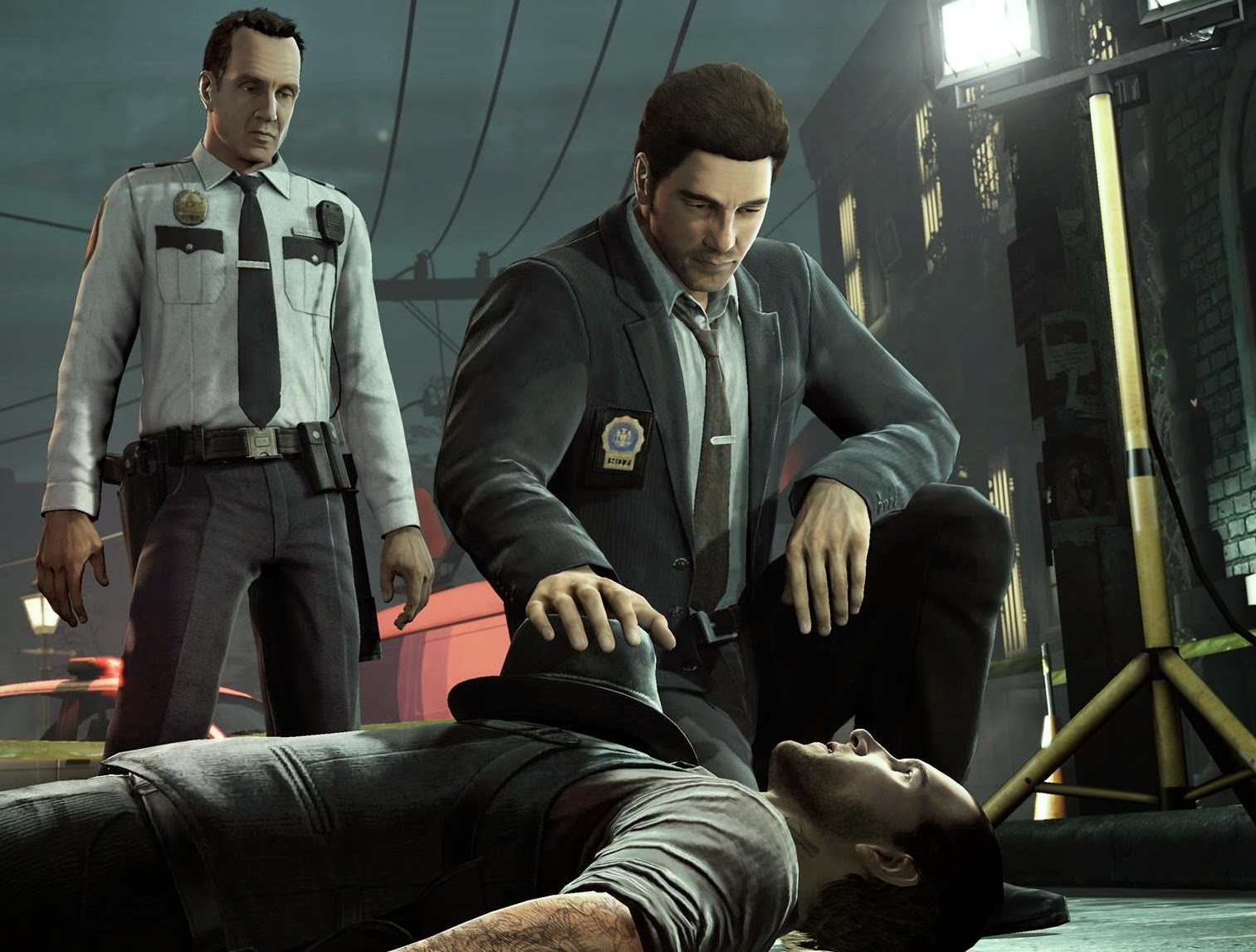 Murdered: Soul Suspect frustrates me; it’s a game that shows a world of potential, but ultimately fails to execute on its many promises. In so many ways this game is the textbook case study of the issues with big budget game development.

But first, the very sound premise. In Murdered: Soul Suspect you play as Ronan O’Connor; a reformed bad man who, having turned detective, finds himself murdered by a masked serial killer. But this should be a bittersweet end to our hero, after all, it means he can now go to the afterlife and meet up with his dead wife. Unfortunately he can’t enter the afterlife proper because he finds out that something in his life remains unresolved and so, figuring that the problem is that he doesn’t know the identity of the murderer, he sets off to investigate his own murder case.

This set up is, frankly, brilliant. It’s like that classic film, Ghost, but only it replaces the romance sub-story with the revenge theme and angst of a film like The Crow. Ronan can’t interact with any physical objects as a ghost, meaning that, in principle, players need to make use of his ability to possess humans to read their thoughts, as well as use some poltergeist abilities to switch on fans and shift papers around to investigate scenes of importance to the investigation. 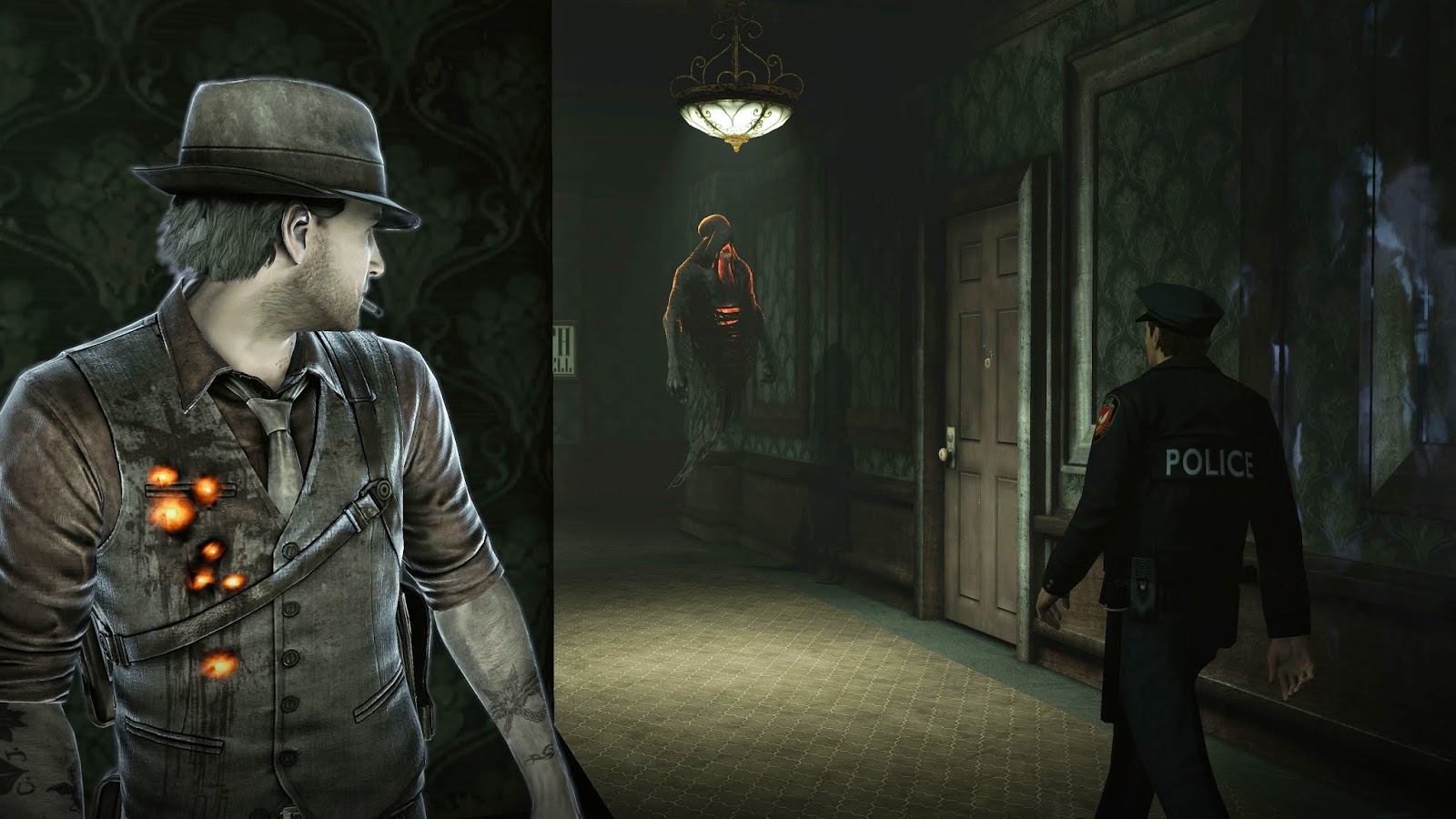 In theory this opens up so many great narrative opportunities. The ability to walk through walls and evesdrop on unsuspecting people would have had a crime fiction writer salivating at the possibility to come up with mind-bending puzzles and true “a-ha” moments when the crime is finally solved. The story plays out in the city of Salem, and its rich history handed the perfect setting for a ghostly adventure to the developer, Airtight Games. It’s a little disappointing that there wasn’t more of an effort made to take explore themes of voyeurism, which a game featuring invisible ghosts is ripe for, but as the video game equivalent of a page turner, following Ronan’s adventure is a nice way to unwind with a couple of beers.

The game’s budget really shines through in its presentation. Though it is always dark in this Salem, the environments are gorgeously realised, filled with an atmosphere that resembles what you’d expect of a town at the mercy of a serial killer. With a great eye for detail, Airtight Games have filled the city with believable environments and people. In one apartment there’s a small group of people playing poker. Downtown there’s a couple enjoying an evening swing in the park. A man sitting at a cafe contemplates leaving town from fear of this serial killer terrorising the place. These individuals are not there to further the game’s progression in any meaningful way, and that’s what’s so appealing about them being in the game. It’s possible for Ronan to read their minds and interact with them as he interacts with “important” NPCs, but they’re really just there to help make Salem look and feel like a real, living environment, and that attention to detail is one that we rarely see in games of any size and scale.

Ronan himself is also a very likable character. His “reformed bad guy” character hook is never explored in the depth it perhaps deserves, but as a roguish looking victim, he largely works, and his voice actor puts in an especially convincing performance. The problem is that his game is laden down with a bunch of nonsense that it just didn’t need. 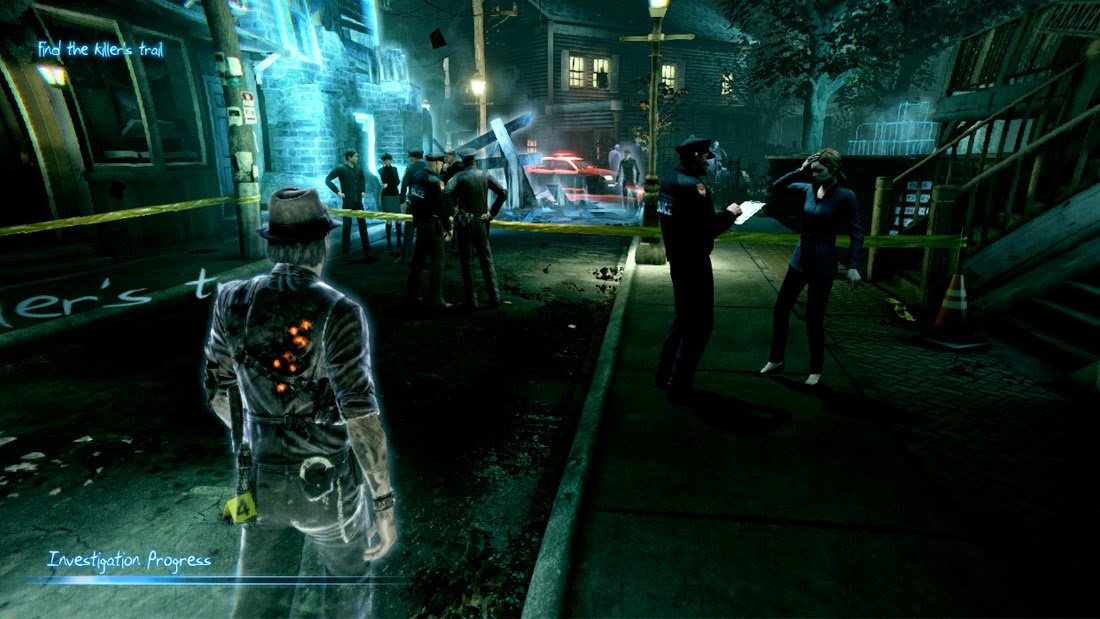 The biggest offender is the demons, which represent the game’s enemies. These are spirits that turn evil because they can’t escape the mortal world, and in application they’re mindless enemies that patrol back and forth within a space and force Ronan needs to stealth around behind them so he can surprise attack and kill them. Given that Ronan can wander through walls (and the demons can’t see him if there is a wall in the way) and hide in any other spirits that happen to be nearby, these enemies pose absolutely no challenge whatsoever. I get the impression that they’re in there because Airtight Games felt some kind of need to include a “danger” threat to add an action element to the game, but the presence of these demons actually kills the game’s atmosphere because they shift focus away from the investigation and are a tedious waste of time to remove whenever they happen to pop up.

With that said, it’s not like the investigations in this game are especially compelling either. Whenever there’s an investigation scene Ronan reads a couple of thoughts of whoever happens to be standing nearby, and wanders around a small area looking for interesting-looking objects until he’s cleared out a scene of a dozen or so clues. Of course a handy little “press Square” button pops up over each and every clue ensures that no thinking needs to go on at all when the game is asking players to act like a ghostly Sherlock Holmes. The one moment where players need to think is at the end of an investigation, where they’re asked to pick out a couple of the most critical clues to point them in the right direction for the next point of the investigation.

There’s no way to miss an important clue, and there’s no way to draw a wrong conclusion. It is these two facts that mean that Murdered: Soul Suspect lacks the very core of what should makes for a good detective game; there isn’t any detective process required of the player, and it’s only possible to be “right” and forward the story on. In other words, the game quite literally plays itself. It seems that Airtight felt the pressure to ensure that everyone who buys the game is able to view its conclusion, which is a very AAA-approach to game development. It’s okay for big budget games to test reflexes, because thanks to the FPS genre we’re all used to twitch-style gameplay, and it’s blindingly obvious what we need to do to progress the story (shoot more goons). It’s also okay for games to be “open world”, but only so long as there are nice and carefully placed icons on a minimap so no player can get lost or miss anything that the game has on offer. 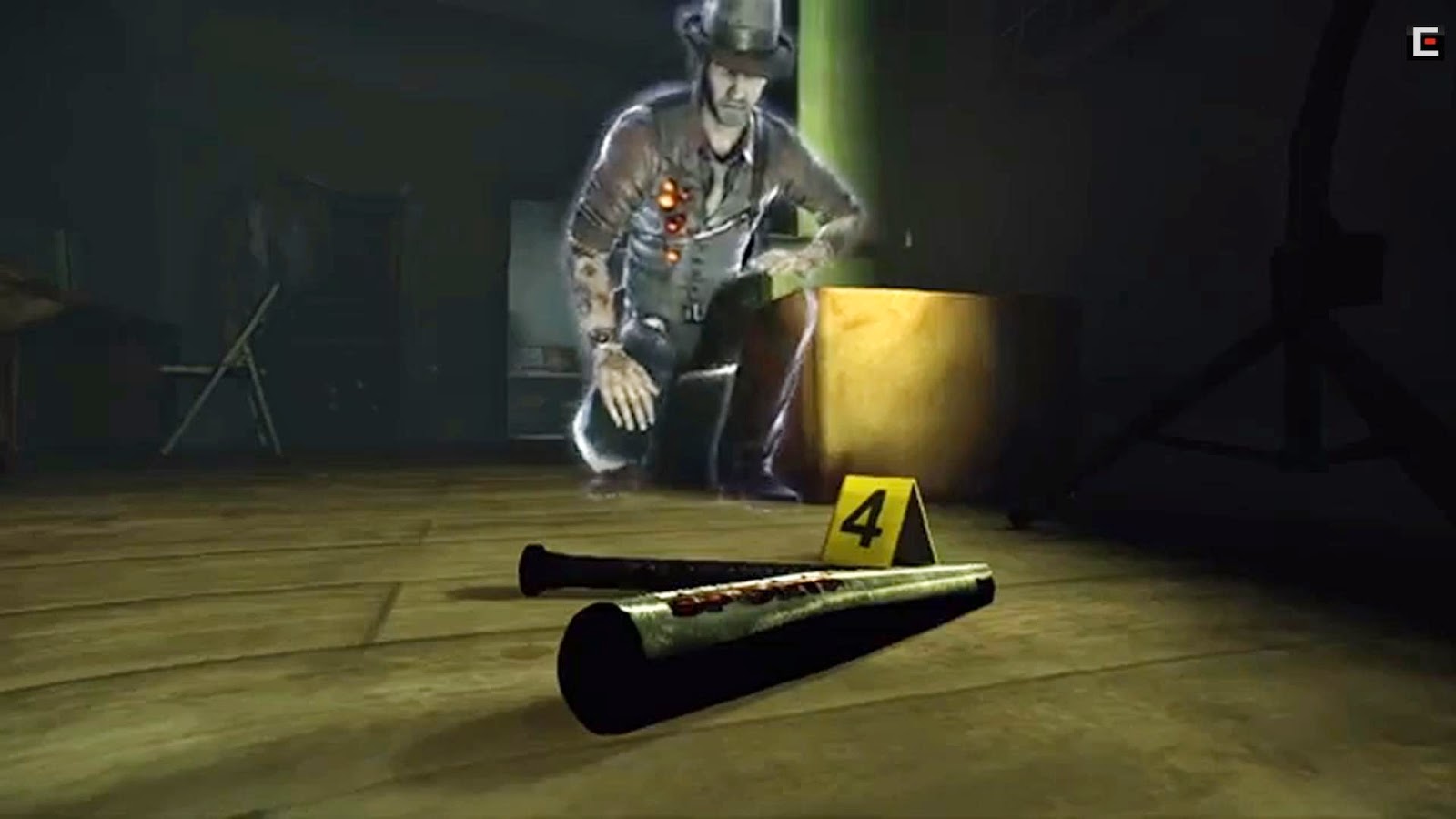 What isn’t acceptable when developing AAA games is to allow players to get stuck or make mistakes that put them in a “fail” state within the game, where it is conceivable that they would never be able to progress any further. Any challenge that would put players in a position where they can’t see a clear path to the next objective is fine for indie developed games, because the smaller audience that these games attract have greater patience for this kind of mental challenge. But for a game with a nice boxart that people will pick up on a whim because they see it for sale at their local game shop? No, these games can’t fail to provide players, regardless of who picks them up, with gratification.

And that’s why I think Murdered: Soul Suspect falls down. It introduces physical conflict because AAA games are meant to have some kind of physical conflict. It doesn’t challenge players at all in the investigation scenes because AAA games can risk disappointing people who aren’t able to complete it. It’s a game that appears to be a slave to its budget and it’s a big budget game in a genre that by definition has to give players the opportunity to fail in order to be effective. Because these requirements between genre and budget are at odds, Murdered: Soul Suspect is simply not effective.

It’s still a great looking game, and the core narrative is a fun, if underdone and derivative one. It’s simply disappointing that this game had a reasonably large budget, and in the process it lost some of its identity and seems to be shoehorned into some very unnecessary and destructive mechanics. This game would have been far better off being made for a fraction of the budget by a small team willing to take real risks.

The Aussie dev behind TownCraft has announced its second game, and it’s very different