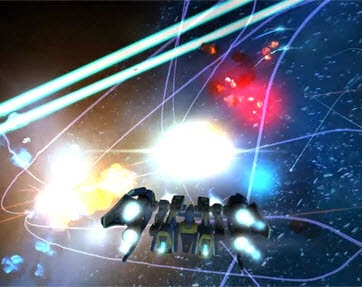 What you’re promised with Strike Suit Zero is a solid science fiction shooter with plenty of action. That’s what you get. The enemies come fast and frequently and while the game lacks AAA polish, it makes up for it be providing a fantastic sense of a true dogfight in space.

The story of Strike Suit Zero is set in a distant future – the year 2299 to be exact – where humans have discovered a unique piece of armour that will give them Earth’s best chance at surviving an enemy intent on invasion and slaughter. This type of story has been told plenty of times before, and if anything one of the greatest strengths Strike Suit Zero: Director’s Cut has going for it is also something of a weakness – it feels overly familiar.

There are what seems to be some questionable control design quirks as you get used to the game, but once you spend some time with it most players will be able to easily flip between weapon types, navigate their vehicle and generally perform effectively in combat. While there is very little to the story or the game’s design to help it stand out completely, Strike Suit Zero does enough to help make it an enjoyable experience on a base level.

The primary hook for the game is that ship that players control is equipped with a certain degree of customisable weaponry each time it sets out – but for limited periods of time it can transform into a robot using the titular space suit. While in this form it can hit much harder and movement is more easily controlled; there’s even unlimited ammo just to reinforce the fact that in this mode you’re playing as something unstoppable. There’s a catch, however. There’s a limited supply of energy. Weapons drain that energy, though killing enemies helps to refill that gauge. And this forms the core mechanic of the game; players that are skilled are able to string together plenty of kills and keep themselves in the battle suit for long period of time. 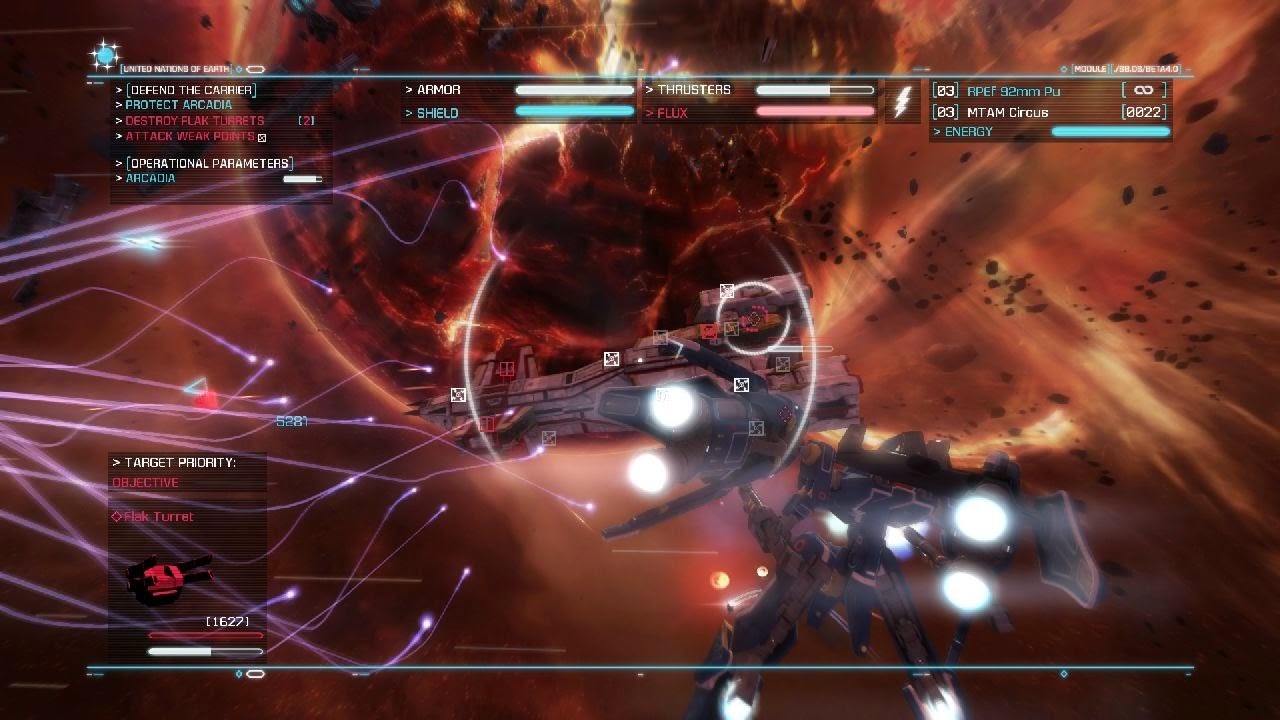 When in ship form players have a choice between guns and missiles, but piloting the vehicle actually feels significantly different. As a ship movement is more restricted. This can make for some interesting manoeuvres when trying to chase down another fighter or brush by a large cruiser while trying to riddle it with shots while not crashing into it. The strike suit is able to stay in place more easily, making it handy for toe-to-toe encounters with the bigger ships.

These larger ships make for some interesting battles as well, with multiple weak points to take into consideration. Tactics will vary from one to the other; some will nee the turrets taken out first, while with others the better strategy is to go for the wing or engine directly first. They are also the source of truly entertaining dogfights.

There is some variety in the missions, such as keeping a ship alive through an escort job or hunting down a certain number of pirates. Often the missions play out in stages as well. You might see one of those huge battleships and it may be partaking in the fight, but you are not able to fully bring it down because that will only become your job once you complete your current objective. 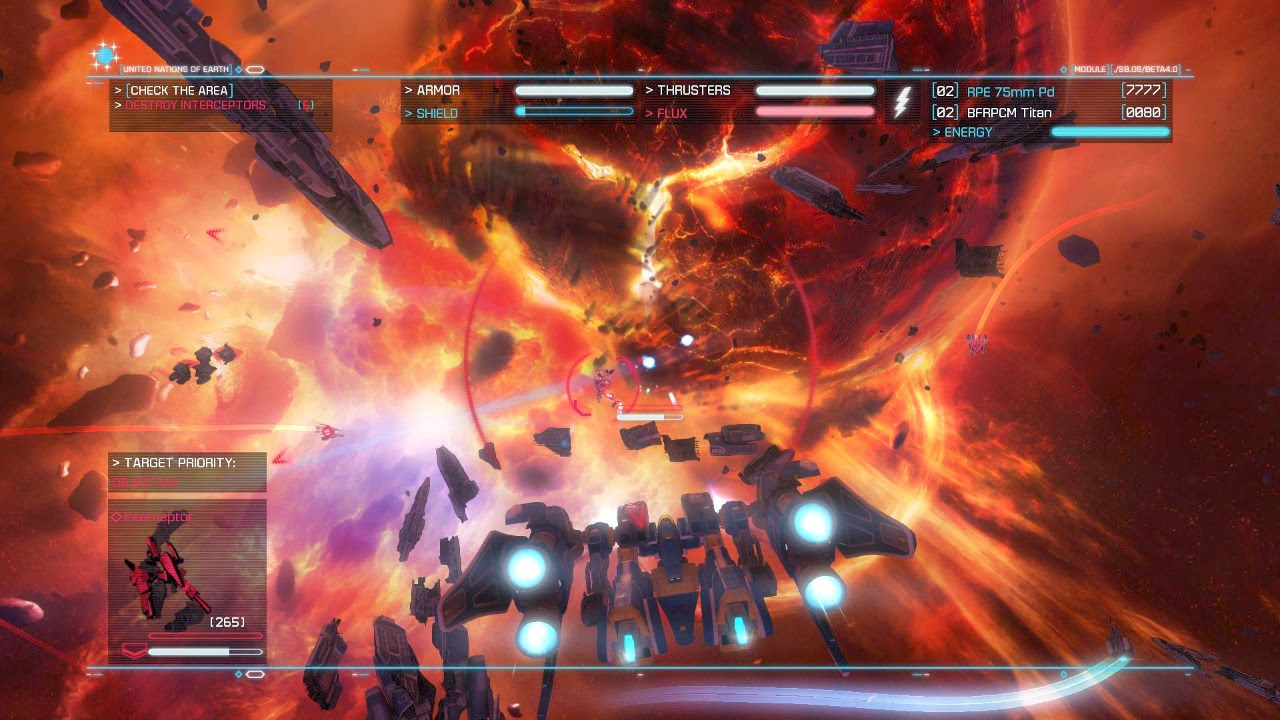 The visuals have a very nice feel to them. Again, the ships could have greater detail or there could be more movement to the background which generally feels like a very static backdrop, but this is not a huge AAA title. The field of space has plenty of ships moving about and also space debris to help keep you on your toes. I also feel compelled to at least mention the music, which sometimes feels like it is trying to channel an epic Halo feel with the vocalisations in the background. A bit more variety would have been nice, but it was decent work nonetheless.

Strike Suit Zero is not the longest game – it can be ploughed through in a handful of days, but there is scoring systime in place, as well as different ships and weapon loadouts to choose from to help add some replay value to the experience.

There are moments where Strike Suit Zero reminds me of a more earthy Star Fox title. Most of of the story is communicated through a communication link between ships that brings to mind the chatter between Fox and his buddies, sans the annoying toad. But in short, if you are looking for lots of action set against a deep space backdrop, Strike Suit Zero: Director’s Cut should scratch that itch effectively as long as it lasts.