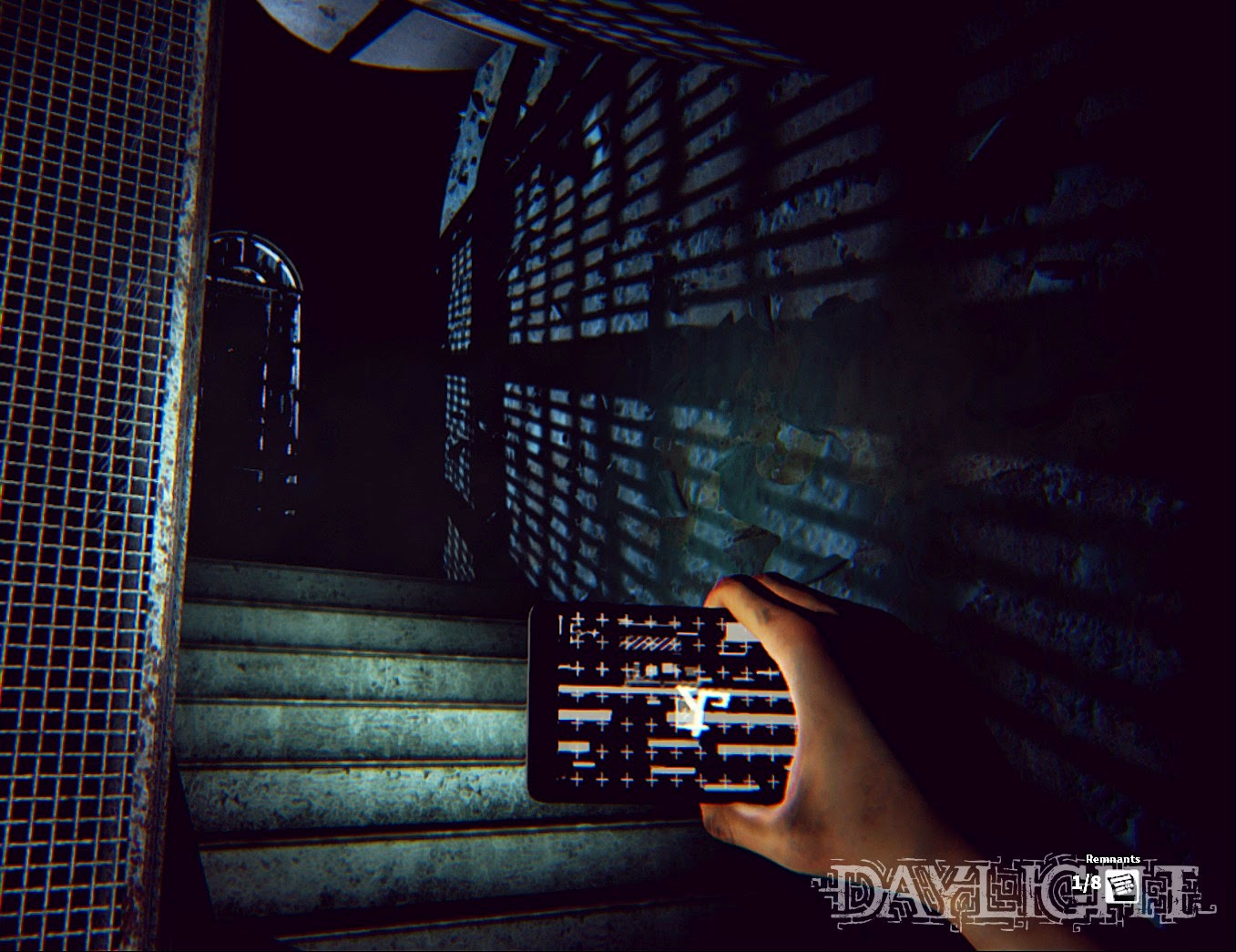 Developed by Zombie Studios as its first foray into the horror genre, in the leadup to its release Daylight looked like a promising horror game which aimed to scare through atmosphere rather than gore. Its procedurally generated environments would encourage exploration, and provide a different experience for every player. It’s a game that has generated lots of buzz on the Internet, with many playtesters confirming that the game’s chill factor is indeed the real deal. But how does the whole package weigh up?

Daylight’s strength is that it knows exactly what it needs to do to be absolutely terrifying. Following in the footsteps of recent, noncombative horror games like Amnesia: The Dark Descent and Slender, the fear doesn’t come from ugly things jumping out at you to shoot but rather from the overall atmosphere of the game itself. Playing out in the first person you wander through the narrow corridors of an abandoned hospital in the dark, and the overall scene will convince you that something, somewhere is stalking you. It’s the kind of vague foreboding atmosphere is enough to make players jump at the slightest sound. The fear is meticulously planned and wonderfully implemented: it’s easily Daylight’s strongest point. Everything from the developer interviews, the trailers and the press releases have been centred at around how scary the game is, with very good reason. 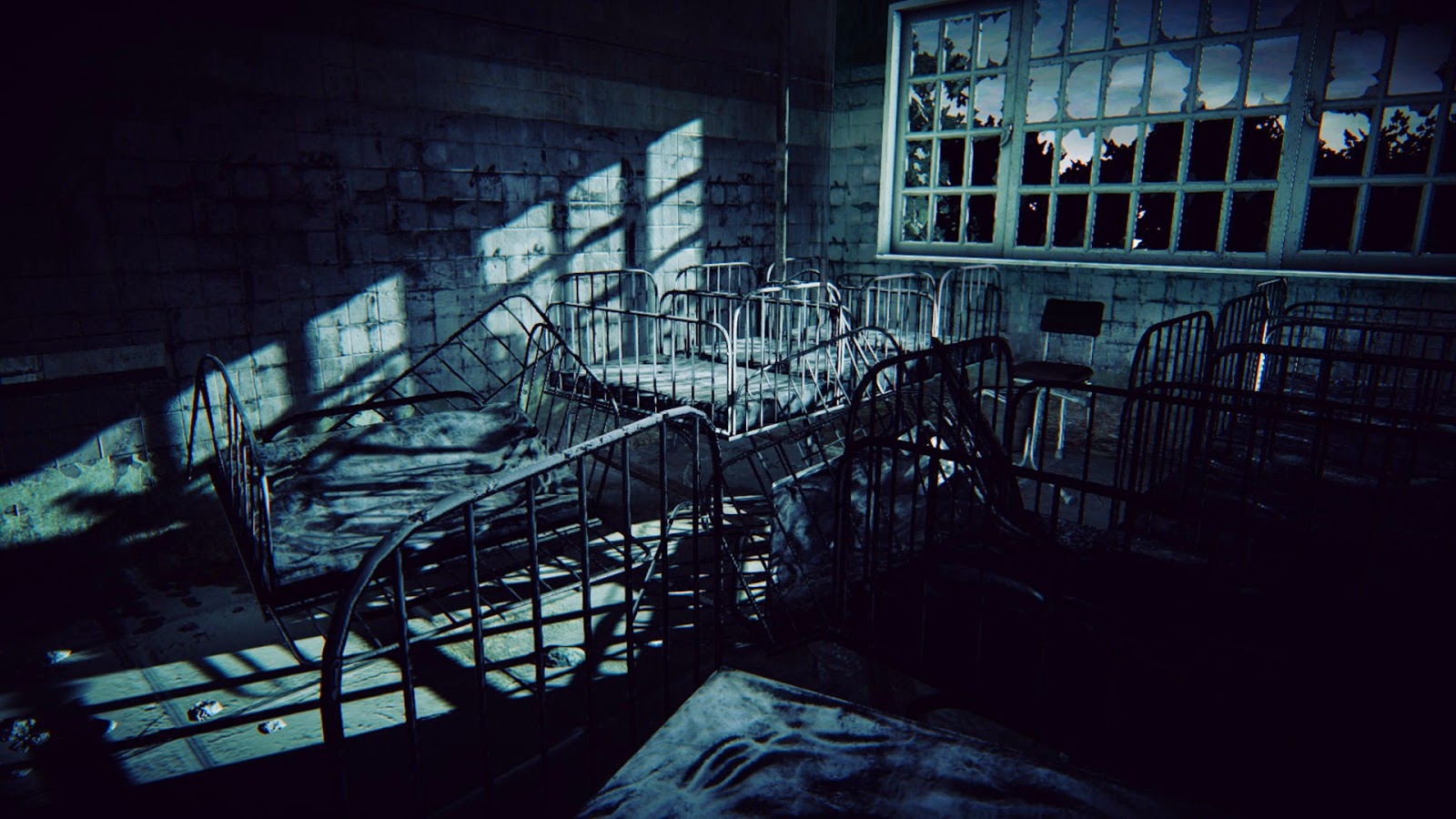 Unfortunately, the terror somewhat stops when your player character actually starts getting stalked. The ghosts that become the game’s enemies are scary from a distance when you catch them out of the corner of your eye, but when they’re approaching on you they’re decidedly less unsettling. There’s only one type of ghost and while it can sneak up on you, its scream is more startling than its appearance. Letting one get close enough to kill the hero does restart the level that you’ve been trying to go through however, so it’s a genuinely weighted setback rather than a slap on the wrist.

The gameplay involves searching the halls for remnants: messages which reveal the history of the abandoned hospital. Collecting enough allows you to find a sigil somewhere in the level – the sigil is an object of significance such as a teddy bear or a bible, which then acts as a key to the next level. As you collect more remnants, the paranormal force haunting you becomes stronger, and there’s no way to defeat them; your only defence is to drive them back by the light from your flares. The corridors are all randomly generated, so you’ll have a different experience on every playthrough. The game does a good job of varying the environments you explore, but the overall gameplay remains the same throughout. It’s not a terribly engaging system, even with the randomisation. There are a few scripted puzzle sequences between the remnant collection, and I ended up finding those more engaging because more thought went into their design. 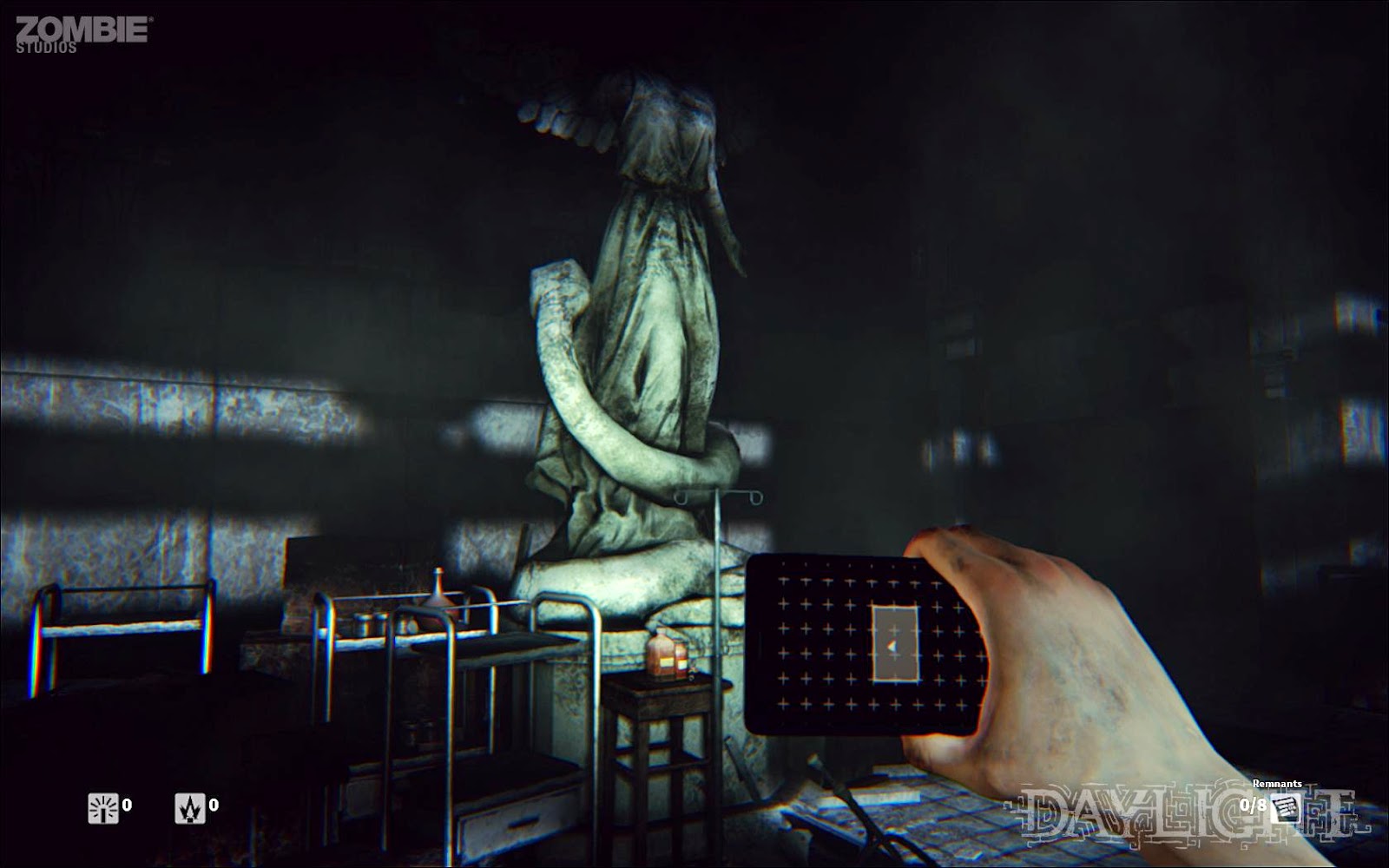 It feels the like the developers of Daylight spent an impressive amount of effort into researching what makes a horror game scary, but skimped on researching what makes a horror game compelling. The main character has amnesia, as most horror protagonists nowadays seem to have, and she is tasked with piecing together the backstory of the hospital through written remnants scattered around its empty halls. The flaw here is that the overall narrative is very thin. One of the draws of the horror genre is how unexpected and creative the plotlines are, and Daylight unfortunately doesn’t offer that. The plot lacks the twists and turns of an effective horror story. The protagonist, Sarah, and the voice who guides her are also poorly characterised. Sarah has a vague personality and this means the player can never fully identify with her or grow attached to her. It feels like a huge missed opportunity to give Daylight’s story emotional significance.

For those seeking a good story then, some thinking out of the box is required – specifically in the direction of the options menu in which Twitch streaming is an option. Daylight is a game designed with the Internet culture in mind, and it was even promoted through pre-release streams by a variety of high profile Youtube personalities. Daylight’s short length works in favour of this too. The game’s value is immensely increased if you find people to share your reactions with whether by Internet or in a real life gaming session.

All in all, Daylight was a bit of a disappointment. Let it be said that it’s utterly terrifying and will likely scare even the hardiest of players, but ultimately the experience feels a little shallow. The overall game is let down by a lack of variation and a thin narrative, feeling like one missed opportunity after another. Daylight isn’t the definitive horror experience we’ve been waiting for. It’s more like a spooky campfire story: it’ll make you jump on the first time, but it doesn’t have much lasting appeal.