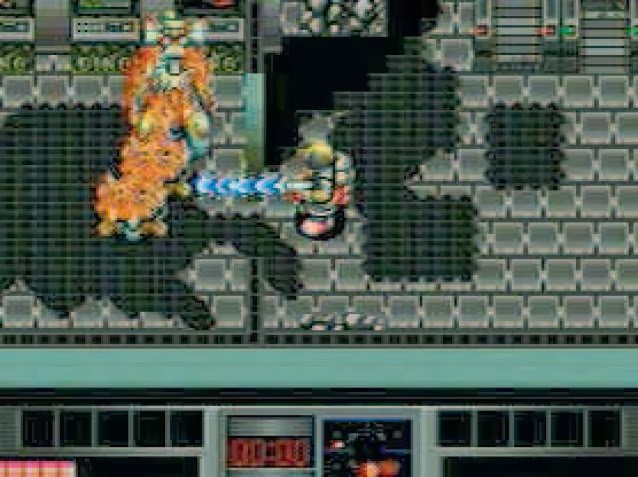 The Firemen 2: Pete and Danny is the imaginatively-titled sequel to the Super Nintendo’s The Firemen. It’s also a game that has never been released outside of Japan, until now. I love and have played almost every firefighting game there is (weird genre to be a fan of, dude – ed.) and truthfully I never knew this game existed until MonkeyPaw took on the effort of releasing it in the west, so it was a nice surprise to see pop up on the PlayStation Network.

The game is a top down action/ adventure game set in an enormous theme park on Christmas Eve, where there is fires and monsters that can be killed with water (!). There seems to be a story in there but sadly I don’t understand Japanese so I don’t know much more than that. The game is fully voiced in Japanese, and while you can’t skip it or the text there isn’t too much dialogue in the game. In terms of presentation the aesthetics look slightly better than what you would find in a Super Nintendo game, but while it looks good the art style can also be a little irritating; at times objects such as stairs that you need to interact with blend in with the background making it hard at times to know where to go. 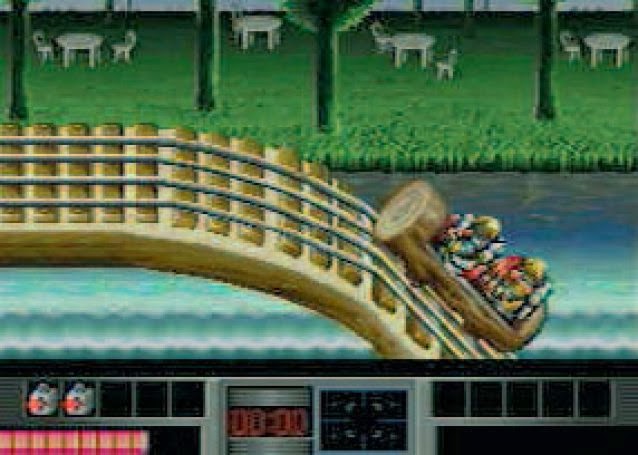 As an early-era PlayStation game there’s no analogue control and I can assure you the experience would be far better with an analogue stick option. It’s possible to move about in eight directions, which is always clunky with a D-pad and at times it’s frustrating trying to aim the to hit the fires with water.

What makes this game unique is the coop with player one playing as Pete and player two as Danny (remember the title of the game? That explains that, then!). Pete uses a fire hose that can shoot water or spray it on the ground, Danny uses an axe and can… stomp on stuff. Pete’s fire hose has unlimited water and he always starts the game with two med-kits that apply when you run out of health. He’s also got the hail Mary get-out-of-jail card; a water bomb that attacks all nearby fires for a short time. In single player Danny is played by the AI and does not really help much as he always falls behind and gets stuck in places, but with a human ally he’s more useful (at least, in most cases).

There is some replay value with this game as there are more than one path through the levels and depending on how much time you have left at the end of a level the game may send you on a different path. With that said, much like some other games with branching paths from that era (Star Fox 64, anyone?) each individual play through is very short. Each lasts around an hour, and isn’t the most difficult hour you’ll ever experience. You’ll also be given a rating at the end of a level, depending on (I think) how much fire you put out in that level and how much time you have left after each level. If you do get 100 per cent in a level you get a firemen hat and I have no idea what that does.

The Firemen 2 is fun to play for a bit and if you have a buddy with you the coop makes it even more enjoyable. Overall I enjoyed it, the game is a fun and unique experience but don’t expect it to last long.