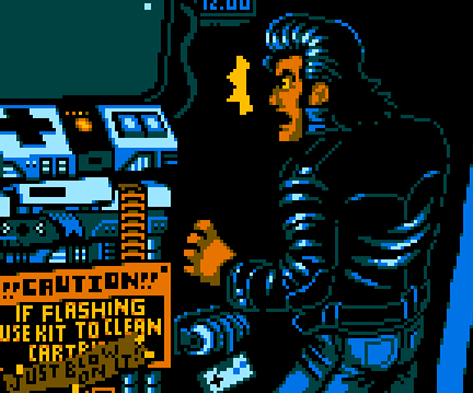 Retro City Rampage and its amusing take on open-world action games has been around on a few platforms now, but this remastered version of the 8-bit throwback experience for the Nintendo 3DS is the best version to date.

Chris was a huge fan of the Vita and PS3 version of the game, calling it a “pixelated love letter to fans of the 8-bit gaming era.” It is easy to see why he came to that conclusion, as the excellent pixel art and tunes that pop out of the game are loaded with nostalgia for older gamers such as myself.

So what makes this version of the game stand out from the previous iterations? For one, the attention to detail is significant. Missions have been tweaked and refined for better playability over the original game, players can jump and fire at the same time in combat, the arcade challenges are on thirty second timers now and the city itself feels more alive and interactive. The ability to zoom into the maps and use the touch screens adds to the overall experience as well.

While the game makes great use of the 3DS overall, the one area that is worth mentioning is that it lacks any 3D at all, which and it did surprise me, but the game still looks great and the dual screens work very well having the persistent map at the bottom. 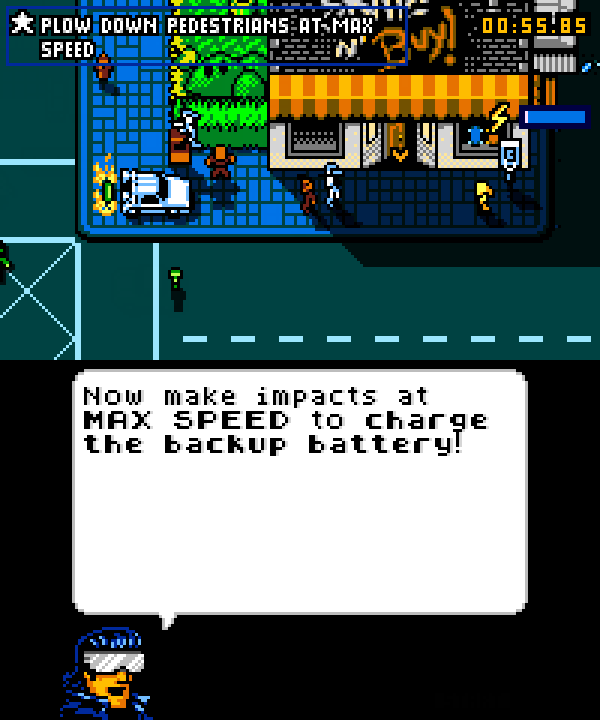 The ultra violent theme works well with the game’s dark humour. I found myself laughing quite a few times, even if I had already seen most of the content before. The portability of the game is also a big plus, as it is one that feels well suited to shorter bursts of play. The more frequent checkpoints and the always visible map made the game feel a good deal easier to me, not that I minded. I can appreciate a tough game just fine, but I enjoy them more when I am not frustrated.

Where there is a mission-based narrative that drives things forward, the open world environment provides plenty of other things to do and encourages exploration. The challenges found along the way are entertaining, and the way you are allowed to approach situations in your own style (guns blazing or a more sneakily) give you a lot of content to explore, how you want to explore it.

Having played this version of the game a few other times now, I came away feeling as though the DX version for Nintendo 3DS was the best of all. If you are well-versed in the original game, there may not be enough reason to come back to it yet again unless you really cannot get enough of the adventures of Player and want to experience them one more time. For newcomers to the series, there is no reason to try any of the other versions if you have a 3DS, because this is the definitive release.

Last chance! Go in the draw to win yourself a copy of Ys: Memories of Celceta

Stick it to the Man coming to Wii U