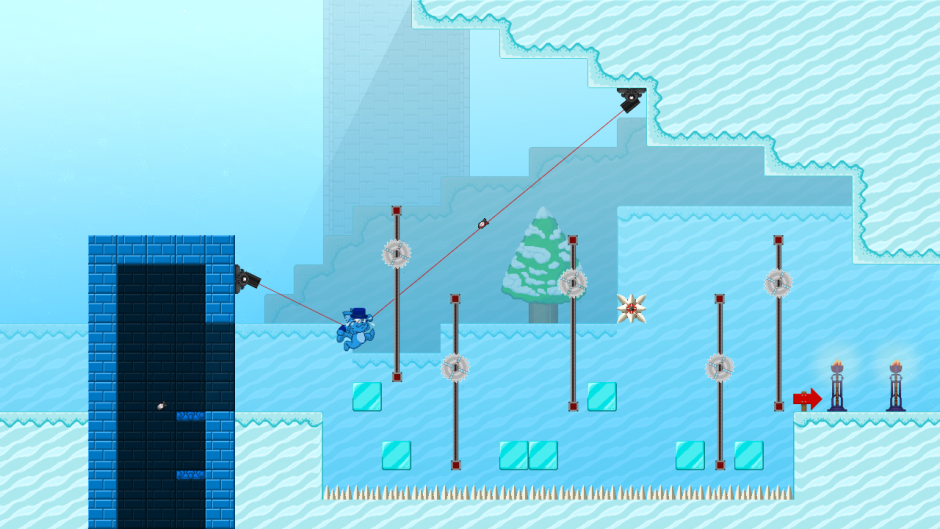 It’s becoming increasingly difficult for indie platformers to stand out from one another, particularly when a game’s novelty has to do with difficulty. The PC’s selection is astounding and there’s quite a variety amongst tough-as-nails platformers with titles such as Super Meat Boy, No Time to Explain, and VVVVVV each boasting their own unique mechanics and intricacies. Bloody Trapland is comparatively subdued as its notion of inventiveness has lesser practical impact but it still manages to capture the spirit of the genre quite well.

Bloody Trapland certainly nails the basics of an intentionally challenging platformer, largely steering clear of the types of artificial difficulty that plague similar games. There are naturally still instances that demand muscle memory or trial and error but once you’re accustomed to the game’s slightly stiffer controls and physics it’s possible to ace levels that look impossible in a single try. This seems to be calculated since stages typically occupy a single screen, allowing you to anticipate movement patterns and the like well in advance. 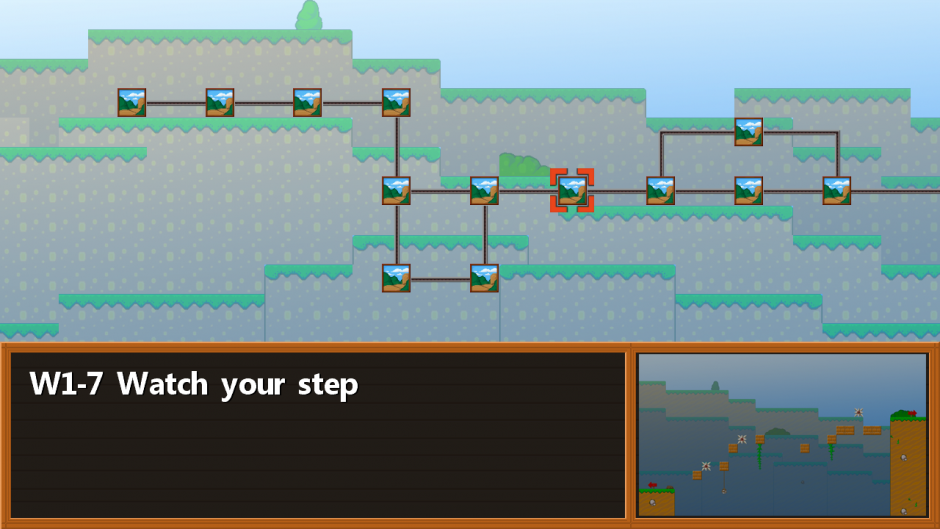 The only thing sacrificed is a sense of urgency, as you’re never rushed to leave the starting point. Rushing to your death is never particularly meaningful as a result, especially since you’ve got unlimited lives to work with. That said, giving the player a chance to anticipate and meditate on upcoming obstacles feels more gratifying than the feelings of helplessness and manipulation triggered by Eryi’s Action. Yes, despite having “trap” in the title Bloody Trapland is exceptionally even-handed, even if the single screen idea couples as a limitation of sorts.
When you do die, the titular blood actually comes into play (as more than the preface of a vulgar thought to exhale, mind you). Each time you’re impaled by spikes or sliced by chainsaws you’ll see a decidedly gratuitous splash of blood that seems at odds with the game’s generally friendly image. It’s certainly not a game changer in the grand scheme of the industry but it does prove more functional and motivating than the traditional death counter. The bloody areas cleverly highlight the problematic areas of a level for you and instil a reflective desire to keep the screen as clean as possible. 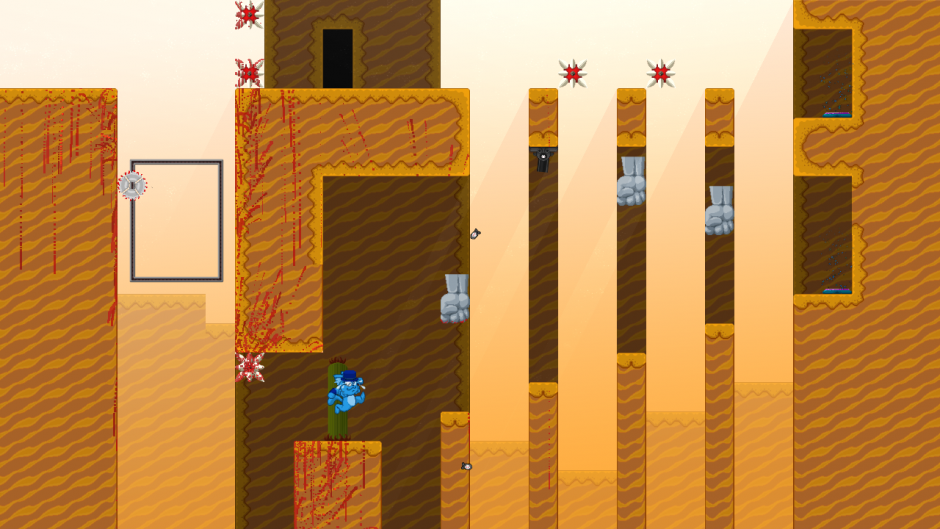 It’s just unfortunate that Bloody Trapland’s greatest issues also lie in the visual department. It’s not simply a case of looking uninspired (though that certainly does it no favours); the colouring and design of certain sprites occasionally causes the player to overlook details or misjudge the function of an object. The game could have functioned with this art style but some extra polish in this area would have improved the overall experience considerably. It’s fortunate that the soundtrack is solid since a paltry selection of tunes can highlight the maddening repetition for less competent players. It hearkens back to retro games in typical indie fashion but thankfully offers some diversity with tracks that wouldn’t feel out of place in Pokémon or Final Fantasy.
The online multiplayer mode performs relatively well, but it seems to do a disservice to the dexterity-demanding, reflex-intensive main campaign. Each player makes the experience easier (albeit more chaotic) as you can execute various manoeuvres that conflict with the idea of a challenging platformer. It’s at least acceptable, mindless fun.
It might not stand out nearly as effectively the titles I mentioned earlier, but Bloody Trapland’s level design does the talking for it. Aside from the shoddy visual style that is actively counterproductive, Bloody Trapland does a decent job of offering challenging level design in a manner that is less cynical than most. At times it’s even a textbook example of how to avoid artificial difficulty and there’s clearly meticulous craftsmanship that went into making levels feel fair.

Irrational Games, the studio behind Bioshock, is closing shop