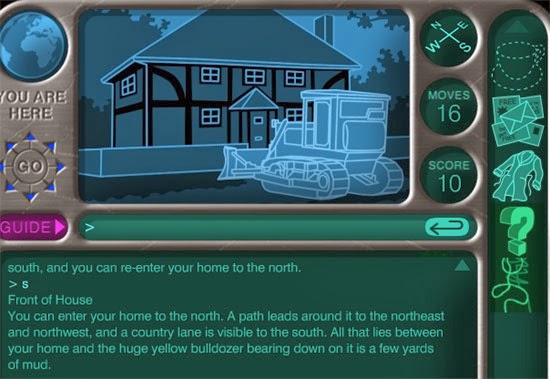 Are you a fan of Hitchhiker’s Guide to the Galaxy? You should be! And we’ve got some good news for you. Celebrating the 30th anniversary of the game, the original, insane, adventure game is getting an online rerelease with new social features.

One of the most difficult games (in a very, delightfully, arbitrary manner) that you’ll get to experience, The Hitchhiker’s Guide to the Galaxy was developed by Steve Meretzky and Douglas Adams himself. This new version, to be released on BBC Radio 4, will allow players to share in-game achievements over Twitter. The art work has been re-drawn in HD and it will be fully playable on any device that has a web browser.

The games going to release on March 8. So… what’s the meaning of life?