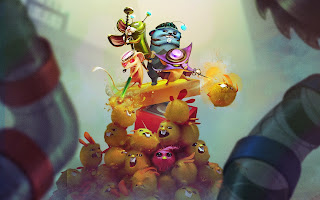 Tiny Brains sets itself up as an action/ puzzle game that tackles a lot of physics-based problems while showing off an amusing sense of humour. The world is seen from an angled overhead view, giving you a look at your tiny little abominations, which are attempting to break out of the lab of a mad scientist who imbued each one with specific super powers.

The premise is ridiculous, but often hilarious at the same time. I spent most of my time playing this with my son, while my youngest daughter watched, but the game is both cute enough and approachable enough that she enjoyed playing it with me as well.

Each of the four creatures has its own ability. One can draw objects toward it, one can push objects away, another can trade places with objects and the fourth can create blocks of ice. There are loads of switches to be stood on, blocks to be shot into holes and balls to be rolled along paths as you occupy this ‘ordinary’ world that is scaled to a comical size. Iron nails resting on the desk top are larger than your creatures, for perspective. 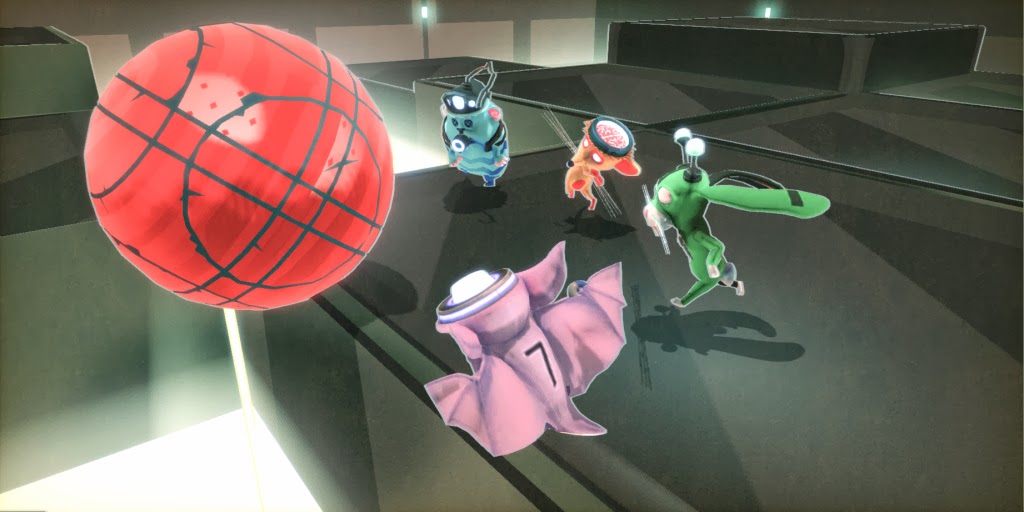 Most of the time your find your critters stuck in a room that requires some use of logic to help manipulate some button that allows you to advance, but the activities get varied into other types of games too. Sometimes you are in a dark, dank space and need to keep a large glowing radioactive ball with you so you can see. In these situations you need to propel the ball through the stage until you reach your next checkpoint. In others you find off waves of enemies bent on destroying this small pink critter you want to protect.

The puzzles can definitely become frustrating at times, requiring not only thought to plot out how to approach them, but the reflexes to pull it off. If you are going at it solo, you can switch between any of the four characters on a whim. While this is certainly functional, it is not the ideal way to play this game. I spent the vast majority of the time playing this with one of my three kids, and it was definitely a lot more fun with a crowd. There are some online modes as well, with good use of the touch pad to move a cursor around as a visual indicator, but the laughs and teasing had in-person certainly made the experience more enjoyable. 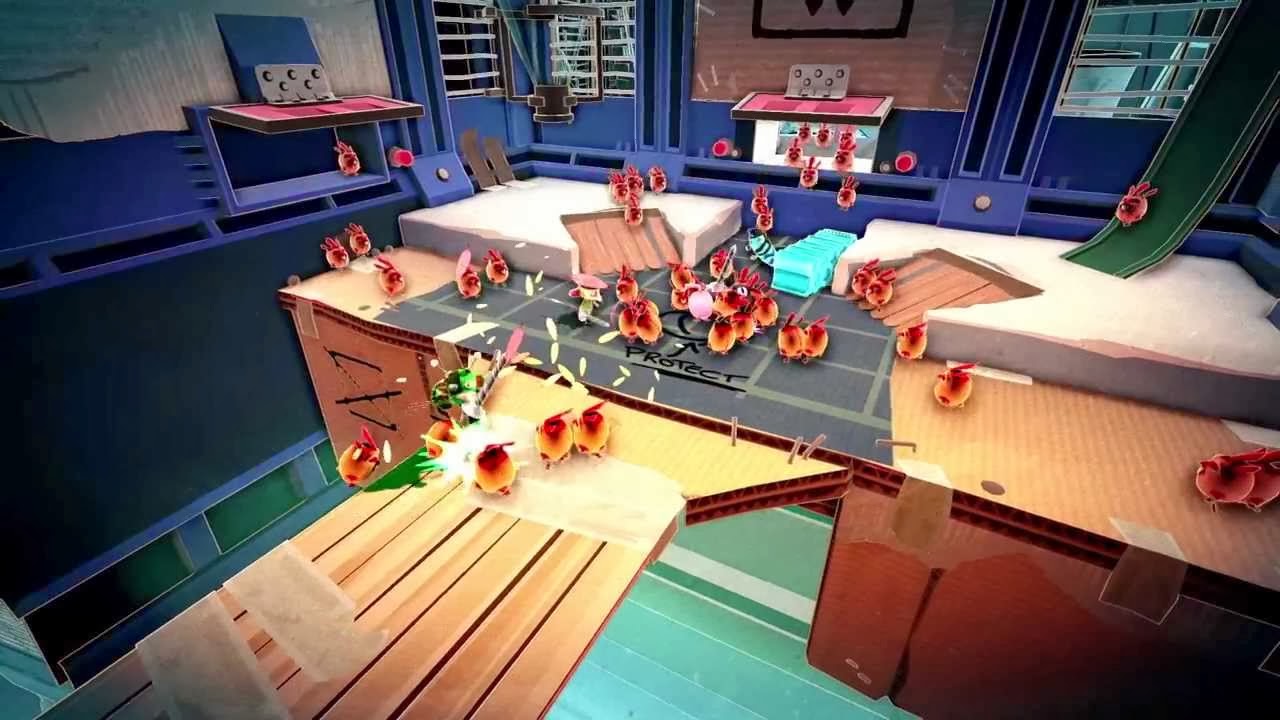 Going it solo, Tiny Brains is still a decent game, but it does lose some lustre. Puzzles often become more about how quickly and effectively you can time swaps between the characters. Online I struggled to find a good game to join. In fact one night I got paired with the same guy four times in a row over a half hour span. This might not have been so bad, but it seemed like he was not even there. His character was just chilling out in the room and never interacted with me or the environment during any of my ‘visits’. The controls can be challenging at times as well. The critters themselves handle well enough, but their powers can sometimes feel unpredictable when there are a couple of objects in close proximity and you accidentally interact with the wrong one.

There is a lot of trial and error to be had here, and having multiple gamers obviously means more minds to figure out the puzzle, but more opportunities to mess up. In particular I liked the character who propels things forward. My son liked to create blocks and jump on them before I would shoot said block across chasms to solve some of the puzzles. Sometimes I played to playfully ‘grief’ him and launch him into walls too. He would reciprocate in kind with different powers. It was all done in good fun, but to me the key element here is that it was fun. This is the most entertaining local co-op gaming since Mario Kart came out on the Wii.