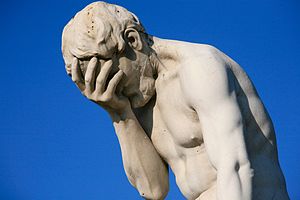 Here’s a rather unfortunate example of just how little respect the games industry has in the eyes of Australian politicians; the South Australian Government has decided to run a series of ads that equate video games as a ‘gateway drug’ to gambling.

This is despite the Government’s own research finding “this study does not suggest that simulated gambling precedes or follows monetary gambling.”

And yet the “gambling starts with games” campaign is not a joke; it’s a genuine attempt by the Government to provide parents with a social warning. It’s not the first time that a government has ignored a expert report to further its own agenda, but it’s becoming a downright habit of Australian governments to do so.

Now in fairness to the rest of Australia, South Australia has long been the most conservative state when it comes to video games – the state governments there were the main reason that it took Australia so long to unlock the R18+ achievement (not that it has been an especially positive development for the local industry, as things turn out).

That aside, the attitude of the South Australian Government is indicative of a larger problem within Australia; the local games industry has long been struggling to obtain the same measure of respect from the government as the local film and arts industries. It’s important that it does because government respect means funding and other support infrastructure for the local industry – one that has undergone a prolonged shrinking period and needs all the support it can get to start to rebuild.

Aside from Victoria, where the industry has been historically supported to a reasonable extent by Film Victoria, the Australian games industry may as well not exist on the global stage, and this is unfortunate that it receives so little political respect because it’s one of the oldest game development industries in the world.

Federally gaming is under the remit of Senator George Brandis as Minster for the Arts, but since taking power a few months ago we’ve heard nothing about how he and his party plans on supporting the games industry. Given that the conservative Liberal National Party that has formed Government has promised to minimise “extravagant” spending, I wouldn’t hold my breath that Senator Brandis has any plans to do anything for the games industry.

And meanwhile state governments pull stunts like this advertising campaign. It’s a hostile political environment for game developers to be sure, and this comes at the same time that formal research shows that there are more people out there playing games than ever before and it’s an increasingly legitimised activity on a social level. It’s disappointing that the various governments around Australia can’t take this industry seriously, to say the least.

DDNet’s Games of the year 2013: PlayStation Vita Game of the Year