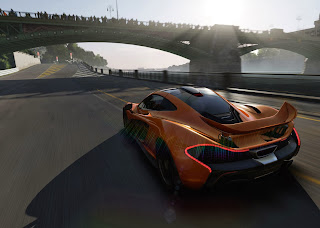 The Forza series has provided us with some of the greatest racing experiences that can be had. The perfect, flawless cars felt wondrous to virtually drive as they traversed the tracks that always looked better than anything else the competition was putting up. Lauded by both fans and critics alike for the way they controlled as well as how great they looked, these games pushed the limits of graphical capabilities in the last generation of gaming consoles.

It was only going to be a difficult act to follow, let alone build upon. However, there are some fantastic improvements that will make the next iteration, Forza 5, something that will take your breath away.

As taken from the Microsoft presentation at EB Expo 2013, many features have been altered in a bid to augment that feel of adrenaline as you power around a corner. They promise a new gaming engine, affecting light, creating an enhanced atmosphere and a greatly improved physics simulation. As a launch title, it attempts to fully utilise the newfound power that the console will offer over its predecessor – Microsoft wants to use this game as a vehicle (hah, pun!) to sell the Xbox One.

Painstaking research has apparently gone into ensure every aspect is realistic, from individualised cars replicating the minor imperfections that categorise their real world equivalents, to the individualised gears, suspension, aerodynamics and tyre physics. The developers have formed a partnership with CalSpan, a science and research division that has performed extensive investigations into mapping the DNA of the many different variety of tyres. This data has created a vast database allowing remarkable control, customisation and a real understanding of the minute factors that make up things such as heat generated from kinetic energy created through braking. The result: a high quality, high fidelity feel on the track. In essence, the X factor, that indescribable feature that makes you love or hate a car, that gives it character, is going to be in this game. If you can’t stand driving a certain car in the real world, you’re going to hate it in Forza 5, and this is going to open up some new, interesting quirks in terms of the cars that people pick to race against one another with. 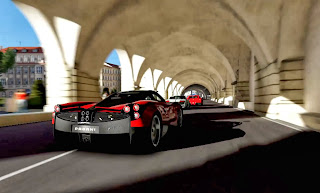 Authentic to the extreme, the UK team of Top Gear; Richard Hammond, James May and Jeremy Clarkson, lend their considerable credibility to the platform. These popular presenters have a genuine passion and love for the artistry of good cars, and that promises to delight as they introduce and commentate on their favourite makes, models and car types (i.e. not the Beetle). When testing the new, never before seen track of Bathurst the designers have gone to multiple winners, including Mark Skaife, so as to utilise their unique experience, intuition and understanding of the track to ensure minute details are simulated perfectly.

How does this translate to gaming experiences? The driving is incredible. It feels true. Hands on with the demonstration available, the player actually gets a proper simulation experience. The controller is intuitive, the scenery breathtaking. Each of the cars currently available has been fully optimised with their engineering builds, their imperfections, and engineering oversights marvellously displayed. Rather than detract, this creates realism (so in other words, you can be in the fastest sports car out there, and I’m still going to beat you with a Beetle – ed). Extensive different choices of vehicles are currently available and one can only guess at the total number that will ultimately be released.

Forza 5 feels like a next generation game. It has created a new standard. It will be a difficult one to match – and it makes Sony’s Drive Club look like child’s play. It will highlight all the advantages of upgrading to a next generation console. Games like this will sell Xbox One consoles. The new era has begun.