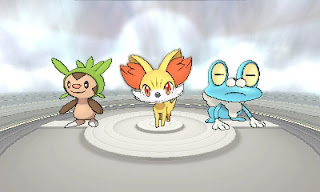 For all its critical and sales successes, the Pokémon franchise has been lambasted by an increasingly vocal minority for reusing the same formula over and over again. Enter Pokémon X (and Y) for the 3DS, arguably the most ambitious title the main series has seen in the last decade. While it doesn’t particularly reinvent the series, it lays tremendous groundwork for doing so and offers a familiar yet original experience along the way.

In general, X cleans up many of the mechanical inconsistencies and issues of the past. The player is also rewarded with far more experience points than ever thanks to an item that they are given almost immediately that distributes growth between all of your pocket pals. Hoarding monsters too is a more attractive proposition since the player is immediately rewarded for capturing a monster with experience for the first time in the series (as if having a new friend wasn’t encouragement enough). These changes, though minute, eliminate much of the tedium of inherent in raising multiple hundred monsters.

Considering the gargantuan array of Pokémon on display here (over 700), and that much of the franchise’s appeal was typically found in the post-game, that’s quite the welcome change. The rate in which monsters fall into your possession is incredible; before you’ve even reached the first of eight gyms it is feasible to nab or witness nearly a hundred of the critters. This is made possible partially because the gyms are very spread out and reaching one now feels like a genuine event rather than mere routine. 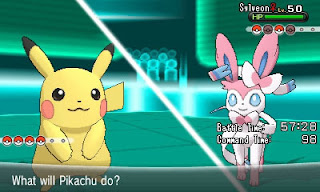 Between superior pacing and the capacity to raise more Pokémon more efficiently, X had me immersed from the get-go instead of half-way. Once dissuaded by the series’ ever-increasing sum of creatures to collect, I found myself rustling through every patch of grass and competing against every trainer out of a child-like sense of curiosity. Few games have evoked the wonderment of being on a journey so well.
The Pokémon were not my only reason for divulging, though; the plot here is far from engaging, even by the light-hearted standards the series has set. The latest team of evildoers falls into an awkward category between legitimate threat and comedy relief, making them all very forgettable. After recent impressive efforts to introduce morality and dimension to the plots of Pokemon games, it seems like these antagonists were shoehorned in to have a legendary creature to throw on the box art and maintain a trend.
I don’t automatically deem downplaying story to be regressive, but it feels like it directly contradicts X’s vision and pacing. Further compromising them are the return of mandatory out-of-battle moves (hidden machines) to navigate through the game’s world. This is confounding after so many entries since these moves severely undermine the versatility of your team. 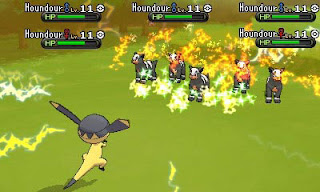 Pokémon X also noticeably lacks some of the variety of its predecessors. Hunting for legendary Pokémon, one of my favourite pastimes, is a let down since there are so few and they’re virtually handed to you. The main campaign’s superb pacing makes up for this and there’s naturally the caveat that this is Pokémon (the series packed with hundreds of hours of training, trading, and breeding), but it’s something hardcore fans will take note of; what’s meant to be the really rare stuff is just a touch too convenient. With that said you might find this to be for the better, as some recent Pokemon games have simply had too much going on and lost the sense of focus that X excels at.
Beyond that, it feels like the developers half-heartedly tackled the opportunity of making the spreadsheet-like gameplay more manageable. Hardcore fans will no doubt be aware of the existence of EVs in the previous games. This was an essential mechanic to understand in order to train your Pokemon team up to its maximum potential, and there is a conscious effort in X and Y to simplify them. Sadly, this is done by playing tremendously repetitive and lacklustre touch screen mini-games. The game doesn’t adequately explain how it all works though, so you’ll need to crack out the FAQ anyway.
But grumbling aside, it’s still Pokémon. It’s still an excuse to socialize over the pretence of cuddly and ferocious beasts; the multiplayer experience to talk about in the schoolyard, the game that rekindles lost friendships. And in that sense, it’s better than ever. 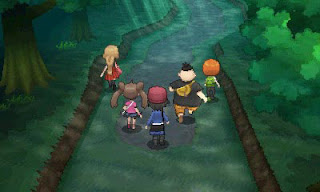 In particular, the online features have made great strides; I’ve never found myself so engaged in a community where I cannot log myself out. Seemingly bullet-point features like swapping Pokémon with strangers through the appropriately named “Wonder Trade” offer a glimpse at the generosity that a simultaneous worldwide network can harbour. You’re also given just enough liberty to personalise your character’s appearance and profile without having to put up with a society of filth. Best of all, these features are accessible from wherever the player chooses to venture. You can turn them off to appreciate moments of solitude or stay connected with what is now almost literally the world.
Ultimately, Pokémon X isn’t going to alter the opinions of those who have detested the franchise, visual overhaul be darned. The new graphics engine, while stunning in spots, is rough around the edges during both overworld exploration and battles and could use some tuning up for the inevitable Pokémon Z. Instead, those who have vacated the series may find value in returning to one of the most joyful time guzzlers around. Between the subtle refinements, improved flow, and mega evolutions that pay homage to the days of yore, there’s a lot to fall in love with again. The simple bliss of amassing and battling with creatures has never been better.
In fact, I surmise this entry will make some reconsider whether the franchise needs a substantial transformation. Pokémon X does just enough to shape future titles while still resting comfortably on its own laurels.