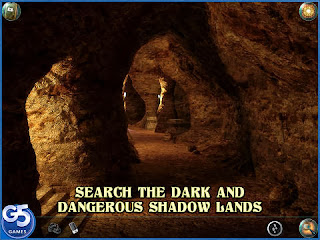 The adventure game genre has had a real resurgence on the back of The Walking Dead game franchise. And with that comes more casual titles that play on the same genre appeal, but offer a significantly gentler experience. Enter Brightstone Mysteries: Paranormal Hotel. It doesn’t come close to The Walking Dead, but it offers a decent and engaging narrative, and potentially becomes a “gateway drug” to the better examples of the genre for the kids.

When Brightstone Mysteries begins, it is fairly mundane, as psychic detective Bridget “Biggi” Brightstone is interrupted on her holiday. With some lame dialogue between her and her chief, you are thrust into a murder mystery and you have to find the clues to discover a missing necklace and the reason that one of the hotel’s customers was sent to the hospital in a coma. Coming across ghosts and troublesome hotel staff, Biggi has to use the clues to crack a much bigger case than she originally thought. 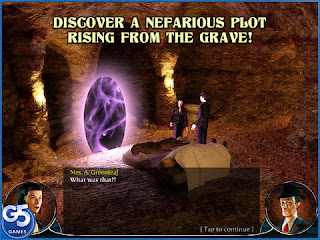 While the game starts in a pretty uneventful way, the game opens up into an intriguing story, one that you don’t quite see coming. If all else fails, the details of the plot are quite unique and surprising. It’s nothing that you haven’t seen before, but it’s engaging nonetheless. It’s always impressive to play though a game that you can just tell the developers wanted to make, as great fans of the genre.

The strength of games like this comes in the narrative and although the iTunes description of the game ruins the story (seriously, don’t read it), it works quite effectively if you try to go in blind. Also, I would advise even the most casual of players to start at least on the medium difficulty as the easy mode is way too easy and gives you a lot of the hidden narrative drivers with little effort. If they could make the difficulties a little bit harder then it would improve the game quite a lot.

With much of the talk in gaming circles about the quality of graphics, even in mobile gaming, it’s refreshing to come across games where narrative is still more important than the visuals on screen. There’s plenty of potential in this development team, and they’ve got a good grasp on the supernatural genre, which as we all know is a happy hunting ground for entertaining game concepts. 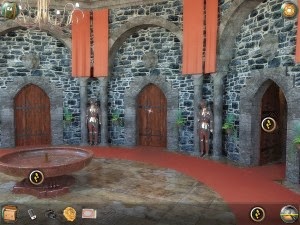 Another run at this type of game is just what the developers need to nut out some of the issues that I would put down to either time constraints or inexperience. The soundtrack is completely unnecessary, alongside a voice over in the early scenes that doesn’t match up with the captions. It’s like the same guy who does those Chinese pirated DVD captions also captioned this. There just isn’t the level of polish that you’d hope for from a game on any device in 2013.

I hope that this is just the first in a series of games with Biggi Brightstone as the main protagonist. She is an interesting character, even in the short time the game actually hangs around for. She’s a character I probably want to spend a bit more time with over a number of different mysteries. Packaging a collection of them together as a single app would be a good idea too because, frankly, Biggi’s not good value right now due to how brief her game is.