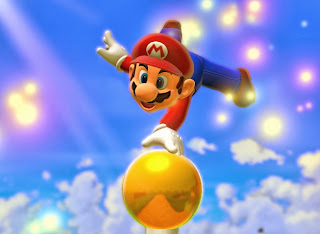 Something spectacular happened when I got some hands on time with Super Mario 3D World at the EB Games Expo 2013 show; everyone was participating as equals.

Five levels were on show at the Expo, and I got to play them all. In each case the experience was purely multiplayer, and I was paired with three other players of varying skill. Some were clearly gaming veterans. Others were clearly utter beginners. What worries me, after playing through all of these levels in multiplayer, is how great they are as levels that have something for everyone in multiplayer.

Let me explain: across all five levels it was as easy for an experienced gamer to get through to the end of the level as it was for a complete beginner. The platforming was designed in such a way that, for the most part, the only way that players would not get to the end of the level would be if every single player died within a few seconds of one another, and with regular power upgrades and a really quick respawn, that was never going to happen. 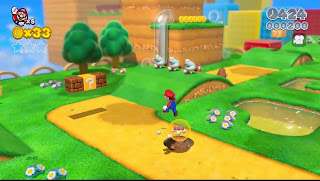 Worse, it was possible for the beginner to win by charging forward and grabbing all the loot, because the threats that they faced were, frankly, quite tame. Sure a player who got knocked out a couple of times would not likely end up with a top score, but I can’t recall a single player, even the most beginner amongst them, getting knocked out in a level more than twice, regardless of how many risks they took.

The only real problem area in terms of skills required to get through was found during the water levels where we were working together on a single boat and needed to work in unison to get to the end. If we didn’t all “jump” at the same time in order to get the ultra-rare gold star, we would have to restart the level. But if we were not willing to chase the gold star we could cruise through the level while compensating for the complete newcomer, regardless of whether they were steering in the completely wrong direction or not.

All of this is fine for the multiplayer experience, and in fact, everyone walked away from the console at the show with a smile on their faces. As a party experience it clearly works. My concern is for the game as a single player experience. 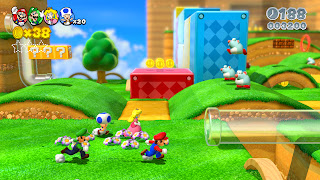 The levels I played were ridiculously easy. Perhaps Nintendo was compensating for the lack of true 3D meaning that it has now become harder to judge jump distances and the like. Perhaps it’s Nintendo figuring that people tend to play their Wii Us in multiplayer settings, or it could be as simple as designing levels to take into account that in multiplayer players will be playing with Wiimotes that don’t have analogue sticks. Whatever the reason, Super Mario 3D World is, as far as I can tell, way too easy for the heritage of the Mario franchise.

I’ve never been a huge fan of a game’s difficulty being tied in with the optional bonus objectives, and that seems to be where this game’s focusing all of its challenge in with. Otherwise, from the perspective of simply getting from point A to point B, Mario 3D world is just way too easy. The cat suits are a load of fun and there are some delightful secrets scattered through the levels, but the lack of real challenge, compounded by the lack of proper 3D, has left this Mario title feeling like the most uncomfortably “accessible” in Nintendo’s history thus far.

I can only hope the full game has a bit more bite in it, to make the whole experience feel more rewarding than it does currently. But, it must be said, even if the single player experience doesn’t improve for the full release of the game, Super Mario 3D World will be a brilliant party game experience. You’ll be able to put Nintendo Land to rest, finally.

Interview: Aussie indie on game development and the challenges of Kickstarter