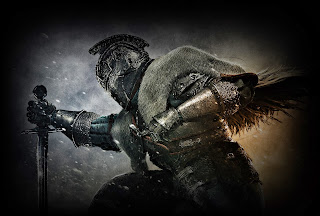 I’ve always been a bit concerned about Dark Souls 2, after I heard it was announced. My concern was always tied in to the budget of the game – Dark Souls 2 clearly has a bigger budget, and that means it needs to sell more copies to justify the investment on the management side of the business. The only way to achieve that is to make the game reach out to a broader audience, and this tends to bring up that scary “a” word… accessibility.

From some hands on time with Dark Souls 2, my concerns remain, though for different reasons. The game certainly hasn’t become accessible, though the atmosphere does feel a little less tense than before. But while Dark Souls 2 might not be accessible and maintains the franchise’s customary difficulty, what worries me now is whether From Software has enough tricks up its sleeve to delight again this time around. 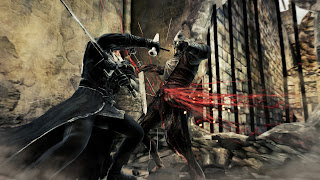 The move from Demon’s Souls to Dark Souls was a profound one. From Software had come up with fascinating new enemy designs, new traps, and new tricks to really test the player. It meant that both games were equally playable right next to one another and players would continue to experience new and surprising tricks and traps right through from one end to the other.

This is so important for the Souls franchise because a key part of its appeal is the mystery – the feeling of exploring the unknown, coming up against impossible beasts and then figuring out how to defeat them. Familiarity was always going to be the Achilles heel of making the Souls games into a proper franchise, because the moment people stop guessing about the game’s world or the creatures within it is the moment it looses its magic.

So the Dark Souls 2 demo was worrying in that it was so very familiar. Almost… safely familiar. Enemies came at me in predictable patterns and had predictable weaknesses; I knew what the shelled enemy would do before he did it. I knew that the dead bodies lying around wouldn’t all be truly dead. 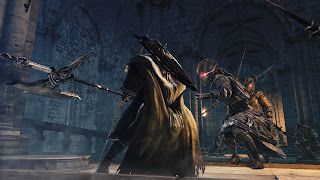 And I knew the boss would behave the way he did, roughly speaking. He still beat me, because he is genuinely tough, but I wasn’t as intimidated as I have been in past Soul games from fighting him. He was just too much like a familiar friend.

It seems to me that the focus on this game is more about the combat. From Software have been eagerly showing off the ability to duel wield (and it still doesn’t compete with the classic sword-and-shield combo), but that’s missing the point of their own game. It was the world, the subtle narrative and the entertaining online structure that made both Demon’s Souls and Dark Souls so compelling. The combat was nice, but I can’t imagine how anyone would have played Dark Souls and thought to themselves “if only this game had duel wielding”).

Now of course it’s completely possible that From Software didn’t want to give away its surprises too early, and it’s possible that this is the closest sequence in the game that the team could come up with that wouldn’t spoil the final experience for Souls veterans when they get their hands on the full game. In fact, given From Software’s track record, I’d say this is very likely indeed. But solely based on what I played at the EB Expo, I worry that From Software might have plateaued. And when people allow themselves to love a game as much as they Dark Souls, I fear a plateau will just not be acceptable.

Kickstarter is formally live in Australia