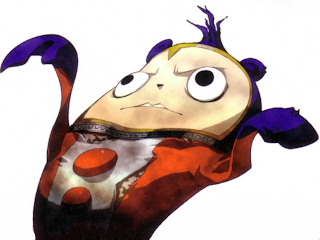 Oh look. I was right. Nintendo was never going to acquire Atlus. That was a silly rumour perpetuated by one dude with a poorly-informed opinion putting digital pen to digital paper.

(In fairness, I didn’t quite guess which company would make the acquisition either, but I was on the right track!)

That acquisition was never going to happen. But it turns out that the report that Sega would acquire Atlus was partly correct; Sega Sammy Corporation is acquiring the entire Index Corporation, which owns Atlus, for 14 billion yen ($140 US Million).

The acquisition will be completed in November. And then Teddy will take his place next to Sonic for the next kart racing game, where he should have been all along.

Or Rise and Yukiko in the next Hatsune Miku game. That would be fun too.