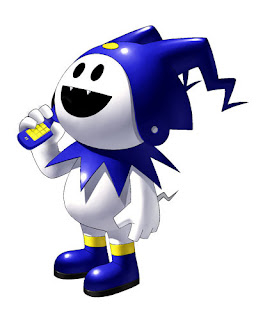 The bidding war for Atlus has begun. 20 companies have thrown their chips into the ring and it seems that the acquisition is going to be a big deal. While there’s only one known bidder so far, SEGA, the bid is ¥20 billion (approximately $200 million USD).

Prior to the auction, many had predicted that Nintendo would be the one to make the acquisition. In fact, in a spectacular example of how not to do journalism, a single opinion piece from a single website with no actual proof managed to become popular aggrigate website, N4G’s #1 story, and become earmarked as a “rumour” across many other websites.

There is no sign that Nintendo has put in a bid, though the other 19 bidders are so far undisclosed. It is worth noting, however, that Nintendo is not a company that typically makes big acquisitions – the 2007 acquisition of Monolith was considered a significant investment for the company, and that was a relatively paltry acquisition.

Sega’s bid of ¥20 billion is, in fact, around ¥5 billion more than the consultants brought in to oversee the sale, GCA Savvian, had anticipated. It looks like Atlus parent company, Index Corporation, will get a good deal out of this sale.

While we wait to find out what other companies made bids and for how much, I’m sticking by my original prediction that Nintendo is either having a fit of un-Nintendolike behaviour, or will not be the one to acquire Atlus.

And it actually makes a lot of sense for SEGA to pick up Atlus, so I would be equally unsurprised if it turned out that the biggest bid was SEGA.