As if you didn’t know, one of the biggest games of the year (if not the current console generation) is now out in the wild and playing on more than a few Xbox 360’s and PS3’s around the globe. We’ve got some cheats to help you through the massive campaign, the latest site update complete with extras and a look at GamesRadar’s review.

The official trailer outlines an epic 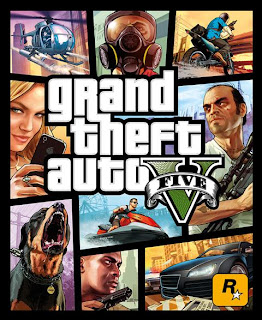 So first things first, if for some reason you haven’t seen the launch trailer for GTA5 yet, you really should take a peek. The trailer sets the stage for what’s a three part story with a trio of main characters that gamers can swap between on the fly.

You’ll also get an appreciation of just how big Grand Theft Auto V is. With a map that’s absolutely massive (like, as big as all the prior GTA’s put together), this is one criminal venture that’s going to take you quite a while to fully exploit.

Click here and take a look at what’s in store

Along with the game’s launch, Rockstar Games has updated the official website with more of the Travelogue that they’ve been running.

Along with a selection of new screenshots and artwork from the game, fans can see all there is to do in Vinewood (the GTA universe’s take on Hollywood), check out all the new features of the Social Club and even see the mobile apps for the game including Snapmatic and the Facebook spoof, Lifeinvader.

Get ready for your trip to the West Coast here

GTA5 is a big game. No, like really big – did you read the first section of this post?

The point is that the game is so big that you might need some help here and there. And by ‘help’, I of course mean cheats. So it’s a good thing then that website CheatCC shared a bunch of shortcuts for the game with us and a full list of the Achievements/Trophies as well.

Just remember, if you’re going to use one, do so with the knowledge that it’ll nullify any Achievements that you would have gotten in that play session. So use ’em tactically is what I’m saying.

Get the full skinny on those glorious cheats here 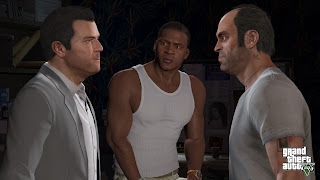 And now, the review you’ve all been waiting for

While our review on BG is still a little ways off, our friends at GamesRadar sent theirs our way so we could bring you guys and gals a look at one of the hottest games of the year right at launch.

The website heaped all kinds of praise on the game calling it no shortage of niceties. The bottom line here is that, more likely than not, you’ve already made up your mind as to whether or not a copy of GTA5 will be gracing your chosen console, but just in case you haven’t – have a look and see what you think.