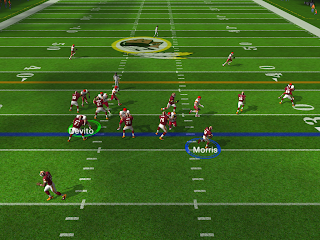 Everything about Madden NFL 25 reminds me that this is a free-to-play game. And that’s why I hate it so much.

EA, in its quest to take every single one of its franchises and shove it into a free-to-play model that often doesn’t work for the game in question at all, has taken the game of NFL; one of the most in-depth and strategic sports out there, and torn it to shreds in the quest to nickel and dime players.

I’ve got a long laundry list of just how wrong EA has got this game. There’s a leveling-up system that locks the vast majority of plays out of the game from the outset. Once the more complex plays in the play book have been unlocked, they cost in-game cash to use. Each and every time. Given that players are probably saving the limited in-game cash they’re earning for the ridiculously expensive “packs” of cards that Madden throws in, that means that the majority of the game is played using the same limited plays over and over again. Luckily the AI is dumb enough to fall for the same play, even if it’s been executed ten times in a row. 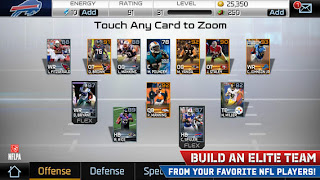 Those “packs” of cards are there because if you want good players, you’re going to need to collect them, CCG-style. The game has the full NFL license, but players stats are deliberately neutered at the start of the game. “Silver” and “Gold” players are naturally locked away in these packs, and the game’s Facebook integration makes multiplayer nice and easy to get into. Pay-to-win multiplayer basically, because he who has the biggest numbers will almost be guaranteed a victory.

And then there’s the gameplay modes – all custom tailored to assure EA that people are playing as little as possible between shelling out more cash. The vast bulk of the game is best described as training minigames in which players need to complete a silly objective such as completing three passes in five attempts. Then there’s the occasional “match day,” which is filtered down to minute-long quarters. If there’s an option to play a full, proper game of gridiron in Madden NFL 25, I haven’t found it yet. 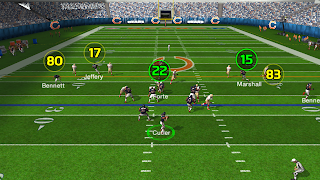 All of this is because the game has gone free-to-play and the monetisation model no longer supports proper football. People aren’t spending cash if they’ve got hour-long games going, after all. It is especially frustrating considering that EA and other developers have proven that proper sports games can play well on iOS. Madden NFL 25 controls well and looks decent. There’s no reason that it couldn’t have been a $10 game, just as EA’s previous sports games on iOS were before the free-to-play obsession hit.

EA recently sent me a press release that proudly proclaimed that FIFA 14 on the iPad was going “free-to-play.” I’m not a massive fan of NFL, so butchering Madden on mobile isn’t such a big deal to me on a personal level; I’ve just deleted the game and moved on with my life. But I love FIFA, and in fact FIFA 13 on the iPad was a brilliant game. I’m terrified by what’s going to happen to it now.

Interview: The mind behind SteamWorld Dig on Nintendo and indie development