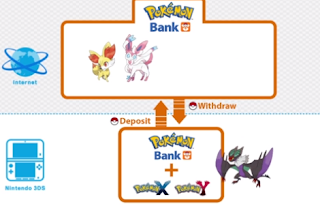 Nintendo held a Pokémon-themed Nintendo Direct event today focused exclusively on the upcoming 3DS releases Pokémon X and Pokémon Y. We’ve rounded up most of the details below.

Pokémon Bank will be a cloud-based service offering cloud storage for up to 3000 of your digital creatures through 100 boxes each with a capacity of 30 Pokémon. This storage solution is also planned to be compatible with future titles. A variety of search options have been included to ensure players are able to find the proper creature in a timely manner.
When it releases “later this year”, Pokémon Bank will also charge an annual fee. Though this amount has yet to be disclosed for other regions, Japanese players will have to pay ¥500. 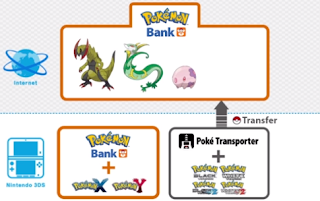 Poké Transporter
The Poké Transporter is add-on content for Pokémon Bank that is only available after purchasing it. Pokémon from Black, White, Black 2, and White 2 can be transferred to X or Y by using the Poké Transporter, meaning monsters from as far back as Ruby and Sapphire on the Game Boy Advance are also indirectly compatible. This point was stressed several times as Game Freak wishes to maintain the bonds that players have developed with their digital companions.
Other highlights 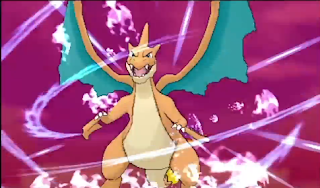 You’ll be able to pick Charmander, Squirtle, or Bulbasaur as additional starter Pokémon. The once-final evolutions of these, Charizard, Blastoise, and Venusaur, will now have Mega Evolutions (see Mega Charizard to the right).

The two limited edition X and Y 3DS XL models will be released on September 27th in North America and Europe.

As announced previously, Pokémon X and Y will launch globally on October 12 in seven different languages. However, this entry will be the first to allow the player to select the language of their choice.

You can catch the full Nintendo Direct below: