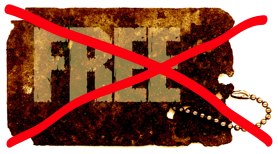 Australia’s ACCC has announced that it is joining a global push against the free-to-play game development structure for games targeting children.

A report over at the ABC states that the competition watchdog hasn’t ruled going further and enacting enforcement action against smartphone and tablet apps that adopt this model.

The ACCC joins some 50 consumer protection agencies around the world claiming that the business practice is unethical. There needs to be better disclosure (especially with the Google Play store apps) about what is free and what is paid content, the argument goes.

Leaving aside the ridiculous arguments that are in that ABC report such as the one that claims smartphone and tablet gaming normalise gambling in children, it’s not a bad idea of regulation tightens up around these apps.

Parents should probably pay closer attention to the apps that their children download, and if they give a child a smartphone with a credit card attached to it then they deserve all they get if the child also knows the password to the account. With that said, it’s impossible to deny that there are some app developers out there that do not behave in an ethical fashion and consumers do have a right to know if they’re about to buy something.

Where regulation will annoy me is if the Government bodies step in to the point where developers are restricted in their ability to produce freemium titles. Our censorship system in Australia already means we miss out on a good deal of content, and I would hate to see legitimate developers decide to not bother with the Australian market because the app doesn’t comply to draconian regulations around in-app purchasing.

What do you get when you mix GungHo and Suda51?