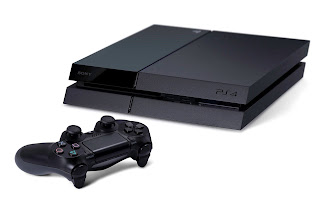 According to the Wall Street Journal, Sony is very close to reaching a deal with media giant Viacom to stream live TV over the Internet.

TV is one of the few areas that Sony’s entertainment portfolio doesn’t cover, and in the face of the sheer focus on TV that Microsoft has with the Xbox One, being able to offer an equivalent service on the PlayStation 4 will be seen as a competitive advantage.

According to the same report, Sony is also in conversations with CBS, Time Warner and Disney for content partnerships.

This is all well and good, but there’s a big question hanging over the deal sitting here as I am in Sydney. With this partnership, should it eventuate; is any of it going to be to the benefit of Australian gamers?

Something that has annoyed me about the Xbox One more than anything else has been how American-centric it is. It’s great that Americans love their gridiron and fantasy leagues, but that means next to nothing to me and 99 per cent of Australians, and Microsoft is wasting valuable marketing time on this stuff to us.

Also note that it’s not just Australia that gets left out by all this America talk – gridiron doesn’t mean much to the Japanese or Europeans either. It was fine when one console was focusing on a single market. It’s a bigger problem should the main competitor to that console follows suit. Suddenly it feels like the rest of the world is missing out in a battle over a single market.

There’s no real news about how all of this might play out outside of America, but I do hope that Sony, as a Japanese corporation, realises the value of making a product that won’t leave large parts of its potential audience feeling left out. And in fairness to Sony, it has done a good job in the past with bringing its multimedia features overseas wherever possible. So fingers crossed.

The new look Xbox One is a marketer’s nightmare