The PS4 finally has a release date, there’s way more of a reason to own a Vita, the eShop welcomes a sale on Atlus games and The Chaos Engine returns for PC.

As expected, Sony announced the release date for it’s upcoming fourth PlayStation console at the Gamescom show that’s currently running in Europe. The console is officially set to land onto retail shelves and living rooms on the 15th of November in the US and 29th in the UK.

The release date was only one of plenty of other news bits and bobs to come out of the Sony press conference at the show though. The company also announced an impressive lineup of indie games on the way, the reemergence of classic title Shadow of the Beast as a PS4 exclusive and some interesting news about the PS Vita. 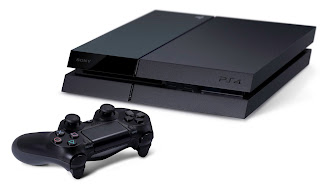 Remote Play looks like it’ll actually be a much bigger part of the PS4 experience than previously thought as the feature will reportedly be usable in “almost all” PlayStation 4 games. Obviously, games that have special control requirements would be excluded from play on the Vita, but that’s a great sign for anyone who was ticked off about the lack of use for the feature between the PS3 and PSP.

Check out the full story here

Atlus games go for cheap on the eShop

If you missed out on any of the niche company’s offerings for the 3DS, now’s your chance to catch up.

A number of the company’s top titles on the eShop are on sale until the end for the month including Soul Hackers, Code of Princess and Etrian Odyssey IV. All the games are $10 off their normal prices during the sale, which is pretty decent for an event that isn’t tied to a Holiday or Summer Sale.

Bust your wallet out and read on right here

One in a long line of classic Amiga titles, The Chaos Engine returns with a rerelease for the PC from Abstraction Games. A top-down action game with a steampunk bent, The Chaos engine might not be the best known game of all time, but it was one of my favorites and I played it to death when it was ported onto the SNES back in the ’90s.

The rerelease does actually have a few enhancements, but it’s otherwise the same old game that you know and love. It’s on the way to the PC (Windows and Linux) and the Mac as of now, but who knows, if it’s popular enough we might see XBLA, PSN or eShop versions somewhere down the line.