Grand Theft Auto V and Call of Duty: Ghosts’ multiplayer add-ons debut, Blizzard trademarks an interesting new title and The Witcher 3 just might be the most impressive looking game of next-gen.

A tale of two titans

GTA5 and CoD:Ghosts are easily tow of the most looked forward to games of the current/next generation. Both titles have beastly huge amounts of fans and hit all kinds of levels of popularity. While Rockstar’s baby hasn’t slowed down at all over the years (just the opposite), Call of Duty has been showing its age as of late.

It’s interesting then that Grand Theft Auto V’s new multiplayer mode breaks new ground with GTA Online, while Ghosts’ gives players largely more of the same. There’s some really cool new stuff in there, don’t get me wrong, but the level of ‘new’ that GTA Online brings to the table is pretty awesome. 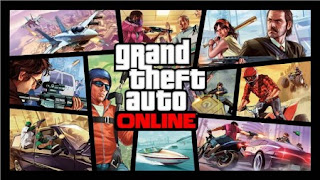 More interesting multiplayer maps and the ability to group up with CPU controlled squadmates in Call of Duty: Ghosts is actually pretty awesome, but it doesn’t even touch Grand Theft Auto Online’s persistent, open world. Of course, it remains to be seen just how GTA’s universe of mayhem is going to work in practice, but it’s a stunner in principle and on paper is one of the most exciting things to come out of the franchise since the switch from 2D to 3D.

Click on through to the tale of the tape right here for the full story on Grand Theft Auto Online, then click over to the Call of Duty: Ghosts multiplayer reveal here for the word on all the shooting you can handle.

What is The Dark Below?

World of Warcraft and Diablo maker Blizzard very quietly trademarked something called The dark Below this past week. Just what that is is a bit of a mystery at this point and Blizzard ain’t talking.

It wasn’t too long ago that the numbers were announced to be falling in terms of World of Warcraft’s subscriber base though, and it’s been heavily rumored that the company would be announcing another expansion pack as soon as possible to stop the bleeding and reverse those digits.

The Dark Below could very well fill that description and be the new pack that WoW needs. Of course, it could also be a new expansion for Diablo III that’s timed for release just after the console version of the game hits next month- or it could be something entirely new… 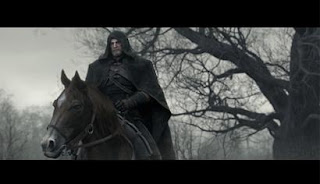 The Witcher 3: The Wild Hunt hunts some monsters

I’m not even going to say much here. Just go here and watch the trailer. Mature, dark and with a air of foreboding, CD Projekt RED’s third and final Witcher title is looking just this side of amazing. Sure it’s probably all cut-scene stuff in the new trailer for the game, but all the same, it hits the nail on the head of what fans are looking for from the last chapter in the Witcher saga.