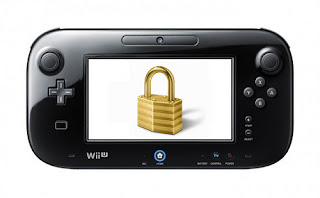 Nintendo’s “last hold-out” stance on region locking has become something of a rolling boulder of controversy over the last few weeks, and it continues to gain momentum.

Over the last couple of days there’s been a couple of apologist stories that have emerged defending the use of region locking, even as both Sony and Microsoft ditch the idea. NintendoLife published an opinion piece claiming that the issue was largely irrelevant – after all, not many people import games. Aussie Gamer meanwhile went one step further – it went out and claimed that region locking was good business.

How does that work? Let’s consider the reason that region locking existed initially. Back in the good ol’ days  software publishers and hardware manufacturers needed to maintain full operations in each of their major markets; to oversee distribution, to communicate with the market (marketing), to handle servicing, and to manage localisation projects as a game was released in each new market. Each of these subdivisions reported to the head office back in Japan or America, and had its own separate budget to manage. Because of that budget the company needed to do the best it could to protect the revenues in its own market in order to justify the budget going forward.

In other words, these subdivisions all operated largely as independent businesses and needed to protect themselves from effectively competing with themselves. There was nothing wrong with that business model, and indeed in the era when it was all about shifting boxes and realising profits by market this model generated great revenue for companies like Nintendo.

But times change, and the way businesses are managed shift to match. Companies Nintendo is competing against in the market – the likes of Sony, Microsoft and Apple – are all centralising their business models to one or two core markets managing out across the globe. Apple, especially, has proven to be masterful in managing its business throughout the world from California. Locally it maintains a standard set of PR functions, support and sales operations, but Apple’s famous supply chains, its hugely effective advertising and so much more of its business direction comes from the head office than ever before.

This has problems of its own at times when the head office fails to understand local conditions outside of its HQ – think of the controversy over the Xbox One’s American centricity elsewhere in the world – but there are major benefits that this strategy brings to the business back end. Specifically on the organisational level consolidating processes down to a single central point of command allows for a streamlining of processes and greater organisational efficiency. Organisational efficiency allows a company to deliver products to market more quickly, and minimise unnecessary expenses across the globe.

So why can companies now afford to centrailise their business models when perhaps previously it would not have been possible? The delivery channels of these products are increasingly being managed out of global headquarters. For hardware, again look at Apple (and Apple is indeed the leader in streamlining operations. Its successes here are driving competitors to follow suit) and the profit margins and global presence that it has been able to maintain as a result.

In terms of software… well software is rapidly undergoing a transition away from boxed product and distribution. Yes, that will remain a critical side of the business for the next generation or two, but organisations do need to be setting themselves up for a time where digital distribution will be the lead. And with digital distribution, the developers, publishers and consumers don’t really care where people are buying the game from.

With digital distribution a localisation company could take a game from Japan, translate it and then release it globally, where previously it perhaps needed to work with multiple other companies to localise it beyond its hometown. Where it still needs to (for instance, licensing requirements), it can instead contract out the job a small localisation outfit rather than an expensive publisher, cutting costs while still gaining the revenue from that region for itself. In this environment, to maintain independent business units throughout the world is creating a lot of redundancy in the job roles within that company.

And so, contrary to what NintendoLife claims, the issue is not irrelevant, it’s actually very relevant as I assume everyone would like to see Nintendo be a successful business. Crucially to Nintendo (and others) businesses moving forwards; region locking is an annoyance for us gamers, but worse, it’s a sign of an archaic attitude towards business, and that is a problem.

Microsoft and Zynga? More and more evidence that it might be a thing