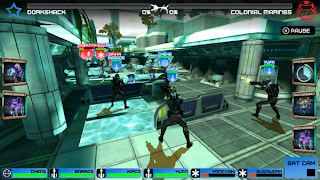 Looking at the screenshots, Rivals at War 2084 (or RAW 2084), could have been a superb game. It looks like it has everything going for it to make for an addictive free-to-play game. It’s got collectable cards, it’s got a neat setting and the promise of team-based arena warfare is exciting, considering it looks quite good in those shots.

Once I started playing I quickly realised that RAW 2084 is in many ways a lie. This is a game designed for nothing more than scratching money out of the players, and the game it offers in return could be barely called a game.

I can actually explain everything that players do in this game in a quick paragraph; players buy packs of cards that give them soldiers, equipment and tactics. They then put the equipment on the soldiers, assign some tactics to the team, and hit “fight.” The reward? More money. 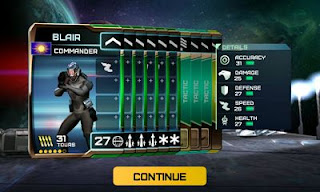 But here’s the rub; the combat isn’t interactive. You can watch the action play out as a video if you like, but if you’re feeling lazy you can skip right to the results. That’s right – here’s a game where you literally don’t have to watch or do anything. The results are predetermined before the arena action even happens. There’s some player interaction involved in the sense that as you open a pack with a better soldier than you have currently then you swap them in and put new equipment on them. Every card is limited in how many times you use it, so you’ll need to also monitor your stuff for when it needs replacing. But none of this is really a game. A game would be players also having some control over what happens on the actual battlefield.

To make matters worse, this game features one of the most unbalanced “pay to win” mechanics that I’ve ever come across. The packs of cards that are purchasable only with the premium currency that you buy with real cash feature cards that are well and truly more powerful than the packs of cards that can be earned in-game. Because there’s so little room for player skill to out-play superior forces, players who do buy those premium packs are tough to beat.