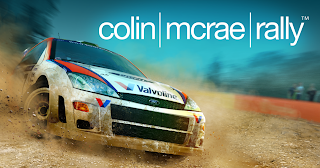 While we’re still ripping up the tracks in GRID 2 on our consoles, Codemasters has surprisingly brought the much beloved Colin McRae series back to drift all over our iOS devices. Built upon the Colin McRae Rally 2.0 version that was found on the original PlayStation, this upgraded version of the title brings the tight controls and rally racing roots that made the series great back in true form.

While Codemasters’ current core racing series, GRID and Dirt, offer a wide variety of racing styles and classes, the old school roots of the series focused on pure point-to-point races, which is when rally racing is truly at its best. Screaming down the treacherous tracks in complete reliance on your co-driver’s instructions to keep you from smashing into a tree/ rock while pushing your rally car flat out is exhilarating and the series has always gotten this basic formula down just right.

In this updated iOS version of the title, the very same core gameplay is back and is better than ever. The graphics, while looking a bit dated, offer a substantial upgrade from the early PlayStation era and offer a nice sharp appearance on a Retina enabled device. The cars accumulate dust and mud as you progress throughout the stages and there is a good amount of damage modelling on offer here as well. 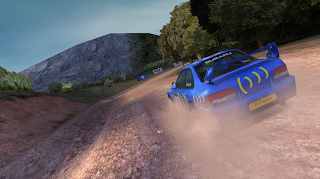 Touchscreen controls and motion controls are available, with motion controls being a side option for those who want to tinker around with it. But it is obvious that the motion controls are more of a novelty, seeing how they are not the default option. Looking back at the original title you will find that this series played great without analogue controls, and so the digital buttons work fantastic here.

The controls are extremely tight and responsive, which will have you sliding around corners with the pedal to the metal like a pro in no time at all. My only gripe here is that I wish there was an option to remap the digital buttons to my personal preferences.

Just like in the original, there’s a nice balance between the arcade and simulation style to the gameplay. The racing is fast and furious, more on the arcade side of the spectrum. Each rally is made up of several stages though and severely damaging your car can find you taking it into the following race still damaged – greatly affecting the car’s performance. After each stage you can only allot so much time for repairs while in the pits, so one severe crash or a handful of minor collisions can easily find you not being able to fully repair your car. This brings an element of risk vs. reward to the gameplay that is not only strategic, but intensely fun. Should you check up before topping that crest or keep the pedal to the floor to shave a second off your time? Come off clean and your stage time will be all the better for it, but if not, you just might find yourself barrel rolling over and again in a spectacular crash – possibly damaging your times for multiple stages. 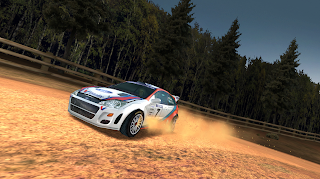 Progressing through the main Championship mode will fill your garage with a number of cars, each with their own attributes that makes them feel unique to drive. Also, completing a full rally will upload your total rally time to the online leaderboards, which is a fantastic addition to the series, as this is all any rally fan needs to keep them ripping through the stages for hours on end.

To makes this better fitting for mobile platforms though, any rally can be resumed after a single stage is completed, so there’s no worry for having to sit down for 20+ minutes per sitting to upload a time to the leaderboards.

Drifting back from the past, Codemasters’ Colin McRae Rally series has returned from the original PlayStation era to sling mud on iOS devices and into the hearts of rally racing fans all around the world once again. The classic rally racing action that was so highly praised all those years ago is now back and better than ever, putting the flat out action right into the seams of your pockets – this just might be one of the most surprising release to race onto the iOS Marketplace this year.

The weekly discussion: Do you Let’s Play (or watch them)?