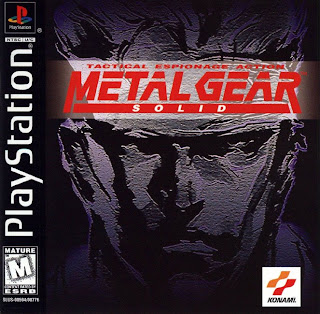 This week, Digitally Downloaded journalist, Joseph, kicks off a month of Friday 10s that will focus on one of the most popular stealth-action franchises out there. I am, of course, talking about Metal Gear Solid. And of course what better place to start the series with the finest moments of Metal Gear Solid!

Warning: There are enormous spoilers ahead and should be avoided from gamers that have yet to play such an astounding video game.

To celebrate Metal Gear’s 25th anniversary and the release of the Metal Gear Solid Legacy collection, I’ve taken the liberty of dedicating every Friday 10s this month to Hideo Kojima’s masterful franchise. Enjoy!

When I was a kid, my older brother brought home a game called Metal Gear Solid for the PlayStation 1. From the humming angels of the Konami logo to the gun shot following the difficulty selection, I already had goosebumps. What made this so memorable was the way the game followed through with a short and sweet mission summary as Solid Snake swam through the waters of Shadow Moses.

The graphical achievement, near perfect voice acting, and the magical score perfectly wrapped what was the beginning of a masterpiece.

9) “Whose footprints are these?”

From a 1998 perspective, gamers didn’t have much to view in terms of cinematic entertainment in the industry. Voice acting and realistic AI were a myth. Until Metal Gear Solid, that is.

Leaving footprints in the snow could warrant a nearby soldier to notice them and question aloud: “Whose footprints are these?”. At the time, everyone in the room were hysterical (yet impressed), by such a new AI mechanic. He even followed them like an actual person! Small things go a long way.

Hideo Kojima has a funny bone as it’s perfectly clear he likes to use humor even in the utmost serious situations. When Snake is secretly conversing with the Darpa Chief in his prison cell, the guard hears chattering and yells at the chief: “Shut up in there will yah?!”

If that’s not funny enough, Meryl (who is located in the other cell on that floor), beats up the guard and takes his clothes. After everything happens, Meryl eventually lets Solid out, but he couldn’t help to notice the guard laying on the floor, naked and with his butt in the air. (It’s Johnny’s signature you know!) 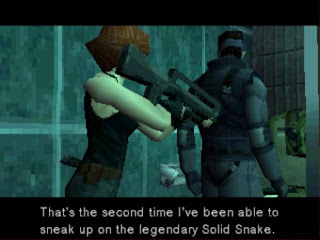 Solid’s first encounter with Sniper Wolf is love at first sight. Until her bodyguards ruthlessly knock him out. Eventually waking up, Solid Snake finds himself shirtless on a table where his arms and legs are in a bondage. Here, you faintly hear Liquid, Ocelot, and Sniper Wolf chatting amongst you.

Ocelot remains in the room where he tests your might with electric shocks. Resist and you may unlock something nifty. Do not resist and you’ll fail to live up to the legend. Either way, you’re pressing that circle button like your life is on the line and it couldn’t have been more engrossing.

With the Darpa Chief dead, Solid Snake’s only option is to venture onward to save Donald Baker (the second hostage). After demolishing a few hollow walls via C4, Solid finds Baker tied to a support beam with wires everywhere. Oh and Ocelot is there, too.

He introduces himself and challenges you to a one-on-one duel. It’s so incredible I won’t spoil any more.

I wanted to put Meryl’s debut as one of the best moments, but there are way, way too many to list in such a restricted feature. Maybe a Friday 20s would do this fan justice? Either way, Snake and Meryl meet up later on in the game that results in a halt. A sniper (Sniper Wolf presumably), has her cursor on Meryl’s head. Before Solid can act, she begins to shoot Meryl in her arms and legs.

By the end of the slaughter, Meryl is in a pool of her own blood crying as she knows death is on his way. Sniper Wolf is using Meryl as bait to draw Snake out of his hole (not literally). With nothing in his power to stop her from so far away (or to get Meryl out her line of fire), Solid flees leaving Meryl behind.

Master Miller, one of Solid’s old friends, has assisted him throughout his entire journey on Shadow Moses Island. But here’s the thing: it wasn’t really Miller. It was Liquid. Liquid disguised himself to look like Miller so he could manipulate Solid more easily… and it worked.

Not only did Liquid execute his plan perfectly, but he also killed Miller days in advance. Talk about a try hard. 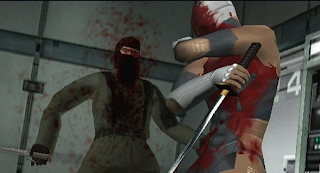 3) The fight with Liquid on top of Metal Gear Rex

Stealth bombers are on their way to bomb the facility and everyone still alive only have a few short minutes left before they’re history. Meryl’s about to die from a loss of blood and her pulse is linked up to a bomb that will blow when her heart goes. The approximate dealine is three minutes and that gives Liquid more than enough time to settle the draw with his twin brother.

After meeting up with Meryl, you walk down a hallway and encounter Pyscho Mantis. He hypnotizes her and completely breaks the wall. The famous quote on the inernet “So, you like to play Castlevania?” is one of the few games he’ll identify. At the time, this was mind blowing as we’ve never seen the fourth wall broken down in a video game before. And in such a flawless fashion.

To top it all off, he asks for you to put the controller on the ground. When done, he moves the controller with his telekinesis powers. It sways left, then right. Pretty simple, but, like I said before, back then it was magic. Impressive for video game. Oh, and the fight was good, too.

1) The death of Gray Fox

Towards the end of the game, Solid Snake encounters Gray Fox for the final time during his fight with Metal Gear Rex (Liquid). The radome is Rex’s fuel supply and Solid is having an absurd amount of trouble destroying it and looking for a weak point. Gray Fox appears just in time to save Solid while confessing the truth of Naomi.

Gray Fox eventually destroys the radome whilst giving his own life to save Solid. This moment is so emotional and memorable, it deserves the number one spot. To think, if Gray Fox didn’t aid Solid in this fight, he’d be six feet under. All in all, Metal Gear Solid is indeed worthy of the codename “Fox”!

The weekly discussion: Do you Let’s Play (or watch them)?