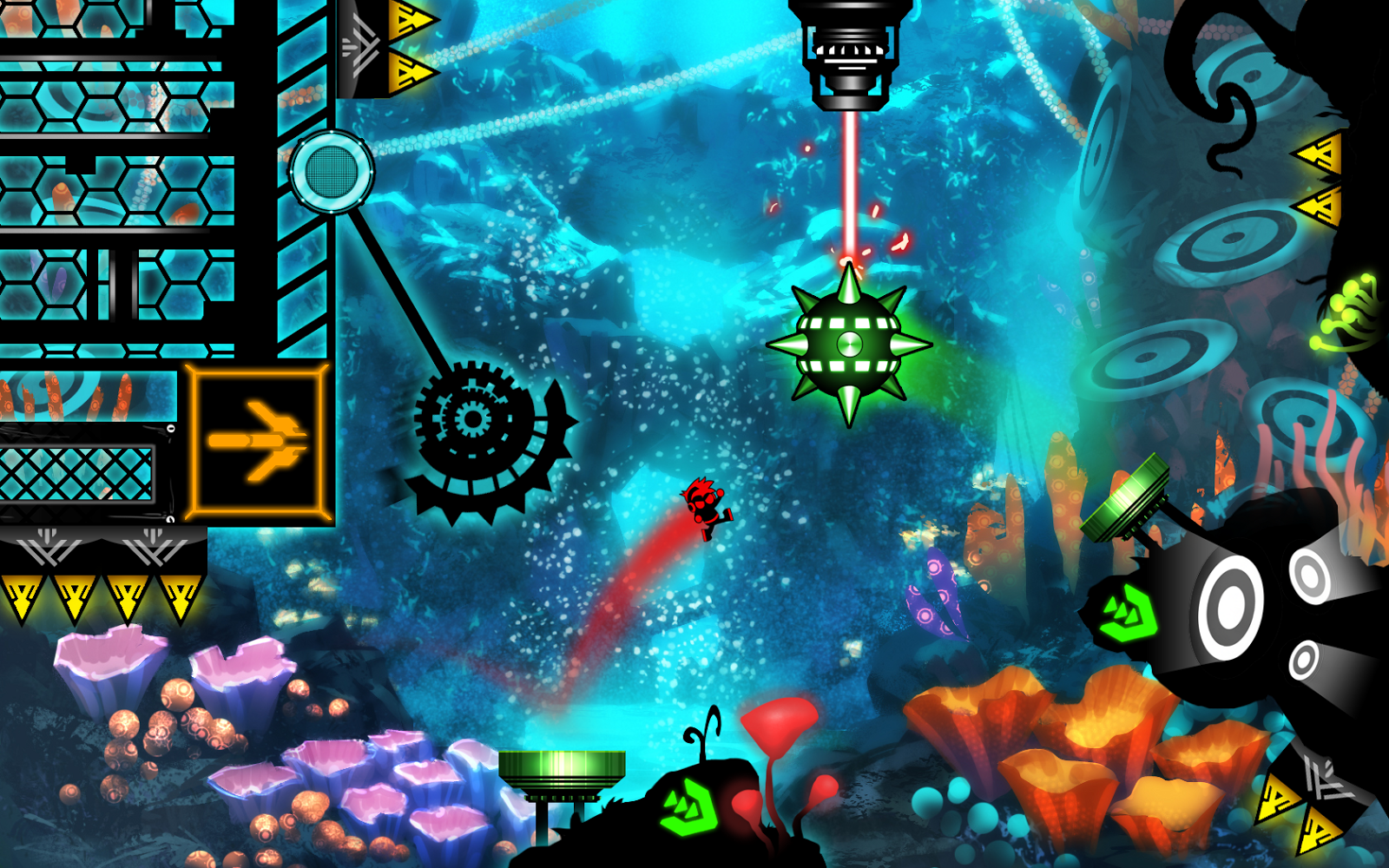 I grew up on platformers, which are often a test of several things – reflexes, memorisation and in no small part – patience. There are a lot of things that can ruin the experience for players, making platforming titles on of the tougher genres to ‘get right’.

Rush Bros is a new entry to the genre that tries to do a few new things, with varying degrees of success. Most of the basics that you would expect to be there are present; the graphics are colourful and generally sharp and there is no slowdown, which is crucial in a game where timing is everything. The sound effects are fairly average, but the music that Rush Bros ships with is actually pretty cool, with some upbeat, techno vibes that fit the visual aesthetics perfectly. 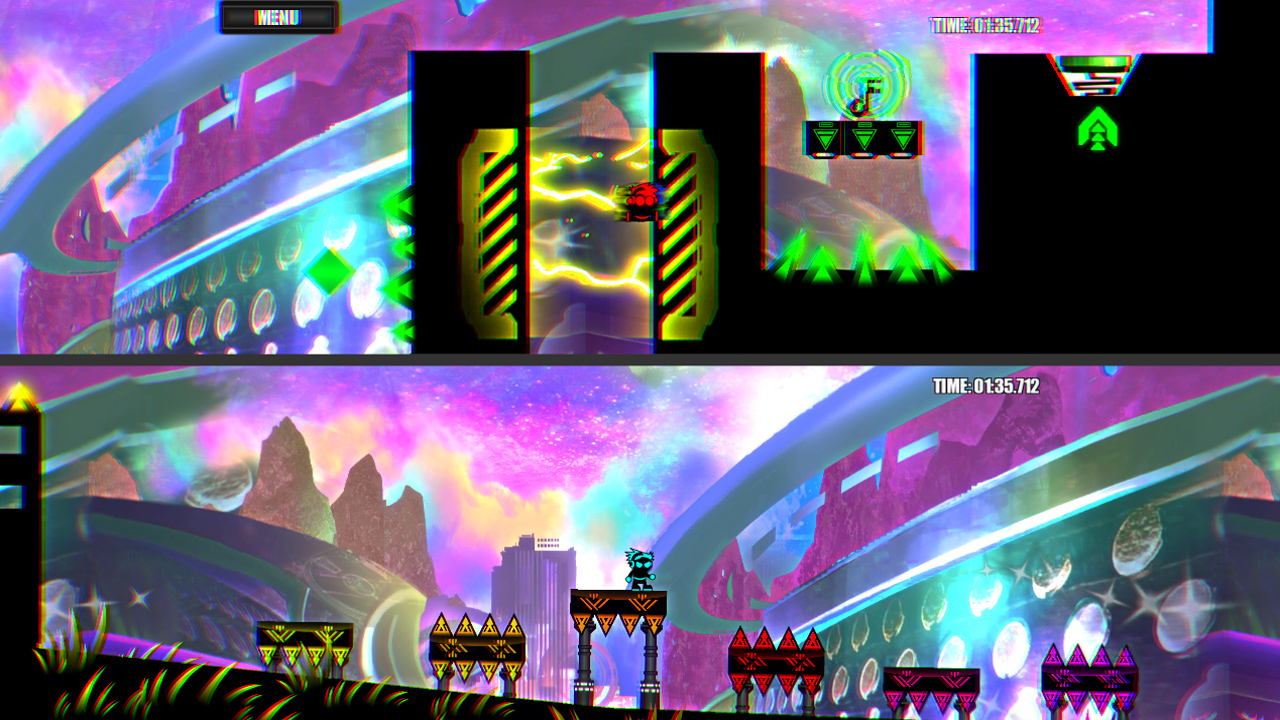 Speaking of music, that brings us to one of this title’s key features. Each level features traps, and the music you load into the level impact how the traps respond. I just wish there was a bit more pulled out of this mechanic, which had the potential to add far more to the game than it does. While there is a difference in how the traps respond to different song types, it would have been even better were there a more notable impact on the level design itself. While you can use the game’s supplied music, this feature also allows you to import music files off of your computer and play those as well.

The game responds pretty well as you try and guide your little hero around, and despite some cheap traps here and there thanks to some occasional less-than-inspired level design, I did not find myself blaming the game’s controls for my heroe’s demise. You can use either a keyboard or a controller, but definitely grab a controller if you can. The keyboard controls are functional, but not nearly as effective or fun. 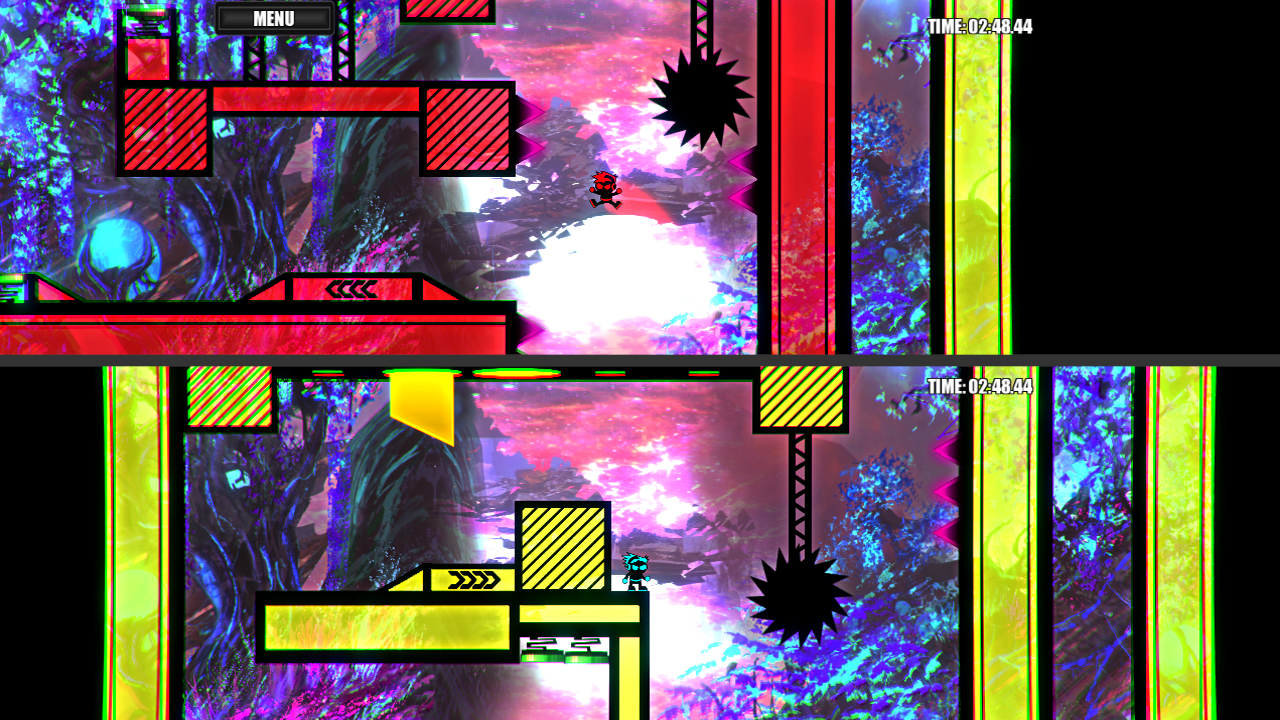 Rush Bros is a bit lacking as a single player experience. It is fun for a while, but the game’s hooks loosened fairly quickly over time. That being said, I had a blast with the multiplayer as my son and I competed against one another on a variety of levels. Overall he is better than me, but memorisation through trial and error are the key, and usually the victor will be the player who knows a particular level best.

Platformers are not my favorite video game genre, but I have been known to drop several hours on them when they’re good, and the fact I did so here is proof enough that I enjoyed Rush Bros. A technically proficient game with some good ideas and presentation, but somewhat less inspired level design, Rush Bros was clearly meant to be played with multiplayer in mind, and that is indeed the best way to experience the game.