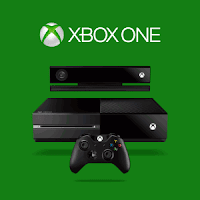 Microsoft changes course and announces that the Xbox One will be used game friendly and will no longer require online check-ins.

Well this was somewhat unexpected. In the same week that the company declared that Xbox One games will cost the same as Xbox 360 titles, Microsoft responded to rumors about a rethinking of strategy. Via the company’s Xbox Wire information service just a short time ago, Xbox President Don Mattrick wrote a letter to fans telling them that their “feedback matters” and basically saying that this reversal of policy is due to the fan reaction. (So #noDRM worked across the boards then?)

That reaction he’s referring to was the overwhelmingly negative reception that the Xbox One’s used game and ‘always online’ policies got at E3. Aside from a bad taste, Sony was able to take advantage of the situation with its PlayStation 4 console and its lack of either one of the widely viewed to be consumer-unfriendly and industry altering changes.

So what’s different now exactly? At the same time, both not much and plenty. Here’s the long and the short of it, right from Microsoft:

Though the company shot themselves in the foot with the original announcements at E3, the reversal of them certainly goes a long way towards making up with current generation Xbox players and also creating a more level playing field with the PS4. At least now the machines themselves, and the games they play, will be the deciding factors in the next generation race – not ill-concieved policies.
If you’d like to read the entire letter from Mattrick and get some more info about the change in course, click here to head to the original Xbox Wire post about it. The Xbox One, new/old policy and all, will be available this November.
Share this

Devil’s Advocate: I wish Microsoft had have stuck to its vision