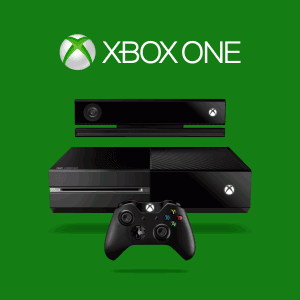 I want to make this clear in the first couple of words (as in, the only ones your typical knee-jerker will read before getting all abusive in the comments section): I was not a fan of the Microsoft Xbox One. In fact, the fact that the company has backtracked on its DRM policies and always online connection isn’t going to sell me on the console. It still requires Kinect, and the space in which I play games is just too small for Kinect to function properly.

With all of that said, here’s why I actually admired Microsoft for having a vision to build the Xbox One in the way it did initially, and here’s why I am disappointed that that company bowed to pressure to turn the console into yet another “me-too” product;

It’s a basic reality of life that the masses will not like genuinely new things. In fact, throughout all of history essentially every single people who dared to have an idea that the vocal masses and authorities didn’t agree with has been ostracised from society or worse. Let’s take a couple of examples: Galileo and Darwin in the world of science didn’t have a good time when the entire Christian world decided that they were speaking heresy. The pioneers of rock music were popular with the kids, sure, but much of the rest of world wanted nothing more than for them to go away and stop ‘corrupting the youth.’ The people that wrote the first novels (such as Daniel Defoe with Moll Flanders) were dismissed as trash, because novels were trash. Now people study their works in academia.

There is even a basic bell curve that applies to almost any new form of technology. In the phases of adoption you’ve got a very small group of “innovators” that buy in to new technology when it’s hot off the presses. Then there’s the phase of “early adopters” and this is about where the mass market starts to become involved. Following that are the “early majority” and “late majority” where a technology really sells, and finally come the “laggards” that are very slow to buy in.

The point is, though, that when a technology is in those “innovator” and “early adopter” phases it will draw a lot of criticism. People won’t necessarily understand it or what it offers, and people won’t necessarily think it’s a good idea. Perhaps the perfect example of this is Apple with the iPad. If you go back to the commentary around the device when the first generation was unveiled for the first time you’ll see a lot of pundits criticising everything from its name to its functionality (it’s nothing more than a big iPod Touch…).

So, yes, the Xbox One did not sit well with gamers. But then gamers hadn’t actually played with the console, and we’re seeing more and more that as a community, gamers are remarkably short-sighted and intolerant of innovative ideas. Whether it’s new hairdos/ costume design on a favourite character, a controversial new game element, or making a beloved franchise free-to-play people would sooner rage against an idea than give it a chance first. And every time the developer or publisher bows to this rage it’s a vote against creativity in the games industry.

What does all this have to do with the Xbox One? Microsoft has a vision for the console as part of its overall Cloud vision. A vision that is working in the enterprise space – Microsoft’s Cloud focus is doing good things for businesses. But the consumers haven’t see much of that at work yet. And yes it was an exclusive kind of vision that meant that many gamers would miss out. But then Microsoft was banking on the fact that Internet is ever improving across the would and what is a problem now won’t be in a couple of years, and frankly, building a product that provides excellent functionality for a specific demographic is a better way to do thing that trying to build a product that appeals to everyone, but only offers half the functionality.

You’re still going to need online anyway. Just as you’re going to need online to get more than a tenth of the functionality out of your PlayStation 4. It amazes me that now both Sony and Microsoft have managed to trick people into thinking that these boxes are going to offer anything special if they can’t connect to the Internet. Oh no, all you’re going to be able to experience is games with half the functionality (because developers will be working under the assumption that you’ve got online capabilities), so these consoles are going to be disappointing anyway.

But aside from compromising their vision, the biggest concern I have with Microsoft’s Xbox One is that now it and the PS4 are almost exactly the same console. Slight differences in power aside, they’re running on similar architecture and the experience of each will be similar. They’re both me-too consoles, in other words, and the only thing that’s going to differentiate them are the exclusive content that Sony and Microsoft manage to acquire.

And anyone that thinks that the publishers won’t find other ways to discourage the used game industry is deluding themselves. They don’t like it because it sends developers and publishers out of business, folks. Deal with the fact they’re going to push back against it in some form or another.

I liked that Microsoft was doing something different. I admired Microsoft was taking a stand against used games and trying to push the industry in a direction that would benefit everyone. Now I worry that it’s just made itself redundant.

Did the future for Microsoft’s Kinect just skyrocket upward?