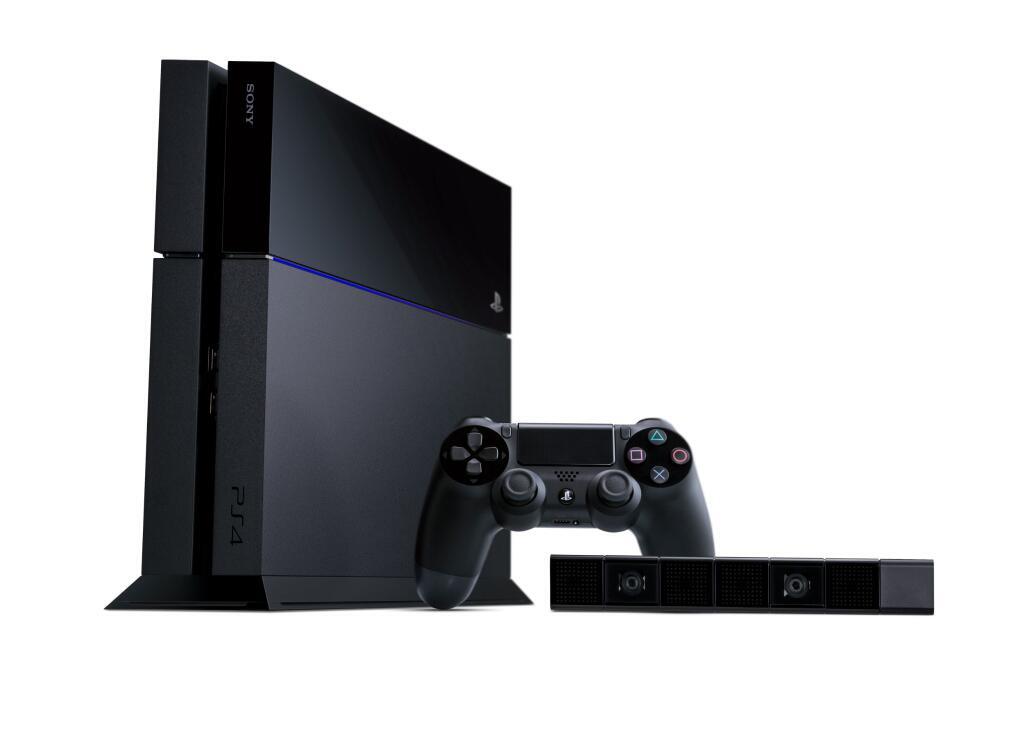 The PlayStation 4 has now been revealed. It has a nice futuristic design that’s sharp and chic, and images shown during Sony’s 2013 E3 conference show that it can either be stood upright (as shown in the image above) or laid down on its side.
The new DualShock 4 controller and PlayStation Eye can be seen in the image as well.
Share this

E3 2013: The Walking Dead crawls its way onto Vita

E3 2013: Grand Theft Auto V gets all bundled up for its PS3 release