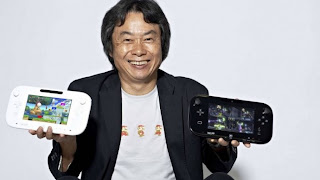 While it’s difficult to get excited about the third-party line up for Nintendo’s Wii U console, the first party releases over the next year or two will still more than justify the purchase of the console for many people.

This week, Digitally Downloaded journalist, Joseph, provides us with a list of the ten Wii U games he is looking forward to the most. There’s even a couple of third party games in there. Are there others not on the list that you’ve got your heart set on? Let us know in the comments!

Before it was delayed, Rayman Legends had a surprisingly impressive demo out on the eShop via Wii U. It provided a lot in terms of variety beyond the tried and true platforming. Ubisoft, unfortunately, delayed the game weeks before its initial launch that resulted in a thunderstorm on gaming forums everywhere. Ubisoft tried to persuade the consumers with reasoning, and even offered free DLC to hold the fans over.

Even if Rayman Legends has a history lesson due before its launch, it definitely has an absurd amount of hype behind it and for good reason. Check out the demo on the Wii U eShop.

Announced at E3, Mario Kart 8 looks to be an impressive addition to the Wii U’s library. We know few details about the final product from its original announcement, but it seems up-side-down gameplay is making its debut a la F-Zero style. Mario Kart 7’s underwater and sky gliding mechanics have returned as well which could possibly enhance the gameplay in an efficient way this time.

Though, if Nintendo wants to win the race, it needs to implement standard features and options its racing counterparts do flawlessly on a yearly basis. Enhance the online functionality and the accessibility, and at a later time, offer optional DLC. Give Mario Kart 8 a promising start so gamers everywhere will have the urge to buy it. And enjoy it.

Sort of like Mario Kart 8, we know little to nothing about Yoshi’s latest console offering. Other than knowing it’s being developed by Good-Feel (the same people behind Kirby Epic Yarn and the forgotten Wario Land Shake It!), we know nothing. E3 had no demo units, no announces, no updates, nada when it came to Yarn Yoshi.

Hopefully, in the coming months, we’ll see more news and previews about it, but until then, the hype train has run out of gas, and speculation is among us.

Aside from Viewtiful Joe and Okami, I have never been the biggest fan of Platinum Games’ work. With Wonderful 101, I think I’m going to add another game to that list. Think Pikmin, except with superheroes and minus the emphasis on collecting. While the gamepad may not be used in innovative ways, the core gameplay is a blend of interesting side characters and colorful chaos.

Using giant swords to defeat giant amoebas was one scenario I had watched from this year’s E3. Other than the other few and far between differentiating game videos, Wonderful 101 didn’t have to do much to impress a grump such as myself. It’s an attractive new IP that seems to offer more than meets the eye.

Oh, another third party title! Yes, it’s another third party title, but unlike Rayman, this one has a different story to it. As you may have heard, Rocksteady (the studio that evolved Batman as a video game character), is not developing the third entry in the series. Warner Brothers Montreal – a new team with a wealth of veteran developers from EA, THQ, Eidos, and many others – are the warriors with the task of vanquishing the skepticism.

It’s impressive to see how far a developer has gone to make this a prequel fans will come to enjoy. It’s traditional, yet takes a smooth approach to menus and puts a huge emphasis on Batman’s origins both gameplay and story-wise. Certainly a title worth keeping an eye on.

5. The Legend of Zelda: The Wind Waker HD

The Wind Waker not only was one of the most critically acclaimed games of its generation, but it was and still is, regarded as one of the best Legend of Zelda games ever released. It seems nearly every Zelda title in the last several years has had some sort of attention via the Virtual Console or other alternatives (Ocarina of Time 3D).

Until recently, The Wind Waker was left in the dust. Like a puppy going hungry. But now that owner is giving that puppy a feast. An HD coated feast. We’re not entirely sure what new content will be added or why consumers should buy a second ticket for a gorgeous thirty hour boat ride, but time will tell and fans like myself will continue to be ecstatic.

Xenoblade Chronicles released in 2012 on American shores (2011 in other regions), and received an over abundance of praise for virtually perfecting a genre everyone thought had already been done (Final Fantasy X). Monolith Studios has released an impressive E3 trailer showing some of what’s to come with the newest entry into the franchise.

As impressive as the reception of Xenoblade was, I never sat down to play it. Maybe after I play X, and trust me I really do, I’ll take a step back, ignore Matt as he points out its flaws, and see what made it so great (hey, it’s not my fault that Xenoblade is a far more generic JRPG than its setting wants you to believe – ed)

Ha! It’s not number one! The next two games look too darn good to be under such a predictable contestant. Now, to clarify, I’m a humongous fan of the series and I’m bouncing off the walls in excitement. But, there are too many questions left unanswered and so little time between now and the inevitable release to list specific reasons why this isn’t first place.

So far, there are a lot of reasons to be excited: New characters, new stages, two installments both for Wii U and 3DS, new story mode, and non-specified cross play functionality. Nintendo fan or not, everyone should keep an eye on this behemoth.

This last Winter, I finally sat down and played the original Pikmin via the New Play Control! port. It was nearly perfect. Every moment that passed in-game was so memorable I couldn’t stop smiling the entire way through. I was so pleased with my experience, I played through the sequel back-to-back. Even if it wasn’t as enjoyable as the original, I will forever love this franchise more than it probably deserves.

Onto Pikmin 3, it looks groundbreaking. The areas look larger, more diverse, and well structured. The visuals are finally up to Miyamoto’s imagination; now depicting what it would look like to be in a garden, per se. The new Pikmin species also provide new potential for unique gameplay mechanics, bosses, enemies, and so forth.

The series doesn’t retain a fundamental storyline, so picking this up (or even renting it), will confuse you no less than buying the original. (Which is highly recommended!)

You read it right, folks, Donkey Kong’s latest installment is this guy’s most anticipated Wii U game. While Super Smash Bros., Pikmin 3 and the rest look wonderful, Retro’s magic with the return of Rare’s marvelous trilogy – originally on the Super Nintendo – is nothing short of magnificent.

Aside from the lack of animal friends, water levels, wonky waggle controls and easy collectables, Retro Studios’ nearly perfect platformer on the Wii was an unforgettable experience and as a Donkey Kong Country fanatic, the wait is unbearable!

The weekly discussion: How do you use game walkthroughs?