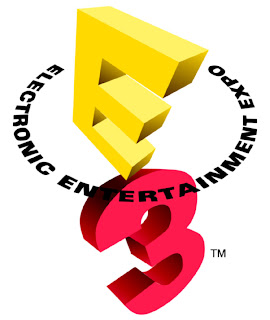 As most fans of the games industry would have noticed, there was a show that happened this week, called E3. This “little” event has basically given us the full overview of the games that we will be playing, and the consoles that we’ll be playing them on through the rest of the year and into next year.

Naturally everyone has their highlights (please let us know yours in the comments below), but we’d like to take this Friday 10s to sum up what had us most excited from this year’s show. 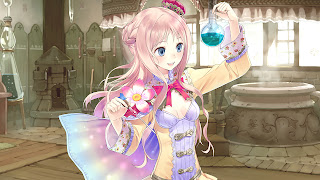 – Atelier Meruru on Vita gets a trailer!

So here’s the thing – I love Atelier Meruru. As time goes on it is getting dangerously close to knocking Nier off as the game I have a personal connection to beyond any other game. It is happy, it is charming, it is GUST at its gentle-but-there otaku finest. It’s fanservice with class, it’s hardcore JRPG made accessible. It’s a game that I really wish more people would play before claiming that the JRPG is dead because Final Fantasy XIII wasn’t Final Fantasy VII-2. Thankfully the game has a second chance to sell a boatload of copies – it’s coming to the Vita. So download the darned thing. The E3 trailer was ace, BTW, that’s why it’s on my list here. 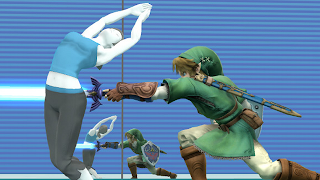 I flippin’ hate that Wii Fit trainer. I can spend weeks working on that core strength and going for morning jogs through Wuhu island, and then inevitably I get a smug HAL-like depersonalised score from a featureless trainer at the end that never reflects how ripped I am.

So Nintendo’s giving me the change to beat the living bejeebus out of him in the next Smash Bros game. It almost – almost – lets me forgive Nintendo for neglecting to bring Chocobo to the party. 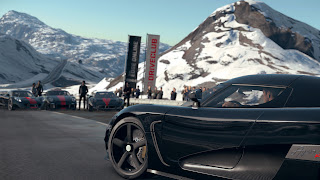 – Drive Club’s going to be free

I am a big advocate of PlayStation Plus. A subscription service that gives me 36 (if not more) games to play every year? That can’t be beat. I had assumed that it would be a while before the service started giving PlayStation 4 games away, but that isn’t the case at all. At launch, one of my most anticipated PS4 games will be free via Plus. Boy does Sony know how to make this nerd happy. 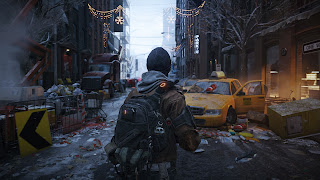 – Ubisoft has a Tom Clancy MMO on the way

I don’t even like Tom Clancy games. Aside from the early Splinter Cell games, they’ve always been this awkward mix of bland shooter and wannabe stealth/ tactics game. So colour me surprised that the more I see of The Division, a MMO/ shooter from Ubisoft with the Tom Clancy brand, the more I’m keen on it. I don’t know if it’s that ugly/ sexy post apocalyptic world, or the fact I can call down drone air strikes from my iPad, but I am hella keen on seeing more of this thing. 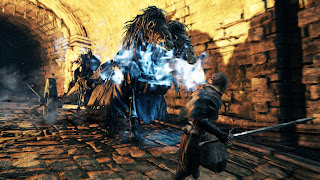 – Dark Souls II was already sold to us, but now we’re going to buy it twice

I’m one of the few that gets to claim I was a hardcore fan of From Software before they were cool. Stretching right back to the PlayStation One, From Software has been making “Souls” games… it’s just that they’ve been disguised as a series called “King’s Field.”

Now to be fair I’m kinda disappointed that Dark Souls, and to a lesser extent Demon’s Souls, have been built to appeal to the wannabe “hardcore gamer” market, and thus compromised the vision of those King’s Field games, but Dark Souls II still has me all kinds of excited, because there’s nothing so unique as these games in the industry. 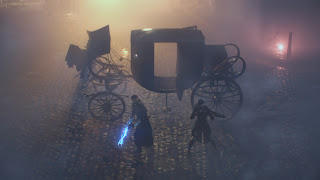 – Victorian England with Steampunk and Werewolves sold us a PS4

Sony knows how to get me going. From the opening few seconds of The Order 1886 – one of the first PS4 games showed at the Sony E3 presentation – I was sold on this game. Gothic meets Steampunk in Victorian England is positively Stokeresque. A lack of actual in-game footage has one stubborn part of me concerned with the end product, but in terms of getting my attention? Mission accomplished. 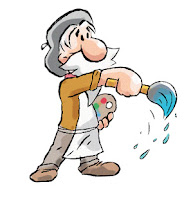 True story time! Way back when Nintendo first announced the Wii U I had one thought, and one thought alone: “Tablet + game console + Nintendo? Hey, that Art Academy thing would be pretty awesome!” Frankly, I am shocked and dismayed that this took so long to happen, but it is happening, and the announcement of an Art Academy Wii U title was a highlight of a presentation that held very little of real value to anyone that no longer swoons over every new Mario game. 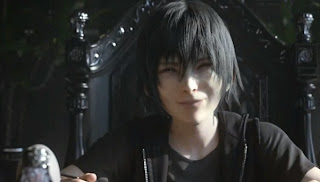 People didn’t believe. For years now I’ve had to deal with Square Enix “fans” assuming the worse. Final Fantasy Verses XIII, otherwise known as “that-game-that-was-going-to-forgive-SE-for-FFXIII” was delayed and delayed and even though Square Enix promised us it was in development, many assumed that they were lying and it had been quietly cancelled.

To those people: You were wrong. Deal with it. FFXV looks great.

– Yes, some people liked what they saw about the Xbox One

Digitally Downloaded staffer, Farida, quite liked the look of some of the Xbox One games, even if the business model around the console bewildered her. But that’s another story for another day. Here’s two of the highlights of the show from Farida’s point of view: 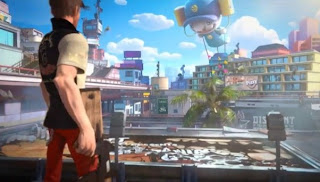 Believe it or not, this game is a strong contestant for my favourite display of Microsoft’s conference. A new début from Insomniac, the sudden vibrancy came as a wonder to the senses; the vast, colourful atmosphere coupled with the electrifying fast-paced action had me fidgeting in my seat. I’ve found it best described as a dazzlingly quirky hybrid of Jet-Set Radio, Borderlands and Mirror’s Edge. Overall and most notably, it looks set to be a game that serves as a welcome reimagining of what appears to be a post-apocalyptic survival experience. 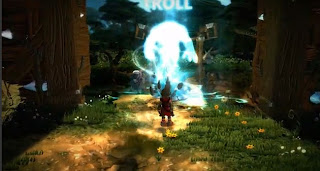 While I’m engaged with the concept of creativity in games, I’m often sceptical towards their execution – which, ironically, tends not to be quite imaginative in itself. With Project Spark however, I was instantly enraptured by how simple yet diverse the creative dynamics appeared. It doesn’t seem to have established a definitive identity yet (small-scale game designer? creative art software? or a game in itself?), so it’ll be interesting to see how Project Spark will ultimately become a product of whatever creative players are able to yield from it.

Review: Strength of the Sword 3 (PS3)

The weekly discussion: So, what games are you looking forward to?