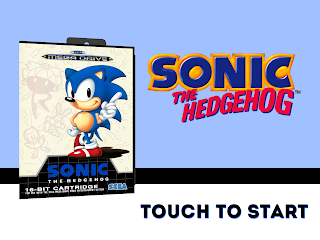 The original Sonic the Hedgehog was released for the Sega Mega Drive over 20 years ago. Considering it has been released more than 20 times since then though, you likely already knew that. Presumably in an effort to compete against the likes of Nintendo and Namco for most re-releases of a mascot-inspiring game, Sega has seen it fit to bring the blue blur’s first adventure to iOS…again.

Indeed, Sonic the Hedgehog already hit the App Store in 2009 and, despite being an unspectacular port, proved to be sufficient for most. I’d wager that it was sufficient enough for most to seek out the other titles in the series or move on entirely.
If you’ve got a hankering for the original Sonic though, this 2013 update actually has more going for it than any prior version (including console releases). In fact, it was built from the ground up by a different developer to the point where it hardly qualifies as an “update” in the traditional sense. If you passed the game up before, it may be worth reconsidering now.
For one thing, this port was handled by the gifted Christian Whitehead, who made the rather brilliant Sonic CD port a couple of years ago. That means the utter control precision is back in full force despite the whole virtual D-Pad. If for some reason you didn’t like the controls there, they’ve been enhanced to be even more adaptable here. Worry about having to use a touch screen to play Sonic should now be a nonfactor. 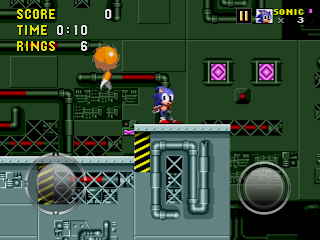 Most interesting of all is the addition of both Tails and Knuckles as playable characters. Though players have been able to smuggle Knuckles into Sonic 2 and Tails into Sonic 3 & Knuckles via lock-on technology for years, never before has it been possible to play as these two in Sonic’s debut title. They’re not just fancy sprite swaps of Sonic either; Tails retains his trademark ability to fly and Knuckles can climb and glide just masterfully.
Obviously the game was not designed with the mechanics of Sonic’s mammalian counterparts in mind so there are inevitably going to be some discrepancies in terms of exploration and general difficulty. Still, the new experiences offered by these two are going to be fresh. Adding such content to a game older than two decades is something genuinely special.
There is one major hitch to the extra characters though – they need to be unlocked by beating the game as Sonic while collecting all the Chaos Emeralds. There are no save states to abuse, no secret codes to unlock them, and very few tricks to work with. Thus, this is simply not a realistic task for most players and the only way they’ll ever get to experience one of the game’s major selling points is by sucking it up and powering through to the game’s perfect ending.
Even if you’re confident in your platforming skills, the whole concept of unlocking the exclusive content seems unnecessary. Clearly this enhanced port was produced to add incentive for players to double dip, so why force them to play through Sonic’s campaign once again to access the new material? 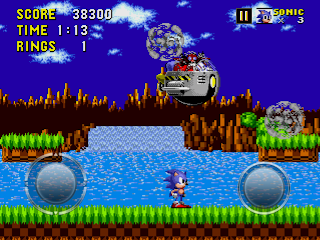 While you inevitably run through the aforementioned task, you’ll be pleasantly surprised to find that the soundtrack has been remastered to sound better than ever. Other features include a time attack mode, Game Center achievements, and leaderboards. These help to round out the package but I suspect many will not bother with them too much.
On a more personal note, playing Sonic the Hedgehog again reminds me why I love the sequels that much more. They feature greater pacing and level diversity as well as more content and challenge. Even the soundtracks appeal to me more despite this game’s admittedly iconic tunes. Though Sonic 1 is undeniably a classic, I feel as though all of its Mega Drive successors outshine it. And wouldn’t you know, Sonic 2 is slated for an iOS update as well.
Sonic the Hedgehog’s 2013 revision offers solid new content to a game that desperately needed it after a copious amount ports. Regrettably, the most precious of it is stashed away beyond the grasp of many players and other parties will be too burnt out to care. Newcomers may also be better served downloading Sonic CD or waiting for Sonic 2.