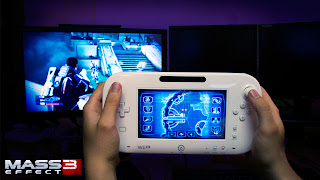 Some would call it “doom and gloom” reporting. I personally call it click baiting, but yep, Nintendo’s corner of the Internet did indeed explode with the news that EA has formally pulled all development from the Wii U console.

It’s actually not that interesting news – EA has been projecting a limited-to-non-existent interest in the Wii U for quite a while now, but if you’re interested in reading a little more, click here to head over to the NintendoLife report.

Now, EA is America’s worst company (though if you genuinely believe that, you might want to get out of the basement and explore what it really means to be an unethical company), so I guess I shouldn’t have been surprised as I was reading through the comments on that story. And of course NintendoLife in being a Nintendo-centric website does encourage a certain kind of person to sign up and participate in its discussions. But beyond NintendoLife, when I look at my Twitter feeds, or other websites that don’t claim a loyalty to Nintendo, the vast majority of the reactions to this announcement has been that somehow it’s EA’s fault that it is no longer supporting the Wii U. 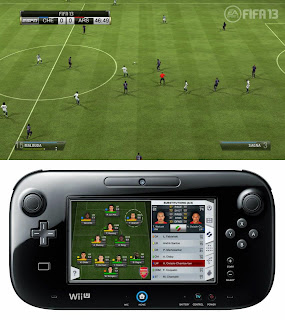 This also follows on from the news that EA can’t get the console Frostbite 3 engine running on the Wii U and decided to develop a watered-down Frostbite engine for the mobile platforms rather than the Wii U. Again, apparently this is entirely EA’s fault.

But here’s the thing; reports are indicating that Need for Speed: Most Wanted, despite being the superior version of the game, only managed to shift 20,000 units worldwide. Mass Effect 3 might have been an older game, but again it was the best version of the game and it was being sold to a new audience (Nintendo fans) at the launch of a new console when there were relatively few games to compete with; it fared only slightly better and sold 50,000 copies. FIFA 13 was admittedly a very poor version of that game, but the brand name alone should have seen it gain some traction in the market, but no, 70,000 or so. Three of EA’s most important franchises in other words managed to secure a miserable 140,000 sales worldwide – that would be considered an absolute failure for one EA game on another console.

To put this in perspective, Kingdoms of Amalur, an EA-published game and a major production costing about the same as a Mass Effect or FIFA game to develop, sunk its developer into bankruptcy and sold well over a million worldwide. EA considered Dead Space 3 a failure and it sold 880,000 in its first week. 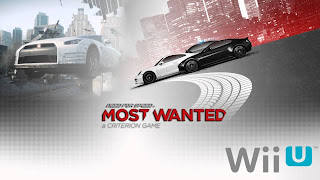 EA’s games on the Wii U haven’t just underperformed; they have been catastrophic. It would still be catastrophic if EA invested in a million-dollar advertising campaign to shift an additional 250,000 copies of the game (and that would make it one incredibly successful advertising campaign). If EA was relying on these Wii U games then EA would no longer be here.

Partnerships work both ways. Especially when a console is new and so sales figures won’t hit the multi-million mark, a third party publisher relies on the support of the platform holder to help it get games onto the console and then into enough people’s hands to justify the investment. Nintendo worked so incredibly closely with Ubisoft to promote ZombiU. At events leading up to the Wii U launch ZombiU dominated a big part of the play space. Similarly Nintendo supported Capcom by publishing Monster Hunter, Tecmo Koei by looking after Ninja Gaiden, and supported developers like Platinum Games by investing in games like Bayonetta. I saw no evidence of Nintendo supporting EA. Mass Effect 3 was not on show on Nintendo demonstration units in the pre-launch lead up events even as Assassin’s Creed 3 and Darksiders 2 was. Nintendo has yet to sign up to publish an EA game on its behalf.

Yes, EA and Nintendo did get up and promise an “unprecedented partnership” back at E3 when they were spruiking the Wii U. Yes, that obviously has fallen over. But guess what – partnerships are a two way thing, and there are a large number of people that might want to consider that EA might be the most extreme example, but there is a reason that a host of publishers both big and small are shying away from the console. Developers and publishers of all kinds of games, all levels of profitability and producers of content from AAA-grade to indie are not focusing their efforts on the Wii U. What is the constant among them? Nintendo. Logic would dictate that perhaps, just perhaps, Nintendo should do better by EA if Nintendo wants to keep EA as a partner.

The weekly discussion: What’s the most complex game you’ve ever played?