Marvel Comics announces Superior Spider-Man Team-Up, Aliens loses its Wii U motion tracker, and Dark Horse Comics celebrates 25 issues of DH Presents in this week’s BG News Wrap. Oh, and Star Wars 1313 was almost a Boba Fett game. But you didn’t want to play that did you?

Yes apparently the eagerly anticipated, amazingly cool looking, and super-original Star Wars 1313 was actually headed towards being a Boba Fett game where you could play as the bounty hunter. Just picture Star Wars Bounty Hunter with Boba instead of Jango in the lead role (and hopefully tons better) and you get the idea. 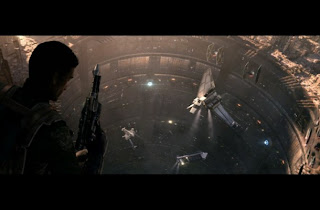 Reportedly, George Lucas himself made the change during development for unspecified reasons, though it hardly matter much now. With the game’s cancellation at the hands of new license holder Disney, it’s unlikely that anyone will get to strap on Fett’s jetpack and go for a spin any time soon.
Read the whole sad story here.
Aliens cancelled on Wii U 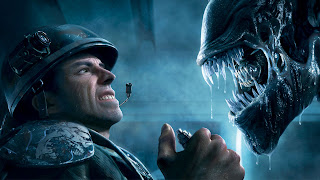 And coming as a surprise to absolutely no one (hopefully not anyway) Sega and Gearbox’ (?) Aliens: Colonial Marines will not be seeing the silence of space on Nintendo’s Wii U console.
The game was a massive flop both critically and in the sales department and hopefully, with this cancellation of the ‘superior’ Wii U version (according to Randy Pitchford anyway) we’ll not ever hear of it again. Though now that I think about it, we’ll probably have to sit through a few more updates for the PC version as Gearbox desperately struggles to make it remotely similar to the trailers.
So who’s up for it when it hits $5 on the Steam Holiday Sale?
Read the whole even sadder than Star Wars 1313 story here.

Oh and speaking of ‘superior’ Marvel’s mind-altered Octo-Spidey continues his bizarro trip through the Marvel Universe in a new team-up book starring the (pseudo) Web Head as he teams with a different hero each issue.
I have to admit, I’m torn on this one. On the one hand, I’m a sucker for superhero team-ups, but on the other hand I still can’t stand this weirdo angle that Marvel Comics and writer Dan Slott have playing in the Spider-Man corner of the Marvel U. And while I’m on the subject- wouldn’t one of the like billion psychics in the Marvel Universe have busted Otto by now?! I mean… seriously…
Anyway; “Superior’ Spider-Man, Marvel Superheroes, team ups.
Read more here.

In other comic news this week, Dark Horse Comics anthology series Dark Horse Presents is ripping it up and rolling on into its third year of publication with the upcoming issue #25.
The twenty-fifth issue is much the same as all the others in the book’s run so far, as it’s 80 pages are loaded for bear with cool stories and stuff that you might not have been exposed to otherwise. There is one pretty big difference though and that’s that Dark Horse is rolling out one of their bigget guns for the celebration- Buffy the Vampire Slayer.
Dark Horse Presents #25 will contain a brand new ‘Buffy’ tale (that you won’t find anywhere else) starring the Buffster’s protege Billy the Vampire Slayer. Billy trailed with Buffy and has set out on his own to purge his home town of zombie/vampire mutations.
For a full rundown of what else you’ll find contained within the covers of DHP #25, click here and read on dear reader.
The best of the rest