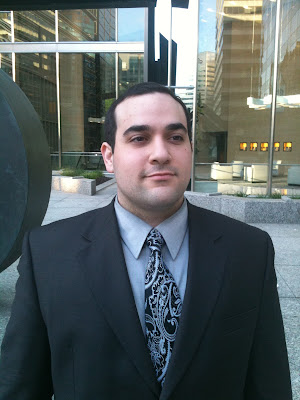 Many of us do not ponder about the capabilities of our word processors and spreadsheets programs. If the programs do the simple tasks that we ask of them, why bother? This is certainly the attitude that I usually have.

Little do we realise that those programs are amazingly powerful and most often justify the large price tags that are attached to them. Case in point; Arena.Xlsm, an RPG created entirely in Microsoft Excel 2007.
Created by Cary Walkin, a chartered accountant, Arena.Xlsm has over 1000 weapon variants, over 2000 enemy variants, 31 different spells, four different endings, and procedurally generated dungeons. That is quite impressive, especially considering that this was, once again, entirely created in Excel 2007. After playing Arena.Xlsm for myself, I got in contact with Cary Walkin and asked him several questions about the game and himself.

Digitally Downloaded (DD): Can you tell us a little bit about yourself and your background with video games?
Cary Walkin (CW): I’m a Chartered Accountant by profession. I’ve been working in public practice since 2007. I then went on a leave of absence to pursue an MBA at the Schulich School of Business. As a result of my professional background, my formal education has nothing to do with video games. However, I’ve been passionate about video games throughout my entire life so making a game has always been a goal of mine.
DD: How was Arena.Xlsm conceived? Boredom? Challenge? A (very) drunk bet?
CW: Arena.xlsm actually started as a hobby. I was taking a Microsoft Excel course as part of my MBA called Advanced Spreadsheet Modelling. It didn’t take long for me to start experimenting with the tools after class. By October 2012, I had realized that a full game could be possible and resolved to use this as an opportunity to be creative with Excel. I spent a little bit of time on it every night, maybe 2-3 hours per night in lieu of playing video games. Five months later, it became a full-length game that I could release online.
DD: How does one create an RPG in Microsoft Excel? Not many people see a spreadsheets program as a viable game engine.
CW: All of the coding is done using macros. All video games at their core involve the player interacting with something and then getting a response based on calculations as a result. This includes simple games like Fruit Ninja or more complicated games like Eve Online. A macro in Excel performs the exact same function, the user calls the macro, the macro calculates and outputs a response.
DD: During the creation of Arena.Xlsm, were there any games that you took inspiration from?
CW: The Binding of Isaac by Edmund McMillen was probably the game that had the largest influence on Arena.Xlsm. A lot of the game design was inspired by the web series Extra Credits.
DD: How flexible is Excel in terms of game creation? While Arena.Xlsm shows that Excel can handle turn-based games rather well, would it be possible for an individual or a team to create a platformer or action game of some kind?

CW: One of the reasons why I opted for a turn-based game is because that way it would be compatible with Microsoft Excel 2007. Excel 2010 does have the capacity for real-time animations. Here are some great examples of this: http://blogs.office.com/b/microsoft-excel/archive/2010/06/23/excel-2010-games-missile-command-and-tower-defense.aspx
DD: What are your views on individuals who are making games using unconventional tools and methods? Do you support them? Do you see them as working too hard to achieve what could otherwise be easily done?
CW: I support all individuals making games, regardless of platform, tools or methods. Games are an art form, people should be free to express themselves however they see fit. I’m an accountant, I use Excel every single day of my life, it was a natural fit for me to make a game using Excel. It blurs the lines between work and play.
DD: Are there any plans to expand upon Arena.Xlsm or convert the game into a non-Excel format?
CW: Arena.Xlsm is still getting updates. I updated it to version 1.1 on March 29. That update included a new feature to the game “Collections” where the player could collect various Easter eggs. I am currently working on version 1.2 which will be adding new terrain types, new enemies, new arenas… pretty much more of everything.
Regarding converting the game to a non-Excel format, I would be very eager to do this if there is a game publisher/developer who wanted to work with me on it. You may have been able to guess from Arena.Xlsm’s graphics, I can’t draw very well and having the game be successful on other platforms would likely require art. Furthermore, working with a team would allow for a much faster turnaround time than the 5 months it took me to make the game from scratch.
DD: What games are you playing at the moment?
CW: I haven’t had much time for games lately! I recently completed Starcraft II: Heart of the Swarm.
Share this