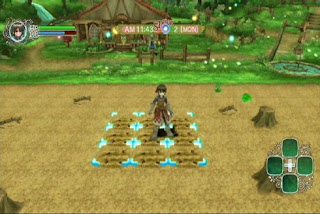 There is a killer piece over at Destructoid today that backs up a truism that pundits often seem to forget; playing games – even loving them – does not always entitle fans to know what is a good game.

Rune Factory is, of course, that spinoff series from Harvest Moon that throws in dungeon exploration and combat. Because, you know, it can. It’s gone on to be arguably even more popular and critically acclaimed than Harvest Moon, and many, if not most Harvest Moon fans also love the Rune Factory series.

One of the great tensions of the games industry is that half the community cry out in pain over iterative game releases (Call of Duty) that don’t change basic formulas for fear of upsetting fans. The other half of the community complain bitterly when developers do anything different with their beloved characters and franchises.

Neither argument is necessarily rational – iterative game releases are fine provided the original game was good fun, and there’s no real reason to assume that changes are for the worse until you’ve experienced the game first-hand. And yet these arguments continue, and many developers must now feel like they’re walking on eggshells for fear of upsetting either crowd.

We don’t need developers walking on eggshells. For creativity to exist in the industry gamers need to start giving the people who make these games at least a chance to follow through with their vision. Sometimes the idea will fall flat. That’s OK, because on balance the industry will be far healthier and people will enjoy a far wider range of creative ideas to engage with.

Thank goodness that sometimes developers are able to fight through the resistance to realise their vision. Fans, after all, are consumers, not producers of content. Sometimes, just sometimes, having some experience in making games helps a person decide what makes a game fun.