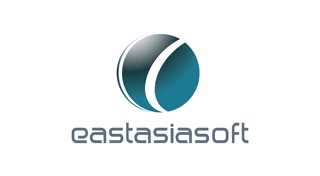 Hong Kong-based eastasiasoft has really exploded onto the development scene. It kicked business off just a few years ago (2007), and has already found itself in possession of a very valuable cult-hit franchise in Rainbow Moon and the upcoming Rainbow Skies.

It’s an interesting time to be a start-up games publisher though. There’s a massive upheaval in the very business models that have traditionally paid the bills for publishers, and this can be a difficult time to try and “buy into” the industry.

We sat down with eastasiasoft’s General Manager, Nils Ngai, to get his input into the challenges in being a startup publisher, its plans for future game development, and where it sees the industry heading in the future.

Digitally Downloaded (DD): What is eastasiasoft’s priorities for the next year?
Nils Ngai (NN): This year is going to be quite busy for us. Together with our main development partner SideQuest Studios, we are currently working on Rainbow Moon for PlayStation Vita (which will be out in 2013) and our new game Rainbow Skies (which is coming some time in 2014).

There are also going to be a few minor releases. We will finally be bringing some of our games to the Japanese PlayStation Store and maybe there will still be one or two other surprises later this year.

(Check out our review of the original Rainbow Moon, available on the PlayStation Network) 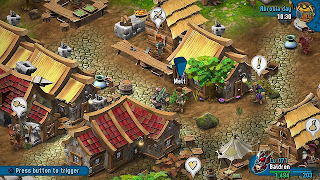 DD: You’re a new company, formed in 2007. What encouraged you to set up a games publishing business?
NN: Originally eastasiasoft and SideQuest Studios were set up at the same time by people that shared the same passion and interest. All of us enjoyed playing and working in the video games industry and we felt that many of the great gaming ideas that were so successful back in the ’80s and ’90s are hard to find in modern concepts.

When we started working on our first game, it was still the beginning of the big indie movement that we have witnessed since then. It’s great to see how the gaming industry has changed in the last couple of years and that there are so many great success story from smaller companies that don’t release AAA games.

Just like back in 2007 when we started, we are still staying true to our roots and hopefully there will be a lot more years (and games) to come.

DD: Hong Kong is emerging as a centre for the games industry in Asia Pacific. What is the appeal of setting up a games company there?
NN: Hong Kong is a great place to be as a gamer, it’s kind of east meets west. We are getting to play all the great games from Japan as well as US & Europe.

In terms of game development, Hong Kong is unfortunately still very much at its grassroots but I can feel that it’s constantly growing. The majority of game developers here are focusing on mobile and casual games but there are also a few smaller studios that are working on interesting games for consoles and PCs.

DD: Rainbow Moon is your main product so far. Are you looking to expand and form relationships with other developers? If so, what are you looking for?
NN: Prior to Rainbow Moon, we have released two more games for the PlayStation 3: Söldner-X: Himmelsstürmer and Söldner-X 2: Final Prototype. Both games were also developed in partnership with SideQuest Studios.

We have also developed a few mobile games in-house, however in the future we will mostly be focusing on console releases.

We are open to new projects and ideas but ultimately we are just a small company with limited resources. This means that you will usually not see more than one major release from us each year. 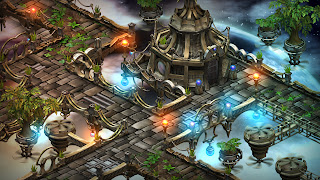 DD: How have you found the experience of working with Sony on the PlayStation platforms, and do you plan to continue to support it with the PlayStation 4?
NN: The support has been great and it has mostly been a very positive experience. Although we are just a small company, Sony has always supported us all the way and we’ve never felt neglected. We don’t have any concrete plans for the PlayStation 4 at the moment, but ultimately we’d like to bring some games to the system.

DD: The games industry is in a state of flux right now. How can a independent publisher keep a competitive edge in such a market?
NN: It’s indeed a very difficult market environment. There have been so many market changes recently, including many new platforms and the entire uprising of the indie community thanks to digital distribution.

I think most important will be to find the right niche and to focus on what we can and like to do without thinking and worrying too much about anything else. It will be more important than ever to listen to our fans and make games that they want to play.

DD: What process do you go through when looking to discover new games to publish?
NN: Most of the games that we have published, were actually co-produced by us. The original idea of our first Söldner-X game came from us and we are also exchanging ideas whenever we work on a new game with SideQuest Studios.

We usually sit down and brainstorm ideas. It’s a very small round, so everyone gets a say in it. Once we got a basic concept and idea of what kind of game we want to make, we write down, finalise details and estimate the work effort.

Since we are all gamers and love to improve here and there without ever thinking too much about profits, our games are often further fine-tuned and improved later on before they are ready for launch.

Instead we will keep looking for niche markets and make games that we’d love to play. It will be interesting to see what the future holds…

DD: Finally, what games are you playing at the moment?
NN: As long as time allows, I play all kind of games, old and new. Games that I have played recently include Ni No Kuni, Okami HD, Asura’s Wrath, Persona 4 Golden and Ginga Force.