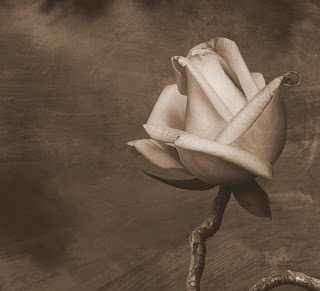 We’re less that half a day away from a major product unveil. Sony is almost certainly going to pull the wraps off the PlayStation 4, and we’re all about to see the future of a great – but of late struggling – company.

Naturally Twitter is abuzz with excitement of what’s to come, but one specific hashtag tonight (tonight in Australia, anyway), has caught my eye in a real way – #PlayStationMemories.

About to enter its fourth generation, it’s fair to say that there are some people who, if they haven’t grown up entirely with PlayStation products, have had them for a sizable percentage of their lives. The original PlayStation is now legitimately retro, the PlayStation 2 has a massive catalogue of brilliant games that few – if any – will work through, and slow start aside the PlayStation 3 has evolved into a wonderful gaming and entertainment device in its own right.

So here are my top ten #PlayStationMemories. I encourage you all, as we build to to the big launch, to contribute your own in the discussion below. It’s now very exciting stuff:

I loved the SNES and Game Boy Final Fantasy games. They were epic, entertaining, and remain for many the epitome of a wonderful JRPG series. But no one can deny that Final Fantasy VII ignited the imaginations of an entire console generation. This was epic, turned up to 11.

Horror games existed before Resident Evil. There was Alone in the Dark, and it was hardly a minnow. But Capcom showed the world how it was really done, and in the process nearly singlehandeldly created a new console game genre. Boy did that game scare the bejeebus out of a young me, who really shouldn’t have been playing such games alone in the dark.

3) That game made me cry. Games shouldn’t be able to do that.

Final Fantasy X was the first game that made me cry. Though the acting and scripting was deeply flawed throughout, the one particular FMV scene, about 40 hours into the game, where the hauntingly beautiful Suteki Da Ne played over a late night lake swim with Tidus and Yuna was incredibly bittersweet, and as I was 40 hours in, these characters had well and truly connected with me.

4) And here I discovered my love for weird Japanese things.

Anyone remember Gregory Horror Show? It was a pretty niche game based on a fairly niche Japanese animation. I picked it up on a whim because it was cheap on the PlayStation 2, and about an hour later realised that the Japanese were capable of a wonderfully warped and charming sense of humour. Mind you, the actual TV series is better than the game, but the game introduced it to me.

5) The PSP. Otherwise known as that little handheld that could (do JRPGs).

The PSP was, in the west, a middling success at best. In Japan it did just wonderfully. By the time I picked one up I knew enough Japanese to decide to simply hook it up to the PlayStation Network in Japan. As a fan of JRPGs I don’t think I played another console for months.

As someone who likes importing games – especially from Japan – it has been an endless source of frustration to me that Nintendo and Microsoft insist that I buy extra hardware in the form of a second console to do that. But not Sony. Sony realised that region locking was rather silly and I hope the PlayStation 4 continues that trend, because it’s a major selling point for me.

My most recent PlayStation memory that will stick with me for a long time. Studio Ghibli animation in HD, with a very charming, traditional JRPG backing it up? I’m not ashamed to admit a cried a little again.

8) Thanks to you, Mr. Sony, I’ve discovered games I would never have played.

PlayStation Plus has given me some incredible memories to take away from my time with both the PS3 and Vita. Because of it I’ve played games that I would not normally pay to experience. As great as Red Dead Redemption is, I don’t generally buy open world games, not when there’s a million JRPGs to chose from. So I am glad that Sony’s little subscription system has allowed me to broaden my horizons.

9) Finally, a cricket game worth sinking months into.

I am a huge fan of cricket. It’s a very Commonwealth sport to be into. Because no one in the US understands cricket, much less wants to play it, it’s also a sport that has never had a big-budget game produced to capture it. Enter Ashes Cricket on the PS3. Not the perfect game, but a very atmospheric and relatively deep version of the sport. One of my favourite sports games of all time.

Dead or Alive 5 really matured the series. It’s also the game that got my wife into console gaming. She’s a fighting game fan, and she discovered that the mechanics and style of DoA 5 appealed to her the most. And so, Sony’s PlayStation 3 has given me, literally, hundreds of hours of good quality entertainment with my wife.

And Hitomi. Can’t forget that.

I’m really looking forward to hearing everyone else’s precious Sony memories in the lead up to the console that will hopefully provide us many more.

Let loose with the typing, and happy gaming ^_^

Trailer: The Legend of Heroes: Sen no Kiseki