I have found Guardian Cross to be one of my favorite mobile games so far this year. It blends CCG elements with a hunting game and offers up both single player and competitive modes. In general I am a big fan of Square Enix and have found their free game to be entertaining enough that I scored it four out of five stars in my review earlier this year. 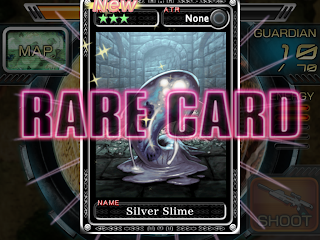 Guardian Cross has had a handful of events lately I thought I would share. For starters, there is a new hunting ground called Deadmoon Desert. Also, in celebration of the iOS release of Final Fantasy IV, Guardian Cross has introduced some top end Elemental Archfiends that can be captured.

Their competitive arenas usually run on a one week schedule, but they are making an exception over the coming week or so. Their Special Holiday Coliseum Schedule includes a Christmas Cup that runs through the end of today. Then they will hold a special 3rd Christmas Cup Monday and Tuesday only.

When that is completed, there will be a Countdown Coliseum that runs from December 26th through December 301st.

Following that will be a special New Year cup running January 1st through 6th. After that, the regular weekly Coliseum schedule will resume Monday, January 7th. 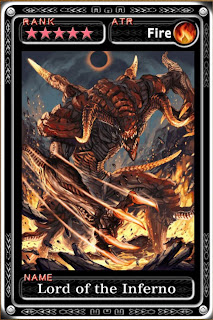 If you were already a player on Guardian Cross, you will want to have your decks ready to go. If you are new or thinking about becoming a new player, now would be a great time to sign up. All of these Coliseums have three levels of entry, so even newer players can an opportunity to do well and each of these contests has some pretty significant prizes for top finishers.

If you are new to the game and want to get a leg up, feel free to use my referral code. It will help to get you off to a quicker start (note that the code is case sensitive):