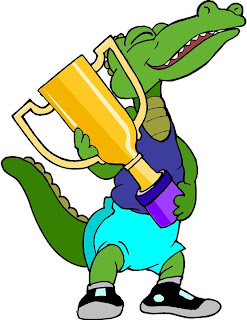 It’s almost the end of the year, and almost all the big games of the year have been released. That means it’s awards time!

Because games are all about the people that play them, we’re going to open this year’s “best of” awards to our readers. Vote for your favourite and see it at the top.
We’ve created a short survey to give everyone the chance to vote for their favourite games across a wide range of categories. You can vote for as many, or as few categories as you’d like.
You can also vote for any game that you’d like. The only rule? It needs to have been released at some stage after January 1, 2012, for the first time, somewhere in the world. If the game has been available in the US for 10 years, but only just released in Nigeria, then it qualifies.
Now, we know that a year is a long time, and there’s been a spectacular range of games released in the year. So to help jog your memories, the team at Digitally Downloaded have pulled together a short list of 10 or so games for each category. Do not feel the need to vote for one of these games if you don’t want to (that’s what the “other” button is for!) They’re simple suggestions, and also in no way indicative of our favourite games of the year.
One other thing to note before you get clicking – this year we have opted not to feature either the Wii or Wii U, for a couple of simple reasons: The Wii U is going to be far too new to the market to be justifiably part of a “best games of the year” list. The Wii, meanwhile, has had a few great game releases this year, but has only been a few, and only one of those has been downloadable (La-Mulana), and so, out of respect for a console that deserves far better than its last year, we’ve decided not to put it into comparison with the games lineup of other consoles.
What we will do after the Wii U launches is a separate poll for “the best launch title,” and that will be in effect our Nintendo home console game of the year category.
All that administration aside, please get voting, and thank you for reading Digitally Downloaded this year!
Click here to vote
Share this

New The Game Atelier title leaps to iOS this Wednesday