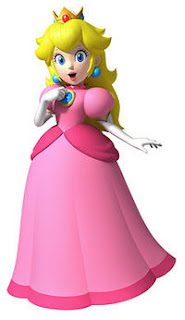 Recently a really interesting discussion topic emerged over at the NintendoLife forums: it started with a simple question “what if Link was a girl?” and evolved into a broader discussion about Nintendo and its approach to gender in its games.

Let’s start with the easy two characters – the princesses Zelda and Peach. These two characters are two of Nintendo’s most prominent female roles, and throughout almost the entire history of Nintendo games, they have been bound by a similar theme – these are women in distress. They’re either prisoners of the game’s ultimate boss, or they’re unable to effect change in the world without the direct assistance of the (male) hero.

In this way Zelda and Peach are typically presented as rewards for a job well done. They are essentially virtual trophies, and this goes to the very definition of objectification.

Now, a common counter-argument is that “it’s tradition/ if it ain’t broke, don’t fix it.” These people essentially claim that as modern fairy tales, the simple plots of both games excuse maintaining a traditional approach to the relationship between men (heroes) and women (victims). The problem with this argument is twofold – firstly, the fairy tale is an obsolete plot device now precisely because it reinforces negative gender bias, but more importantly this argument ignores the fact that both the Mario and Zelda franchise began life in the 80s. At that time the games industry was largely focused on appealing to the male youth market – the teenage and young adult boys. This was not an industry overly concerned with fair representation of the genders, and it was not an industry that was all that important as an entertainment medium. In other words it sat on the periphery of society, where gender ethics are easily overlooked.

Fast forward to now, and men and women of all ages play games, and the games industry is one of the most important forms of media in the world. Suddenly gender ethics are very important. Like cinema and literature before it, games now play a significant role as a social barometer – the values reflected in games are based on the attitudes of society. In other words, the games industry is now a cultural influence, as other forms of art have been in the past.

Japan is a nation where traditional male/ female roles still dominate. Men are the breadwinners, women are the house keepers. This much explains why Nintendo has been able to maintain an approach to storytelling that the western world has largely left behind, but it is high time for an update, I would argue. Those rare times where Nintendo have let Peach and Zelda come to the fore as characters, they have invariably done so in such a way that the sexism remains a concern. For an obvious example, look at Princess Peach in Super Princess Peach on the Nintendo DS – the first time she’s a leading character she is excessively feminised and Peach is characterised as being excessively emotional – indeed emotions are turned into a core gameplay mechanic in Super Princess Peach, unnecessarily drawing attention to female stereotypes. 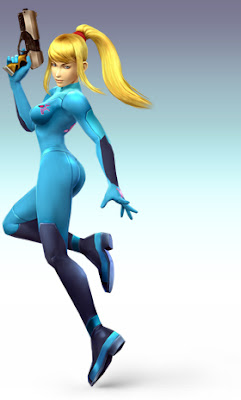 Let me explain. In the original Metroid game on the NES, there was no indication that Samus was a female character. Indeed, the instruction manual introduced her as a “he.” What a surprise it was to complete the game, then, and find that Samus when stripped down to a bikini was indeed a woman! And that is our first introduction to Samus the female; a bikini-clad reward for playing the game well. Until that point, we all thought she was, in fact, male.

With subsequent games we were, of course, aware that Samus was actually female, and yet Nintendo continued to dress her in the armour that was masculine enough to fool us through the first game, and continues to hide Samus’ femininity until the end of the game, where it was presented as a sexualised graphic.

The issue here is that Samus can apparently only be a ‘strong’ woman when she dresses as, and behaves as a man. Or, alternatively, her only value as a woman is as a semi-naked reward for finishing the game. This is not female empowerment.

Compare to Metroid’s close inspiration, the Alien movies. Sigourney Weaver’s Ripley (the film equivalent to Samus) is at all times a woman. What she accomplishes in each film she accomplishes as a woman. She is never objectified, and nor do the Alien films treat her maternal instincts as a weakness. It is a stark contrast to the Metroid games, where the developers have continued to feel the need to “cover up” Samus’ femininity.

That is, until the later games, and specifically Other M on the Nintendo Wii. That game almost relishes Samus’ femininity, but it’s at the expense of her strength. The more the series acknowledges Samus’ maternal instincts (such as her relationship with the baby Metroid), and the more it is willing to uncover her face and body in cut scenes and the like, the more the series also presents Samus as a subservient character to the grander whims of her male peers – in this case, Adam. It seems that the only way that Samus can be a female is if she is following orders.

We are starting to see a more progressive approach to female roles in games – Juliet Starling is a remarkably empowered female character, and the rebooted Lara Croft tale looks to be a deeply human one. It is high time that Nintendo started to look at building female heroes that don’t need to be disguised as men, subservient to men or in desperate need of rescuing by men.

This is a very interesting topic to debate – I’ve outlined my opinion above and I’d love to hear constructive comments from people who either agree or disagree below!