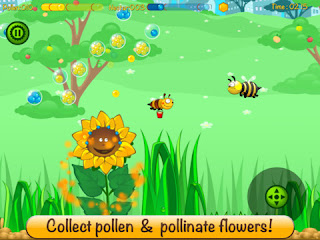 Recently at the EBGames expo I spent quite a bit of time perusing the home grown pavilion chatting with various games designers about their projects, their experiences at the expo and how as a fellow Australian I could show some support or participate in the success of their games.

I caught up with Alexey Vlaskin whose game, BeBee the Bee, was on show at the expo. I could make a joke about the buzz around the game but I am pretty sure you would’ve already thought it so instead I will proceed with a few questions I had for him:

Digitally Downloaded (DD): So what is the history of Bebee the Bee? Who created Bebee?
Alexey Vlaskin (AV): It was my idea to make a game with something flying, but initially it was a aircraft that could bomb cities. Later I decided to change the idea to something more children’s friendly and transform aircrafts to a bee. Working together with a very talented graphic designer and animator we made Bebee look and act like a real life creature.

DD: What was your reason for creating the game?
AV: There are plenty of games in the Apple store. Some of them are not really good games and lots of them have violence and blood. The idea was to make fun game without violence for kind children, children who are driven by curiosity to learn about nature.

DD: Have you worked on any other games? If so, what?
AV: No, that is my first game. It hard to make something good when you do it the first time. But this game has been validated, tested and improved together with IGDA Sydney community so now it is really fun to play it.

DD: At the moment it is available for iPad, are you planning on making it available on other consoles or devices?
AV: Yes, I am going to port it to iPhone and possibly Mac as well.

DD: How have you found the reception to the game thus far?
AV: I think that reception is very good. The game has been played by more than 300 children at EB Expo and iFest Sydney and about 85 per cent of children who played it gave us very positive feedback and they really want to play it more.

DD: What was your impression of the EBGames Expo as a game developer? 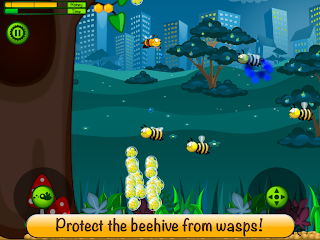 AV: It is a great event for me as a developer and as a gamer. I have got lots of feedback from children and parents and I played some game that are interested to me. I have some new posters on my wall. It is also a great opportunity to talk to colleagues who make games and to meet journalists to share or discuss with them a new game.

DD: Are there any other games in the works for the future perhaps?
AV: Yes, I am thinking about making a game for very small kids. Something cute and simple to play.

As for the game itself it plays really simply as you would expect from a game targeted at younger children. Involving simple tapping and swiping mechanics I found to be very responsive.

Short levels mean a short attention span from children wont detract from the game at all whilst challenges require thought and dexterity both. Graphically it has a lot of bright colours and looks really vibrant and alive whilst not overdoing the “cutesyness”.

There is a great element of realism and education to be found in here too. You can interact with your surroundings to find out the names of various flowers all the while you are carrying out and learning what bees actually do, which is pollinating flowers.

Obviously this is a game targeted at younger children namely parents with younger children. It is a great game to keep on your iPad just in case you ever do have kids around and you want to give them something to do for a while and not feel bad about it being violent or too difficult heck you could even call it educational.

In fact, that last point is absolutely the best reason to get kids playing the game. It’s fun, yes, but it also raises awareness for a very real (and incredibly serious) issue facing the bee and honey industry right now. Look up “Colony Collapse Disorder” (CCD) for more information.

Or just play this game.

The industry underestimates mobile gaming – and it‘s costing us