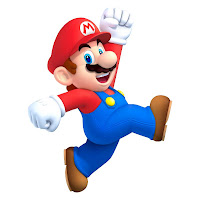 Nintendo has released its eShop offerings for the rest of 2012 today. There are a few neat surprises on the list including a couple that old school Konami fans should be very happy with.

I haven’t even heard the names Mystical Ninja or Goemon in a long, long, time so it’s nice to see the little guy back in action- and is there anybody who doesn’t like Gradius? For fans of Nintendo’s in house characters, there’s Wario Land 2 and that ever divisive side-scrolling Zelda quest- Link’s Adventure to download.

There’s a bunch of other cool stuff to fill in any spots in your Holiday gaming too (Pokemon fans should feel well taken care of), so get to reading:

It should be noted too, that this is just a partial listing of what’s on tap and Nintendo went out of their way to state as much in the press release. So with that, I’m sure there’ll probably be a couple of little surprises here and there as we move forward.

And speaking of moving forward, also released today is a listing of the DS console family’s retail offerings for the season. Some very heavy hitters in that catalog including Paper Mario, Epic Mickey 2 (which looks absolutely amazing in its portable incarnation), and Skylanders Giants.