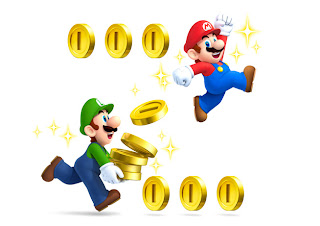 Nintendo’s first attempt at releasing a game both at retail, and for download over its eShop network, has been met with some real controversy. Nintendo has opted to price the download at the same RRP as the physical copy of the game, and as retailers are doing what retailers do and slashing their margins to compete with one another, gamers are naturally crying “ripoff” to the digital download price.

Except it’s not really. Nintendo has its hands tied here, and I think it’s really unfair to have expected Nintendo to ever undercut its retail partners.

What retailers do with that 25 per cent is up to them. In the interest of being competitive with one another, they’ll typically sell the game at a lower price – taking less margin in order to convince the consumer to buy their copy of the game instead of the retailer down the street.

With me so far? That’s basic retailing theory, and it’s been how things have worked since the start of the industry.

So why has Nintendo priced its game at the RRP, rather than meet the price of the retailers? It’s simple; that 25 per cent margin between the price Nintendo is selling the game to the retailers for, and the price the retailers charge for the game is the retailer’s money to do with as they please. For Nintendo to compete with this would be a risk of upsetting the retailers – being directly competitive with them, essentially.

Upsetting retailers is never a good idea for a company that relies on them – and Nintendo does have a new console due this year. By the same token, Nintendo was at a point where to deny those people that do like to download their games would be to start falling behind the competition. The only option? To release games for download, yes, but at a price aimed to protect the relationship with the retailer.

At some stage Nintendo’s games will be at a price more “fair” when they’re available for download. That’s the point where physical copies of games are at a point where they’re not necessary for a publisher like Nintendo to survive, and the role of a retailer moves from being the most important way to distribute a major release, to become a place exclusively for collectors – a bit like the videogame equivalent of vinyl, so to speak.

That’s not going to happen until fast Internet connections become near-universal and download-only platforms start to get some real traction. Until then, a company like Nintendo has to find a way to work harmoniously with its retail partners, and protecting their margins is a critical part of that.