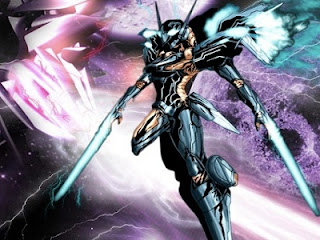 Each year Konami does this pre E3-show thing. Seems a little pointless to us, since it means less surprises at the show, but oh well. This year’s pre E3 show is some interesting watching nonetheless.

You can have a look for yourself here.

The big one from our perspective is the news that Konami’s new studio will be focusing on social and mobile games (welcome to the party, Konami), and that those games will be published in collaboration with Zynga.

It’s great news for Zynga, who has taken a bit of a battering in recent months – especially with Facebook, which Zynga is utterly dependent on – underperforming on the stock market. The revenue boost from becoming a social publisher should help shore up things.

Other bits and pieces include a few tantalising tidbits on the incremental upgrades to this year’s PES release, and some information on the Zone of the Enders HD release.