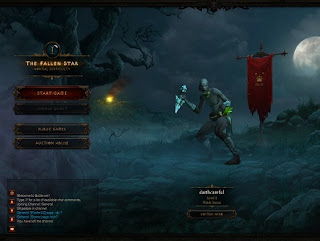 Diablo 3 is the biggest game on the planet right now, so it’s likely that you’ve already formed an opinion on it. You might hate it for its always-on DRM and the regular Error 37s that stop you connecting to the server. Maybe you’re a fan and you’ve completed it twice already. Or you might just be an average gamer wondering what the fuss is all about. Whatever your outlook, Digitally Downloaded has got you covered. With such a wide range of viewpoints, Diablo 3 needs several different reviews, and we’ve shamelessly borrowed the format of the old Fighting Fantasy gamebooks to make it happen. Are you ready to choose your own review? Start with Chapter 1 and let your adventure commence!

C1: Have you played Diablo 1 or Diablo 2? If you have, and you loved their scaly demonic hides, go to Chapter 3. If you haven’t, or you were unconvinced of their awesomeness, turn to C2 instead.

C2: Are you an Angry Internet Person? If the idea of restrictive anti-piracy measures and nasty lag makes your blood boil, go to C5. If you are an oasis of Zen-like calm in the face of such horrors, go to C4. 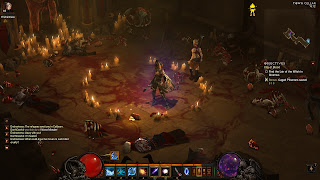 C3: If you’re already a fan of the Diablo universe then you’re in for a treat. Blizzard have taken everything that’s good about the series and polished it with the blood of a Bile Crawler until it gives off an impossibly brilliant shine. The core gameplay never progresses much beyond the familiar click-to-attack template, but there are plenty of distractions to take your mind off that. For a start, there’s loot. More loot than you can reasonably keep track of. If it’s particularly good loot then you can auction it off to other players for in-game currency or (more controversially) real cash money. Loot has always been the secret behind Diablo’s addictive pull, and Diablo 3 has piles of it.

Another fine distraction comes in the choice of characters. Each of the five playable classes has its own upgrade tree, and it’s essential to tinker around to find the best magic and weapon combination for your play style. The characters are beautifully realised, and they’re different enough to justify several replays of the main campaign. And there’s more. As the story progresses, you gain followers that can be upgraded in much same way. Your path will be sprinkled with challenge dungeons which offer rewards for defeating powerful monsters or reaching the exit before time runs out. There are environmental hazards to trap unsuspecting enemies. There’s a hardcore mode for those who feel that death should be permanent. Finally, there’s a massive online component which means you’ll never feel lonely ever again. It’s safe to say that Blizzard have taken the core game and stuffed it with so much additional stuff that the mountain of stuff is in danger of imploding under the weight of its own gravitational pull. 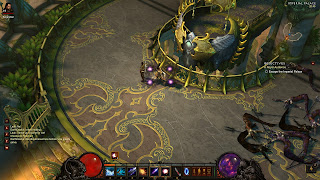 The thing that stops this becoming an unwieldy mess is the lavishness of the whole affair. The production values are stunning. The compelling story is backed up with gorgeous cut-scenes and even the narration is customised to the gender and class of your character. There are times when this attention to detail slips – the wilderness maps can be bland, and desert levels go on for far too long, for example – but Diablo 3 is still the slickest, most polished Action RPG ever released. If you’re a fan of the series, then your personal review ends here, with a glorious total of 4.5 stars. Now turn to Chapter 6.

C4: If you’re reading this, it’s because you’re new to the series or you’re not convinced by the whole Blizzard mythology. Before you get too much further, give Chapter 3 a quick scan. Diablo is all of that. Compelling, addictive and slick. However, none of that changes the fact that it’s still an Action RPG. If you want intellectual stimulation or emotional engagement then you won’t find it here. Instead, you’ll get a cynically Pavlovian grind that rewards progress with shiny things, leading to more progress and more shiny things, ad infinitum. This makes it hugely enjoyable, but there’s a vacuousness at its core that’s hard to ignore. This means that your personal Diablo 3 review ends with a creditable-but-not-perfect four stars. Now turn to Chapter 6. 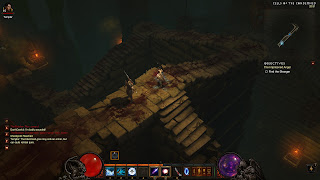 C5: You’re here because you’re concerned about Diablo’s requirement for an always-on connection. Make no mistake: this is a multiplayer game that (paradoxically) happens to have a single-player campaign at its heart. All of your games are hosted on Blizzard’s servers, so it’s impossible to avoid the much-publicised sign-in woes or issues associated with a less-than-adequate internet connection. Worse still, this means that you’ll occasionally experience lag even when you’re playing on your own. Still, it’s not all gloom. One benefit is that Diablo is a very sociable affair. It’s very easy to invite other players into your game and, while this leads to severe balancing issues if your party consists of characters of different levels, it’s a fun and easy way to connect with friends. Additionally, game progress is saved to the cloud, so all is not lost should your computer die in the middle of the campaign. However, there’s no doubting that Diablo’s MMO trappings are intensely annoying to those who only care about the single player game, so your personal review ends with a measly two stars. Now go to Chapter 6.

C6: Congratulations! You now have your very own personalised Diablo 3 review. So what are we to make of it all? On one hand, we have an entertaining and feature-packed game that most people will love. On the other, the fundamental gameplayinternet issues to worry about. In the end, though, it’s all presented so very, very well. Diablo 3 may not be the groundbreaking title that its predecessors were, but I’d be willing to bet that anyone who forks out the steep asking price will find it fun for a while. And in the end, isn’t that what gaming is all about?